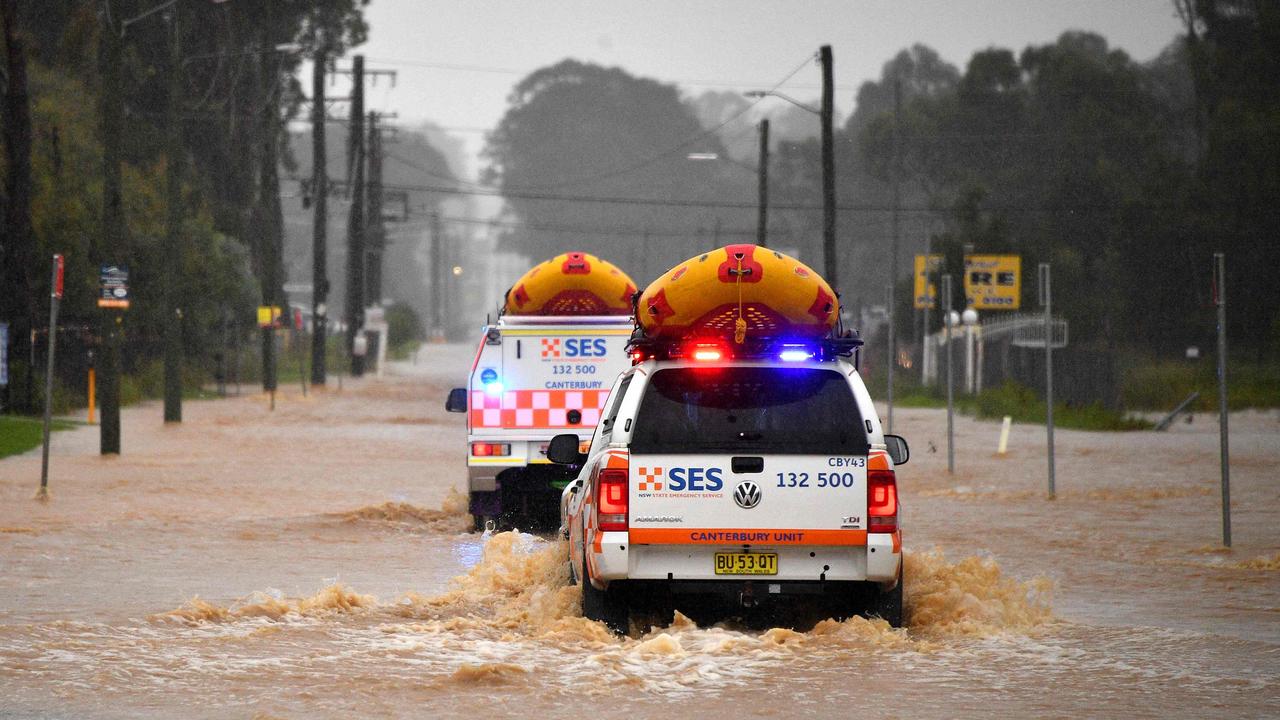 Australia is currently in the midst of a “once in a century” flooding event which has seen thousands of people evacuated from their homes. Sydney and some parts of New South Wales (NSW) have endured over 1000mm of rain in the past week, with even more due in the coming days. Around 10 million Australians remain in affected areas heading into Monday night, while several disaster zones have been declared, leading to 18,000 people being evacuated.

In the last several hours, the Australian Defence Force (ADF) joined rescue and relief efforts across Sydney and the state of NSW as more homes and lives are at risk. The Hawkesbury River poses the most concerning risk overnight, with water levels still rising, endangering thousands of homes within its catchment. For those in NSW, follow up to date evacuation warnings on the NSW SES Twitter feed. If your issue is an emergency, call 000.

RAAF Base Williamtown announced that no flights would be leaving Newcastle airport until at least midday on Wednesday 24th. Williamtown has seen in excess of 265mm of rain between Thursday and Sunday, which is over two months worth of rain. March, on average, is the wettest month of the year for the Newcastle area, normally recording 119mm of rain. However, there is nothing normal about the rainfall event we have seen over the past week.`

“Given the condition of the runway and an unfavourable weather forecast, the closure is currently scheduled to remain in place until midday Wednesday, March 24,” the airport states on its website.

“Regular assessments of the airfield will continue and may result in an earlier resumption of flights. All people booked or looking to fly before midday Wednesday should contact their airline directly for more details.”

Perhaps the most terrifying statistic to arise in the last day is the sheer amount of water flowing through Sydney’s greater basin. It’s estimated that Sydney harbour, the world’s largest natural harbour, contains 500 gigalitres of water. The Warragamba Dam, which began spilling its contents on Saturday evening, has a capacity of 2000 GL, of which 450 GL is flowing towards Western Sydney every day. This has caused the Hawkesbury river to rise drastically, posing imminent flood risks to vulnerable low-lying communities.

For an up-to-date live stream of all the news surrounding the Sydney flooding crisis, head to the nine news website.

What’s more Australian… Wedding in a natural disaster or getting a boat to the airport?

That’s exactly what Kate Fotheringham and her partner did when hero pilot Justin saved the wedding day in a chopper. Waking up on her wedding day, Kate realised she might have to face reality and call the wedding off when she discovered her parents’ property cut off by the flooding. The bride-to-be made an internet plea for help; enter Justin from Port Macquarie’s Affinity Aviation. Justin reportedly had to get a boat in order to access Port Macquarie airport and then fly a chopper to bring the wedding together. It was an incredible gesture and a day the wedded couple will never forget.

“I cannot say thank you enough. There is no way that I can possibly say how grateful we are. Not only did he have to get in a boat to get to the Port Macquarie airport, to get to the helicopter, to come to get us,” Kate speaking to 2GB Radio.

It’s been a rough few days for Australia. From bush fires and crippling droughts to extensive and life-threatening floods, there seems to be no respite.

If you are affected by the Australian floods, stay safe and stay strong.

Which Airline is the World's Biggest in Terms of Assets?

Read More
The Hainan Airlines Group (HNA), one of China’s largest asset investors with the solid background of a privately-owned…
Read More
Delaware will become the only US state without commercial airline service after Frontier withdraws its flights. Service…