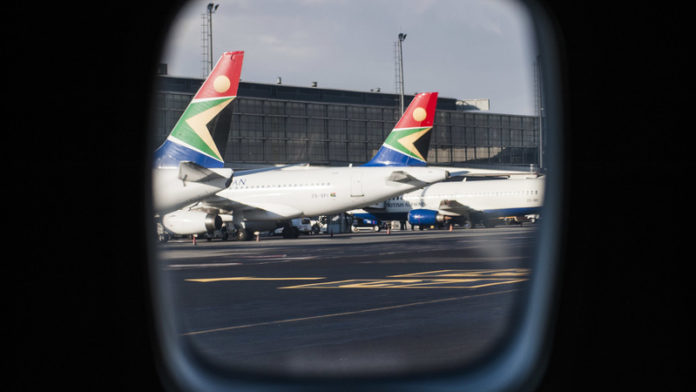 In 1852, the German philosopher and revolutionary Karl Marx, when referring to the French coup by Bonaparte, said ‘History repeats itself, first as tragedy then as farce.’

The ongoing saga of South African Airways is rapidly moving towards farce.

We have reported regularly on the unfolding tragedy of the airline. Under the direction of the government-appointed business rescue practitioners,

the state-owned SAA has attempted to sell its outdated A340 aircraft to raise funds, and flirted with the possibility of selling its slots at London Heathrow or perhaps leasing them elsewhere. It suspended domestic routes and an international one to Munich. It was only just able to secure emergency government funds to keep operating, approaching $260 million, but is expected to burn through that in a few weeks.

In the last few days, the business rescue team has directed that many more routes be cancelled since they are, they claim, making huge losses. The cancelled domestic routes are from Johannesburg to three of the smaller routes, leaving only Cape Town.

Regionally five are cancelled, including Entebbe in Uganda and Luanda in Angola, retaining 12 including Harare and Nairobi. Three long-haul routes are cancelled including Sao Paulo and Munich, retaining five, holding on to London and New York, Frankfurt, Perth and Washington.

Remembering that the practitioners are government-appointed, here’s where the farce occurs; President Ramaphosa (a former businessman) has objected to the cuts and wants answers, as does the Minister of Public Enterprises. At the same time an investigation is being launched into massive past fraud at the airline in the hope of saving more cash by renegotiating current contracts. Nevertheless the Chair of the ruling ANC party Gwede Mantashe calls SAA an ‘elitist’ airline that does not serve the interests of the working class.

The philosophical descendants of Marx; the SA Communist Party and a number of unions (all part of a government alliance) want the route cancellations to be reversed, saying that other ‘alternatives’ are available, and that the cuts play into the hands of the private sector airlines.

The business rescue practitioners have to the end of the month to produce a comprehensive rescue plan; either to restore the fortunes of the airline and keep it flying or sell its assets (of which there are very few remaining) and close it down for good.

Read Article
Missing airplane food? You’re not the only one. Although considered barbaric to some, airplane menus can be a…
Read Article
Forbes recently announced the World’s Best Employers of 2022, and Air Canada made it on the list for…