The Final A380 Wing has left the Broughton Factory for final assembly in Toulouse.

Due to a slump in sales Airbus has begun slowing down production of the A380 in preparation for the end of production in 2021.

Airbus A380 wings were built in the Broughton Facility in North Wales. Design and engineering is done in Filton, South Gloucestershire.

Moving these wings is no easy task once completed are approximately 36.3 meters long. In addition is 17.67 meters wide where it joins the aircraft fuselage.

The Journey to Final Assembly

Most Airbus wings are moved with one of 5 Airbus Beluga however these wings are simply too big.

However Airbus have a solution to this problem. Firstly they leave the Broughton factory and a specially made transporter heading for the River Dee. 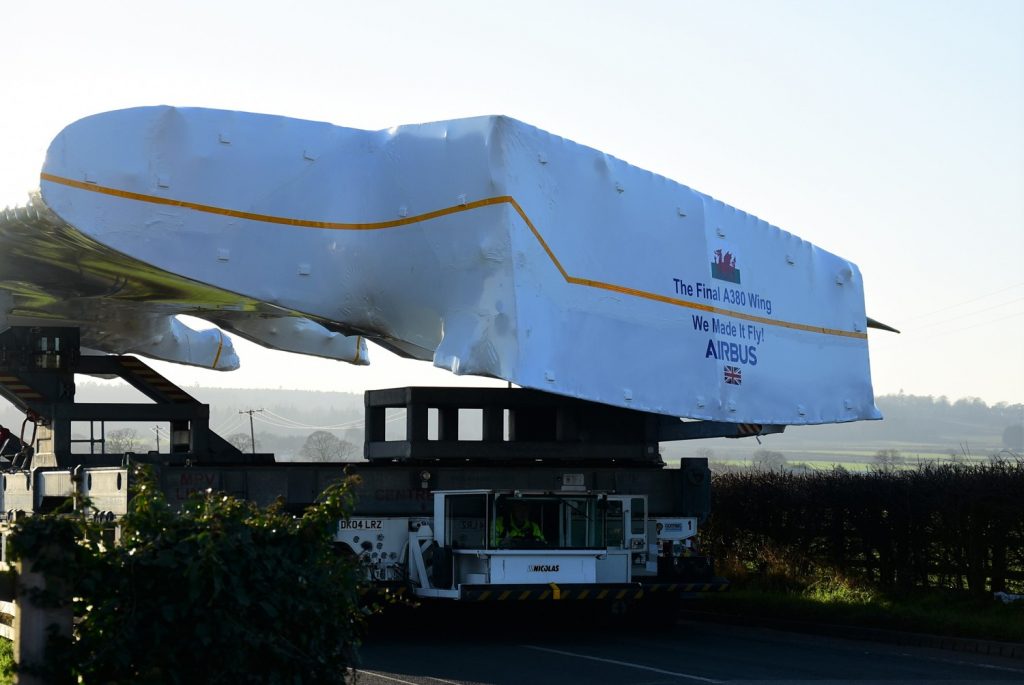 The wing is then transferred onboard the Afon Dyfrdwy barge for the 35km journey to Mostyn. Once at Mostyn they are met by Ciudad de Cadiz Ro-Ro Ship (Roll on Roll Off). This ship measures 127 meters long and 25m wide. The Ciudad de Cadiz sets sail for Pauillac, the closest port to Toulouse.

The wing is then transferred to a floating pontoon located on the Gironde estuary near Pauillac where two barges (Le Breuil and Le Brion) take over to transport them 95km up the Garonne river to Langon.

Finally the last leg of the journey is by trucks. A convoy of six sets of trailers and travel the 240km during the night with a speed of only 10-25 kph they have to stop during the day in specially made parking spaces.

A total of 60 people in a convoy up to 2000m long is involved in moving the wing to the finally assembly plant.

The existing facility where the wings were produced will be converted to increase A321 production capability. 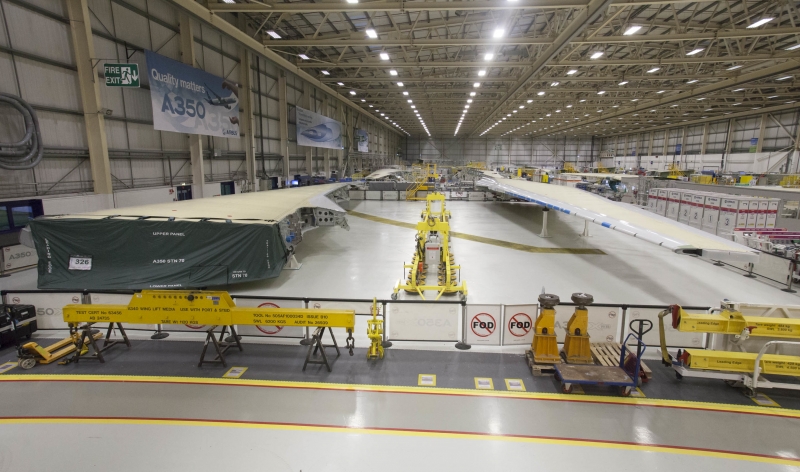 Inside Airbus Broughton – Photography of Airbus