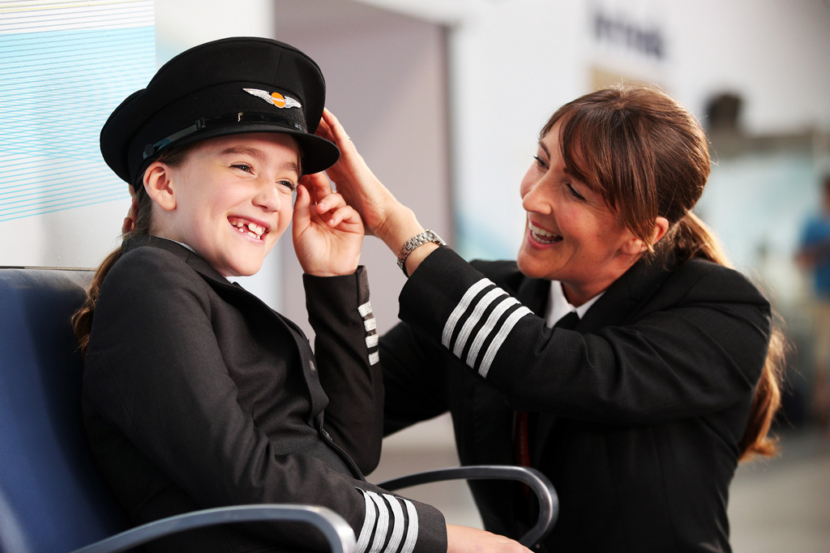 EasyJet has stepped up to address the gender imbalance during the pandemic and created a programme to encourage female students to become airline pilots via virtual visits.

Female pilots and the aviation industry

The pandemic has caused concerns over the future of female pilots as the aviation industry has suffered a substantial blow from the virus. Many pilots are being called back to work on a seniority basis, which means individuals that have just started out in the sector may not get called back until last. Unfortunately, the number of female pilots has only increased recently, meaning they may be at the bottom of the recall list. Also, it seems international travel is still on hold for the foreseeable future – there is no set time for when pilots can start working full-time again.

In 2018, it was found that 3% of pilots were female, meaning out of 130,000 pilots, only about 4,000 were women. Although females progressed in other parts of the aviation industry, like positions in cabin crew staff, it seems the role of the pilot never reached the same momentum.

How are easyJet addressing the equality in the airline industry?

Three years ago, easyJet launched a campaign to encourage female pilots to join their airline. It was an advertisement featuring a young girl dressed in uniform, re-enacting Catch Me If You Can. However, this wasn’t their first move to get more women to work for the airline. They have been working towards a more female-fronted team since 2015 when their Amy Johnson Initiative first begun, and have taken huge strides in getting more women into the cockpit. In February, they started online classes for children called ‘Flightsize lessons’ to help homeschool young kids. However, now easyJet have turned their attention to schools and launched a programme addressing gender bias in the industry with virtual visits.

The programme started on International Women’s Day and offers girls the chance to join an interactive classroom and find out what being a pilot is like. Much like a private tutoring lesson, schools, teachers and parents can enquire and receive a virtual visit. They simply receive a link to a video chat and can meet one of easyJet’s female pilots and learn about their role with the airline.

A study into gender stereotypical jobs which led to virtual visits

EasyJet found that children still gravitated towards gender stereotypical jobs in a study and wanted to encourage young girls to break the mould. The programme is designed to inspire female students to move away from the idea of a pilot being a man’s job and enter the field themselves.

In the wake of International Women’s Day, informing women about possible roles in the aviation industry has never been more important. Despite the pandemic causing problems for the aviation industry and female pilots, it seems easyJet’s focus is still on balancing gender in the sector. It’s also a great incentive for pilots to stay busy during the lockdown and a great way for children to learn and be educated in a field they may have previously not been involved in. What do you think of this incentive to get women to fly? Let us know below!

Read More
British carrier Virgin Atlantic received its 9th Airbus A350-1000 this Wednesday, pushing the airline’s total fleet number to…
Read More
German politician Karin Strenz is reported to have died after becoming ill on a flight between Cuba and…