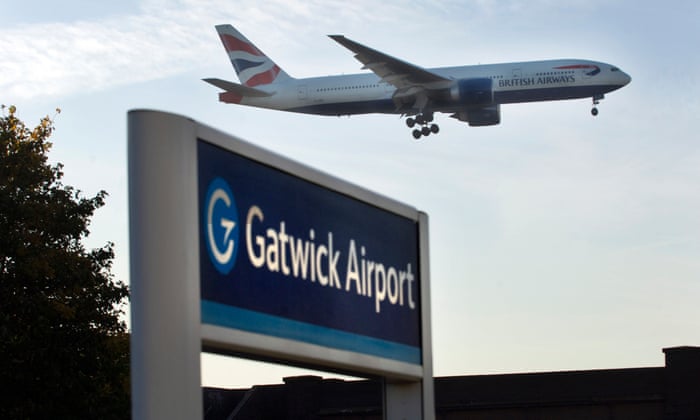 Why are flights being suspended?

This comes from the new national restrictions for the UK, which took effect yesterday (Thursday 5th November).

British Airways moved the majority of their flight traffic to London Heathrow during the pandemic’s first wave. The airline says that Gatwick flights will be paused until early December when the restrictions are lifted.

Following the government’s announcement of a new national lockdown for England, we have been urgently reviewing our schedule for November.
As part of new travel restrictions, international air travel from England is restricted except for in limited cases, such as those involving work or education.
Our focus is on keeping crucial air links open – bringing home the thousands of customers currently abroad, transporting vital goods, and ensuring people who are permitted to travel in and out of the UK for work, education, and other reasons stipulated by the UK Government, can continue to do so.

But it isn’t just British Airways who are feeling the brunt of the Coronavirus pandemic. Carrier association Airlines UK has written to the UK’s Chancellor, Rishi Sunak, requesting more financial support for the travel industry. This includes suspension of air-passenger duty.

British Airways has suffered significantly since the first national restrictions were imposed; this was tragically shown as the airline had no choice but to make 12,000 employees redundant. Travel Radar reported on this here.

What are your thoughts on this? Let us know in the comments section!

Read More
Have you ever heard of the so-called Freedom rights for airlines? They play a significant role in a…
Read More
The continued Worldwide Covid-19 pandemic has caused massive disruption to the global aviation ecosystem. 2021 marks the fifth…