Triggered by the coronavirus pandemic, national lockdowns, travel restrictions and economic hardship, the demand for long haul air travel almost grounded to a complete halt. With passenger numbers slashed, Qatar Airways reports a revenue loss of $4.1 billion for the 2020/2021 financial year, largely due to the retribute to a one-time impairment charge for the grounding of their A330 and A380 fleet.  The cost of grounding these aircrafts came to a staggering $2.3 billion of that $4.2 billion loss, although the airline has reported the A330 will be reintroduced back in to service sooner than expected. 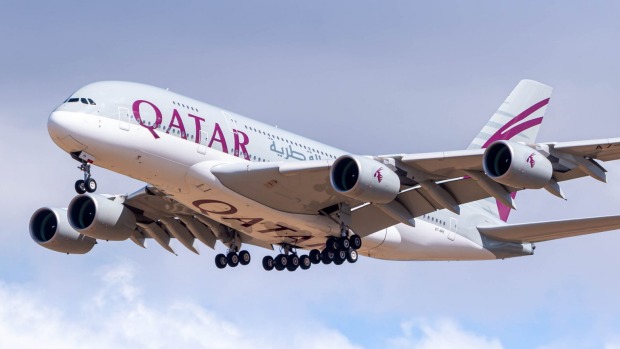 Half of Qatar’s A380 fleet will never fly for the airline again, the CEO has said. Photo: iStock

Whilst most airlines cut back their services during the pandemic, Qatar Airways took the unconventional approach throughout and never stopped flying. The airline also added services back much quicker compared to other airlines, which gave Qatar Airways a huge recovery advantage. “Whilst our competitors grounded their aircraft and closed their routes, we adapted our entire commercial operation to respond to ever-evolving travel restrictions and never stopped flying,” Qatar Airways CEO Akbar Al Baker said in a statement.

The carrier acknowledged  a $3 billion capital injection from the Qatari government as it struggled with virus variants, international travel restrictions and low passenger numbers. Qatar Airways transported 5.8 million passengers in the last fiscal year, compared to 32.3 million the previous year, a colossal 82% drop.

Qatar Airways was not the only airline to receive a government aided cash infusion, many airlines received assistance or  bailouts to help cushion the blow of the pandemic. Emirates reported a $5.5 billion loss over the last year and received $3.1 billion from the Dubai government.

From October 4th the state of Qatar will move to the UK’s green list.  Fully vaccinated travellers arriving via Doha, will no longer have to quarantine on arrival when entering the UK. Earlier this month Qatar Airways announced it will increase frequencies to Manchester and Edinburgh airports for better connection through to the UK. With Qatar Airways continuing network expansion throughout the pandemic and pent-up demand for air travel, this puts the carrier in a great position to service Australian and New Zealand passengers to and from the UK once international borders reopen.

Emirates Ready To Restart Flights To Gatwick From December