Emirates Ready To Restart Flights To Gatwick From December

The resumption of services expands the Dubai airline’s UK routes to six, including its second gateway in London. 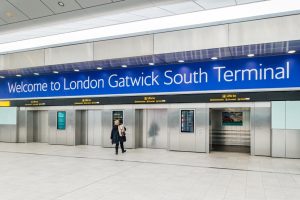 Emirates stated that the airline will have 84 weekly flights to the United Kingdom by the end of December.

“We’re delighted to be resuming Emirates flights to and from London Gatwick, providing more opportunities for people and businesses to connect with our ever-expanding global network,” said Adnan Kazim, Emirates’s chief commercial officer.

The announcement comes after the UK announced plans to accept vaccination certificates from 55 countries, including the UAE, from October 4th, removing the need for vaccinated visitors to self-isolate.

Gatwick Airport’s head of airline relations, Stephen King, said, “In December, we are happy to welcome Emirates back to Gatwick. Emirates has been a highly popular airline for Gatwick customers and it’s terrific that we are once again able to offer travellers across London and the South East the option to connect with Dubai and beyond.”

In August Emirates announced that it will resume services to Newcastle in October, with prices starting at roughly Dh2,400.

What are your views on this announcement? Comment below and let us know.

Bamboo beats Vietnam Airlines to fly Regularly to the U.S.