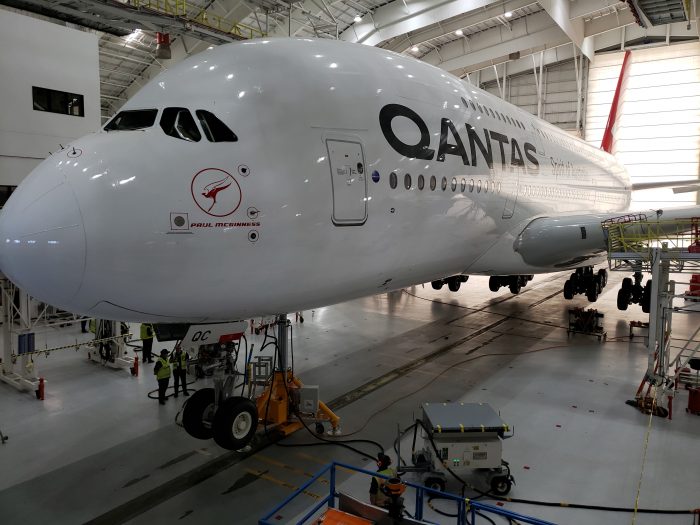 It’s rattlesnake season in the Californian region (Mojave desert) and Qantas is having none of it. Recently, Qantas announced that their engineers have adopted a new pre-inspection procedure to avoid the likes of rattlesnakes and scorpions from interfering with their aircrafts – a procedure that could deter wildlife strikes.

What is a Wildlife Strike?

A wildlife strike is the collision between an animal and an aircraft which can happen during flight, take off, or landing. The phrase used to apply exclusively to birds, given how often they were injured or killed by aviation, but as we see with Qantas this is no longer the case.

According to Qantas, rattlesnakes and scorpions are more prone to hibernate around the wheel wells and tyres of an inactive aircraft during the warmer seasons, such as in June and July. This has led Qantas to come up with the aforementioned plan, Tim Heywood, Qantas’ Manager for Engineering in Los Angeles explains:

‘‘Every aircraft has its own designated “wheel whacker” (a repurposed broom handle) as part of the engineering kit, complete with each aircraft’s registration written on it.’’

“The first thing we do before we unwrap and start any ground inspections of the landing gear in particular is to walk around the aircraft stomping our feet and tapping the wheels with a wheel whacker to wake up and scare off the snakes. That’s about making sure no harm comes to our engineers or the snakes.’’

“Only then do we carefully approach each wheel and unwrap them before performing our pressure checks and visual inspections.’’

Without this method, various parts of the aircraft could become damaged, and any subsequent snakes or scorpions would be injured or killed. But this non-lethal method proves questionable as Qantas says: ‘‘Any snake that chose to ignore the wheel whacker this week would have gotten [a big] shock’’ speaking about the A380 (VH-OQC) which took flight for the first time in 290 days. Here, the benefits may outweigh the costs for these are highly venomous animals that Qantas are dealing with, however better measures could prevent the unnecessary deaths of snakes and scorpions etc. This example calls into question how adequate these methods are in protecting sentient wildlife.

Alongside Qantas, airports in Nigeria have recently deployed control equipment to prevent further bird strikes happening in and around Nigeria, yet the statistics above prove that more needs to be done by contributing airports and airliners. Perhaps better solutions will come through stringent planning, trial and testing, and striking out of any methods that prove to fall short.

Could you come up with a great prevention method to deter wildlife strikes? Let us know below!

Aviation's Plea for Travel Ahead of G7 & NATO

Read Article
Passengers who are disruptive can cause real problems to flights. Only recently an American Airlines flight from North…
Read Article
British Airways, like many airlines, has had a tumultuous time over the last few years. However, more recently…