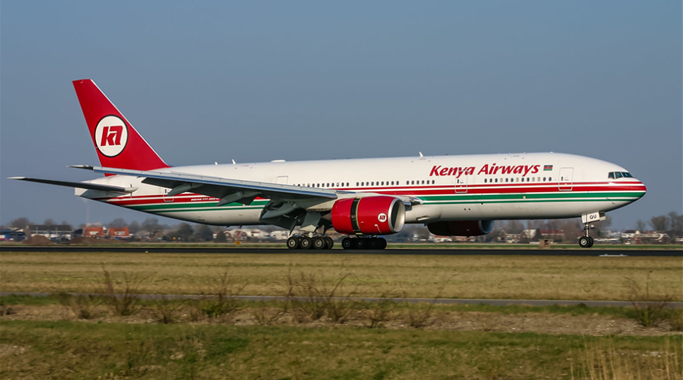 Kenya Airways (KA) has recently announced their commitment to protecting wildlife. Through working closely with communities and partnering with foundations such as the Kenya Wildlife Trust, KA aims to preserve and protect the most endangered animals.

Maasai Mara is an area of wilderness and is home to lions, leopards, cheetahs to name a few. Yet the problem lies in the fact that such animals amidst many are endangered and worst becoming extinct – a problem which Kenya Airways (KA) aims to alleviate.

Kenya Airways (KA) expressed in a recent post that ‘‘Communities must be at the heart of conserving wildlife, plants and ecosystems. We remain committed to supporting conservation efforts in our communities in various ways through partnerships to protect our wildlife.’’ Following this up with their April-May article, in their lead magazine Msafiri, which speaks of the need to preserve Africa’s biodiversity through recent discussions with the country’s leading conservationists. With an introductory note from Keddu Sebanya, CEO of the African Wildlife Foundation, he says that Africa is home to a third of global diversity, that an estimated 300 million people rely on ecosystem services for their livelihoods, that in Africa’s move to a rapid economic modernisation, the act poses serious threats to Africa’s wildlife.

In the magazine, conservationists took it in turns to speak of each endangered animal in focus: Vultures who are being killed with poison, African Wild Dogs at risk to snares and road kill, Mountain Gorillas and the African Elephant who are at risk of habitat loss and poaching (of left are Wild dogs totalling 7000, Gorillas 1063, and the Elephant with only 3 species left out of the dozens that existed millions of years ago); Lions and Cheetahs that are being killed because of conflict with humans. This includes a segment on how Kenya Airways has teamed up with Kenya Air Wildlife Trust through its flagship Mara Predator Conservation Programme to deliver programmes and activities to help protect these wild endangered animals, for instance, the Cheetah.

Kenya Airways (KA) has gone further than mere collaboration for they have issued a Zero-Tolerance Policy towards wildlife trafficking, signed in Nairobi, 1 March 2018. KA is among 89 airlines and organisations who have signed up to the United for Wildlife Transport Taskforce Buckingham Palace Declaration against illegal wildlife trade. The First Lady of the Republic of Kenya Margaret Kenyatta said: “I applaud this initiative that stands out as an innovative measure that includes the global transportation systems to help break these illegal chains of unlawful transportation of endangered species.”

On a lighter note, to appreciate these wild, yet fascinating animals Kenya Airways (KA) encourages us to take a trip to the Nairobi National Park which is home to the endangered black rhino, lion, leopard, cheetah, buffalo, giraffe and over 400 species of bird life and is approximately 1 hour 40 minutes away by flight from the other safari Maasai Mara.

For $200 dollars, customers can book into KA’s KQ Go Wild Safari package which includes: A personalized guided 4-hour game drive, Breakfast or lunch in the park, and Park admission fees. This being a potential trip for those flying directly to Nairobi or awaiting their connecting flight at Jomo Kenyatta International Airport. However, you need to book at least 24 hours in advance before arrival in Nairobi to guarantee a place on a tour and follow the appropriate safety measures related to COVID-19.

Kenya Airways have also partnered with AngamaSafari in the Greatest Mara Photographer of the Year competition, to encourage people to submit high-quality imagery of wildlife to raise the profile of photographers and make way for conversation – something you could do once you get that holiday booked to Nairobi.

Are airlines doing enough to support conservation and biodiversity? Let us know in the comments below.

Read Article
New long-haul startup carrier, Hans Airways, received its first Airbus A330-200 this week. In doing so, the carrier…
Read Article
The future can be a scary concept for most people, but this particular airline shows no sign of…