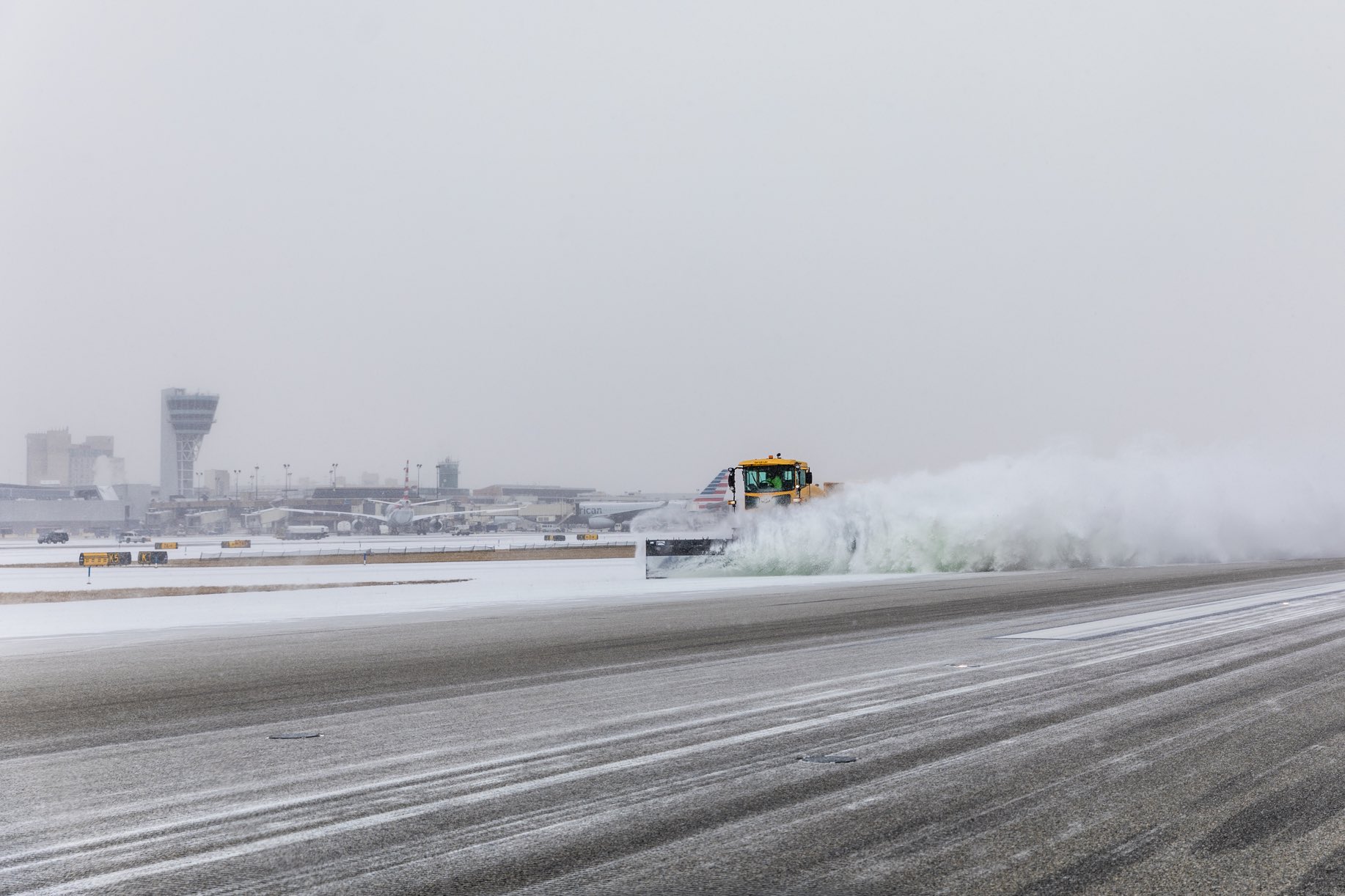 Flights across the North East of America have been cancelled today as a huge snowstorm sweeps through the country causing severe travel disruptions. Yesterday, some airports were even forced to ground all flights as conditions worsened. The storm is on track to hit New York City (NYC) with one of the largest snowfalls in history.

New York state Governor, Andrew Cuomo described the storm as “life-threatening” and declared a state of emergency in 44 counties.

Several flights in Philadelphia, New Jersey, Boston and Washington have also been affected as the blizzard continues.

Our crew at #LGA is hard at work with snow removal to clear the airfield in preparation for the resumption of flight activity. Please check the status of your flight before traveling to the airport.

Most major airlines, including American, Southwest, Delta and United have issued waivers so that passengers are able to reschedule their flights without an extra fee. Passengers are advised to contact their airline for more information before travelling.

Last week Orlena hit California with more than six feet of snow before spreading to the Midwest, affecting airports including Chicago’s O Hare. On Sunday 166 flights were cancelled there and 222 delayed.

The entire United States flight network has been affected by the storm with California, Florida and Texan airports reporting more cancellations and delays than normal.

It is expected that the disruption will continue today as the National Weather Service warned that high winds and snowfall will persist across parts of the East Coast.

Weather is one thing that you can’t argue with when it comes to flight cancellations and delays! Let us know down below if you have you been affected by any bad weather at the moment.

Read More
The COVID-19 pandemic has been with us for more than a year now, with the majority of countries…
Read More
Japan Airlines (JAL) and ANA Holdings cancelled all flights to and from Europe on 3 March and followed…