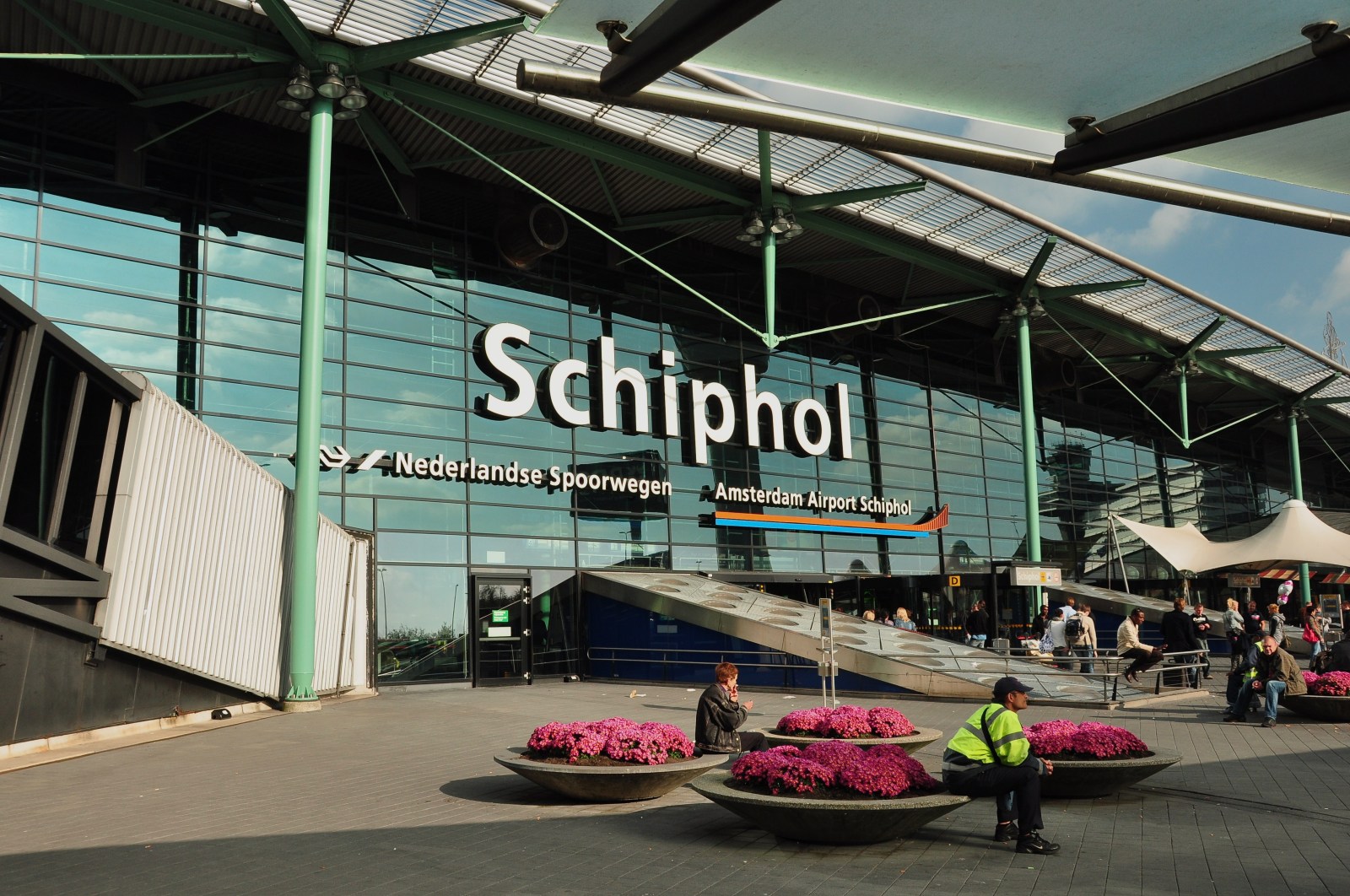 Fast becoming one of the world’s best airports and labelled as the airport of the future, Amsterdam Schiphol is a true world leader in many aspects of aviation. This article delves deeper into understanding what makes Europe’s third busiest airport an innovative hub of excellence. For an airport that began in a field during World War 1, it has come a very long way!

Since its birth, Amsterdam Schiphol has been growing in size year on year. It now experiences so much air traffic that it is consistently thought to be in the top 10 busiest airports in the world by aircraft movement. However, it remains one of the most efficient airports while keeping passengers satisfied and rested. So much so that in 2020, AMS won the award for “Best airport in western Europe” at the Skytrax World Airport Awards. Also check out other airports making waves in this article! As a side note, it also took home the award for best airport website and digital services in Europe and placed third worldwide! To further its global domination, AMS ranked as the ninth-best airport in the world in 2020, up five places on the previous year. With over 72 million annual passengers passing through the Dutch metropolis, it’s hard to believe that operations run stress-free. However, by some miracle, they do. This is thanks to future generation smart technologies and fast, logical terminal transfers. There’s no denying that AMS is already a world-leader; however Denise Pronk, head of sustainability at Royal Schiphol Group, envisions an even bigger, greener future for the airport.

“Schiphol Group aims to lead by example when it comes to sustainability in the aviation sector. The ambition is to become the most sustainable airport operator in the world”, says Pronk. “We focus on four key topics: sustainable aviation, zero emissions, zero-waste and well-being schemes. These themes are interconnected via our long-term goals: the airports operated by Schiphol Group aim to be zero-emission and zero-waste by 2030”.

In an interview with International Airport Review, Denise Pronk talks about the roles that Schiphol group plays at the airport. “Schiphol Group plays a coordinating role in driving supply chain responsibility, and we share the ambition of our partners to create a clean and healthy environment. At an airport, many activities are operated by third parties. This complicates carbon management within the group, since many of the emission sources are not under the control of the airport operator. Other users of the airports, including airlines and ground handlers, must also play an important role in improving overall emissions.”

One of the toughest challenges that airports today face is reducing their emissions in a time where international travel is increasingly more popular and affordable. Many airports simply cannot keep up with the rising demands and the effect this has on their CO2 emissions. While covid has aided recovery, this is only a temporary fix much like taking aspirin for a headache. AMS on the other hand has managed to continually retain a 3+ status in the Airport Council International’s Airport Carbon Accreditation system. This is the highest rating an airport can achieve. Pronk explains that by 2030, Schiphol group intends to achieve total zero-emissions to make AMS the world’s first carbon-neutral airport. Achieving this will surely be the aviation industry’s greatest step forward and a marker for all future airport redevelopments. Aviation makes up 3% of the world’s total carbon dioxide output. Imagine the future of aviation being totally carbon neutral? The impact would be game-changing and potentially restorative, but crucially, it would have a big knock-on effect on other sectors.

I spent an entire afternoon googling the world’s most sustainable airports and surprisingly AMS appeared in no search results. Many of the airports that received the acclaim had visible and very public sustainability projects. For example, Changi Airport displays a wall of green in every direction. We associate plants and trees with sustainability. However, despite these illusions, Changi is far from being carbon neutral. Most of Amsterdam’s efforts are hidden deep within the infrastructure.

One of the major factors contributing to Amsterdam’s bid for carbon neutrality is renewable energy. Since 2018, the Dutch airport has been operating entirely on Dutch sourced wind-power. Schiphol Group has partnered with Dutch energy giant Eneco. Future-focused Eneco has pledged to build new wind farms specifically for the Schiphol Group. The Autena wind farm in the small Dutch city of Vianen is the first of many of these projects. It has taken just two windmills to generate roughly 10% of the airport’s required energy.

Schiphol looks after four regional airports in the Netherlands and they all benefit from this scheme too. In total, the airports consume around 200 GWh of power. The introduction of 100% renewable energy results in a CO2 emission reduction of around 92 million kg. For perspective, that’s the equivalent to taking 23,000 cars off the road permanently. Another incredibly innovative idea AMS utilises is sustainably sourced paint. Growing on an adjacent, fallow plot near AMS is a bird-repellent flax. Mills in Noord-Holland press the flax into flaxseed oil. The next step in the process takes the flaxseed oil to Rigo paint factory in IJmuiden which uses the flaxseed oil to make sustainably-sourced paint. This paint is then used around the airport for various projects such as the P3 covered car-park. One major benefit of this project is the fact that the production process requires little transportation of the paint, reducing transport emissions.

By now you might think AMS is undoubtedly one of the most sustainable airports in the world; however, what does it do beyond this? Being Europe’s third busiest airport means AMS has had to devise streamlined ways of keeping people fed, entertained and rested. Many great eateries exist within the airport which emulate the high standards of Dutch cuisine outside of the airport’s confines. Café Rembrandt situated in the plaza before security gives you a taste of the traditional Amsterdam Brown Cafe scene with the comfort of a lounge. As a wannabe Dutch native myself, I must recommend you pick up some ‘Bitterballen’ partnered with any Dutch lager. Bitterballen are savoury breaded meatballs usually served with beer.

However, if you arrive early in the day, I recommend you pick up some Dutch pancakes with any topping you please. If you prefer to spend your time blowing your monthly salary on a wallet or a shirt, then AMS has you covered. With luxury boutiques and household names such as Burberry, Bvlgari, Gucci and Hermes, you are not short of options. However, if you need more time to yourself, AMS has a full Airport library as well as massage chairs and a meditation centre!

Perhaps the most impressive corner of the airport has to be the bite-sized Rijksmuseum, the most popular Dutch national museum. The main collection in Amsterdam houses over one million pieces of art including the works of Rembrandt, Vermeer, and Van Gogh. You can sample a small portion of Dutch history at the airport anytime! Ultimately, one the benefits of AMS is its proximity to the city of Amsterdam and the ultra-fast train link which can get you to Amsterdam Centraal in 20 minutes. This makes layover trips an affordable and stress-free option.

New terminal in the works

So what does the future hold for this sustainable innovative hub? Amsterdam Schiphol launched a new project called the Capital Programme in 2017. This ongoing ambitious renewal and renovation project will expand aircraft and passenger handling capacity while improving passenger experience even more. Several independent projects will contribute to the programme, with a new pier and new terminal being built. Famously, Amsterdam only has one terminal which is a significant strain with the traffic it processes. Further improvements include adapting the existing airside area, adjusting the landside infrastructure and parking facilities, adjusting the station area and creating new parking facilities. The new, highly sustainable terminal is due for completion in 2023, ushering in a new era for the airport. It’s estimated that the terminal will allow a further 14 million passengers to travel through the airport each year.

The new pier and terminal will enhance Amsterdam’s bid as the most sustainable airport. Both the new pier and terminal are being constructed with their eco goals at the forefront. Creative ideas such as making the ceiling out of reusable and recycled plastic, marble rubblework and over 5000m2 of solar panelling are being used throughout. The toilets will flush using rainwater and the floor will be made entirely out of bamboo. Green spaces will be introduced in every nook and cranny and you can guarantee everything will be powered using Dutch wind power.

There are a lot of impressive, highly innovative airports in the world today but none think about the future like Amsterdam Schiphol. It’s a green ray of hope in a world blinded by smog. Dutch efficiency ensures it can run optimally despite high passenger traffic while still putting the weary travellers’ needs first.

The only question remains is, when will you head to Amsterdam Schiphol Airport next?

Travel Radar Named One of the Best Aviation Sites

Read More
Quicker, Quieter, and Greener are the three themes at the epicenter of the UK’s Airspace. While the past…
Read More
While it may sound like another revenue-generating “flight to nowhere“, this new concept conjured up by the brainiacs…
Read More
The Union Health Ministry of India had announced that all foreign visitors to the country will be required…