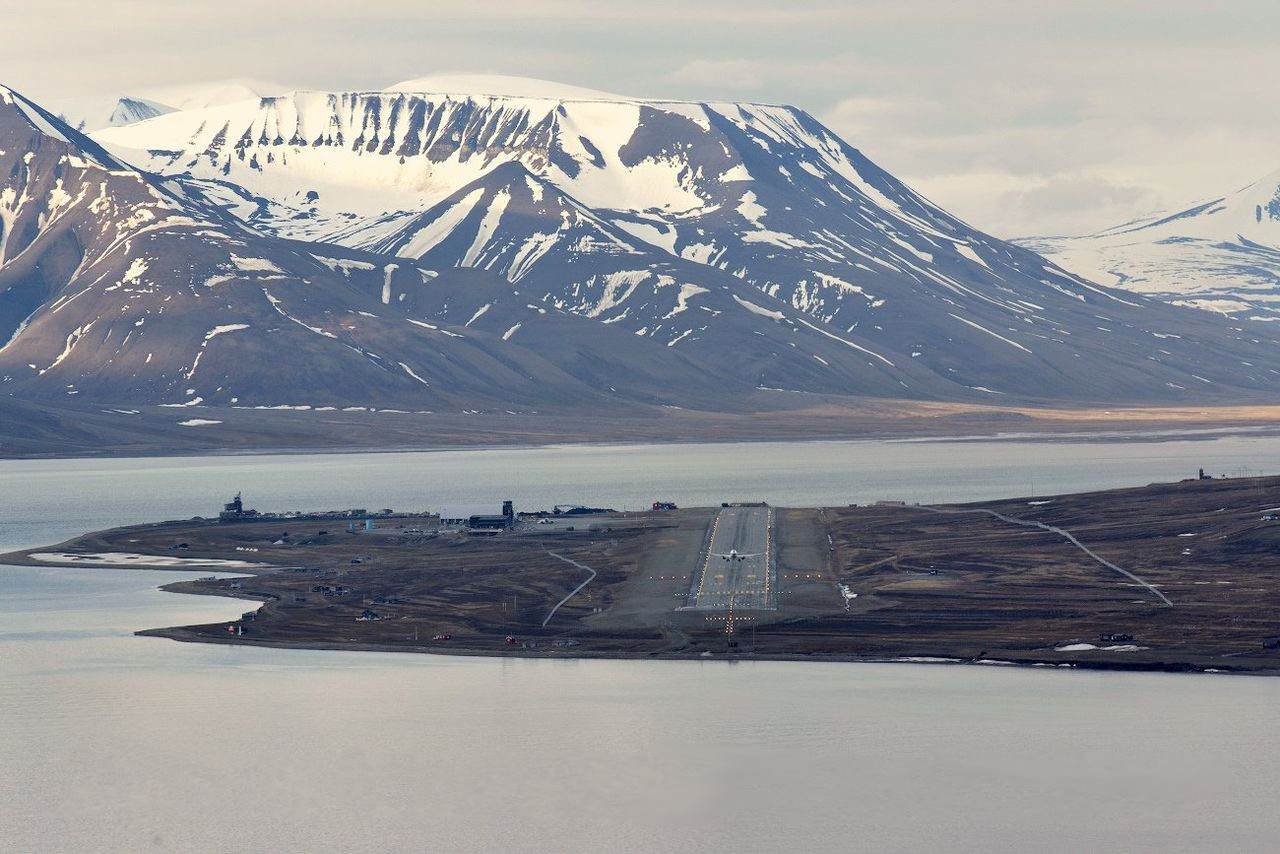 Home 7 Airports that are destinations in themselves

7 Airports that are destinations in themselves

Airports… not synonymous with tranquillity, fine dining and sightseeing. But what if they could be? What if airports became the destination! These seven airports have gone above and beyond to make the weary traveller feel at home while providing a dose of destination glitz! Granted, not every destination on this list offers you the comforts of home. However, whatever amenities they may lack, the sights are sure to win you over.

I know for many seasoned travellers, airports can be the bane of their existence, but I’m on a mission to prove that some airports can be just as great as the destination. Don’t get too comfortable, or you might just miss your departing flight!

I can guarantee you that you will never fly into a smaller, more terrifyingly beautiful airport than Courchevel. I use the word terrifying because this airport has one of the smallest runways in the world at 537 meters. Perched on the largest runway gradient in the world (18.66%), this is no easy feat for any pilot to land on! For a pilot to land at Courchevel, they must have a special qualification specific to the airport. Yet the most terrifying aspect about Courchevel is the razor-sharp rocks and proximity to ski slopes affording no pilot any room for error.

By now, you’re probably wondering what makes Courchevel a destination airport worth a trip in itself. Well, that’s easy. Very few people get to travel to this magnificent feat of engineering high up in the clouds. No A380 can land here, the largest planes that can land here are fixed-winged planes such as the Cessna 208 Caravan. This means you’ll be one of the few people who get to see the French Alps in all their glory. Furthermore, you’ll be landing at one of the worlds most renowned luxurious ski resorts! So as long as you can negotiate the driving snow, alpine winds, freezing temperatures and the worlds most difficult landing, this is an airport that will blow you away. Literally.

Alice, where? Maybe one of the smallest, most remote airports on this list, Alice Springs is a tyrannosaurus in aviation! For any self-proclaimed aviation geek, you do not want to miss the opportunity to visit Alice. It’s home to the Asia pacific aircraft storage facility, which due to Covid-19, now houses over 100 commercial planes. In July 2020, the Northern Territory government expanded the storage facility using a 3.5 million dollar grant. In the space of just two months, the new capacity had been reached, with a new development now being planned. It’s expected to take capacity to just over 250! The boneyard is currently looking after several A380s belonging to Singapore Airlines and Qantas. The desert climate provides the ideal aircraft storage climate. High humidity and the salty air of sea-based airports risk corroding the aircraft.

I’ve flown in and out of Alice springs 4 times now. It’s a breathtaking experience every time. Surrounded by the West and East Macdonnell Ranges, the oldest mountain range in the world, you’ll be left in awe. Despite being in the desert, the mountains are home to waterholes and native Australian animals such as the black-footed rock wallaby. It truly is a destination like no other. The aboriginal art in the arrivals terminal is just a small taste of the wonders that await in Alice!

JFK is one of the worlds busiest commercial airports. With just under 60 million passengers and over 70 airlines, it’s no slouch. However, you may not have been aware of its new hotel.

The TWA hotel puts JFK on this list. So what makes it great? 512 rooms, a 10’000 square feet fitness centre (The largest hotel gym in the world) and views of the airport right from your bed. Although, the best feature has to be the history behind TWA. Built on the site of the historic TWA Flight Centre from the 60s, the neo-futuristic hotel is the pilgrimage of a lifetime for any aviation enthusiast. The retro terminal area has been transformed into the lobby. This gives all guests a taste of the aviation industry from over 50 years ago, acting as a live-in museum. Be sure to transport yourself to the hotel through the glamorous red-carpeted “flight tubes” accessible from terminal 5.

On my last trip to JFK in 2016, the hotel sadly didn’t exist. However, I was in awe at the selection of luxury shops, good eats and utter feeling of the destination. In the minds of most, JFK is the only way to travel to the big apple. However, I don’t think Newark would agree.

Here’s a curveball. No luxury airport hotels here, but you will find one of the most difficult landing approaches in the world as well as quite possibly the most scenic airport. Nestled deep in a mountainous valley on the bank of the river Paro Chhu, the runway is 2,235 meters above sea level. To get here, you will need one of the 17 pilots qualified to land here. Your pilot will need to navigate steep mountains, fly into a very narrow valley and land blindly as they won’t see the runway until the very last minute! The 18’000ft mountains obstruct the runway, as do houses and power cables. The pilot subsequently has to fly at a 45-degree angle and drop at an instant to land. However, any adrenaline junkie brave enough to take this journey on is rewarded by an uncompromising view of the Himalayas.

And if that doesn’t sway you, your interest will peak at the terminal! Paro terminal is a temple with traditional olive green roofing and a beautifully curated monastic style interior. It’s just the beginning of what to expect from this deeply magical and historical kingdom. If you intend on visiting Bhutan, chances are you will transit through Paro as it is the only international airport. Interestingly, it’s also just a small town of 11,000 people, located 54km away from the capital Thimphu. Numerous sources have suggested that you should book a window seat on the left when arriving and on the right when departing. I assume this offers you the best view, although I don’t think you can go far wrong with any window seat!

Munich, it’s not just an airport. It’s a way of life. If there was ever a good time and place to hear that your flight has been delayed, Munich is the place to be. Voted as the best airport in Europe in the 2019 World Airport Awards survey, Munich is more than just a hub for European travel. When you land, your first (and probably last) port of call should be the Airbräu. It’s thought to be the world’s first airport brewery, producing its own first-class German larger. To accompany your larger, why not pick up some roast pork or Bavarian dumplings in the adjoining tavern and beer garden. In case this wasn’t enough, you’ll also find regular Bavarian music and entertainment on site.

However, if you are travelling to Munich at Christmas, you are in for a treat. Every year, Munich airport hosts a “Weihnachtsmarkt”, better known to us non-German speaking folk, as a Christmas market. It’s no ordinary market though. The whole airport comes alive with beer, bratwurst sausage and music. Even the locals make a pilgrimage to terminals 1 and 2. Munich even has a place for the plane spotting enthusiast over at viewing hill. You will have a perfect view of the runway while on the hill, 28 meters off the ground facing the main strip. Just be sure you head to the hill before the brewery, or those A380s will feel like they are coming right at you.

There’s something beautiful and unsettling about utilitarian soviet designs, and the same can be said for Ashgabat’s new airport terminal. Opened in 2016, the terminal has been designed to resemble a Turkmen falcon and the bow of legendary warrior Oguz Khan. The entire airport has an eerie, lifeless ambience. However, this in itself is quite beautiful if you have been on the go for 10 hours. The entire terminal is entirely gold and white, giving off a special soviet era vibe of luxury and dominance. The sparkle of white marble has a sense of occasion, while the ceilings have drawn inspiration from traditional Turkmen carpets. It truly is an architectural gem located in one of the world’s most secretive states. History encompasses every facet of this fascinating airport. It wasn’t too long ago that it was named after the former dictator of Turkmenistan.

Beyond the riveting history, the airport has 5 star hotels, duty-free and many restaurants and cafes. While Turkmenistan’s internet control may make it difficult to open Netflix or even the website of the airline you are flying with, there’s no shortage of sights and entertainment.

Have you ever visited an airport that’s home to a huge aquarium? Well, Vancouver International airport is home to a massive 114’000 litre aquarium, home to over 70’000 creatures. There’s also a tank specially allocated to jellyfish! In preparation for the winter Olympic games in 2010, the airport underwent under a large scale 4 gate renovation. This also includes a massive new food court and a Skytrain link. Much like Changi Airport, Vancouver also has a green thinking hat on as it supports many coastal and environmental causes.

The airport is also home to one of the largest native first nations art collections, with over 200 pieces and installations. They even have an art foundation supporting new first nation artists by offering scholarships and much more. The art is sure to leave you in awe while giving you a taste of the culture and heritage that British Columbia is famous for. And lastly, for all the plane spotters here, Vancouver has your back. Well, actually, the Fairmont hotel does. This chic airport facing hotel has plane spotting guides in every room. But don’t worry as every room is soundproof, ensuring a quality night sleep.

And that’s it. Those are my seven airports that are rightfully destinations in themselves. Whenever and wherever you are travelling, be sure to keep an open mind. You never know what hidden gems may be lurking in the airport lobby. As we have seen, sometimes the airport has just as much culture on offer, and you can always count on there being good local food somewhere!

Have an airport you think should be added to the list? Let us know in the comments!

Lufthansa Commences their Longest Ever Flight

Read More
Germany’s most storied Air Carrier, Lufthansa, has partnered with the country’s main National Rail provider (Deutsche Bahn) to…
Many of us know that smoking is prohibited on planes. However, why are there ashtrays in the lavatories…