British Airways and Virgin Atlantic have announced major modifications to their flight itineraries, including the resumption of flights from the United Kingdom to the United States.

The runway will be open to fully vaccinated passengers from November with roundtrip tickets starting at £319. After an 18-month blanket ban during the pandemic, the White House confirmed it would welcome back double-jabbed UK travellers.

Travelers will be able to fly into the United States starting in November if they are completely vaccinated and have undergone testing and contact tracing.

British Airways reopened bookings with a flash sale on flights departing on Tuesday, with return tickets to New York starting at £320 and Los Angeles starting at £349.

The airline on its website stated, “From November, the United States will lift its travel restrictions for fully vaccinated travellers from the United Kingdom. Our sale will finish at midnight on September 21st, so act quickly to secure a terrific airfare price.”

“Today’s news, which will see our two countries rejoined after more than 18 months apart, marks a historic milestone and one that will provide a major boost to Global Britain as it emerges from this pandemic,” said Sean Doyle, CEO and Chairman of British Airways. 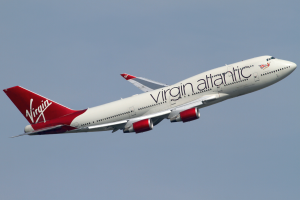 At around 4 p.m. on Monday, the airline’s website briefly crashed as consumers hurried to book flights to popular destinations such as Washington and Las Vegas.

Meanwhile, Virgin Atlantic’s CEO, Shai Weiss, called the announcement a “significant milestone toward the reopening of travel at scale, allowing consumers and businesses to book trips to the United States with confidence.”

The news is a huge win for airlines like British Airways and Virgin Atlantic, as well as airports.

The move allows family and friends from the United Kingdom and the United States to be reunited after years of separation due to limitations.

So, when are you booking your tickets?