One year on since Boris Johnson made the announcement that the UK would be going into a national lockdown and international travel is still illegal, UK airline stocks are down and it remains unclear when exactly we’ll be able to take to the skies again amid a third wave of Coronavirus. It has been an unprecedented year for flying affecting the travel sector harder than any other and it’s unlikely it will go back to how we knew it any time soon. But how exactly has the global pandemic transformed the aviation industry and what’s to come? 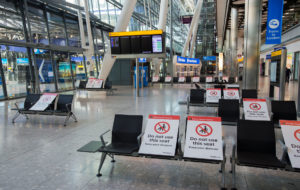 Last year a member of Lufthansa’s Executive Board, Michael Niggemann described the pandemic as “the biggest crisis in aviation history.” With a year of uncertainty and grounded flights, there’s no doubt that the pandemic has had a massive financial impact. Airlines across the world have suffered huge losses since the decline of passenger numbers and unsurprisingly have had to make huge cuts to survive in the market. Major airlines including British Airways (BA), Lufthansa and Etihad have unfortunately been forced to get rid of thousands of flight attendants, pilots and ground staff in order to save money.

To put that into perspective, BA entered the pandemic with a staggering 45,000 staff but have been forced to cut 10,000 jobs across the whole of the business meaning around a fifth of roles have been lost. With the future of travel still uncertain, no job is secure right now and airlines certainly aren’t out of the woods yet as countries around the world continue to ramp up travel restrictions. 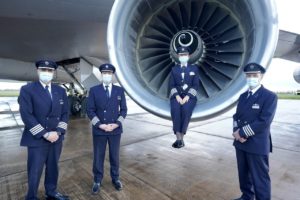 The rules imposed by the lockdown have completely changed flying operations as we know it and you can now get fined for travelling without proof of a negative Covid test result. From the moment you enter the terminal, to the second you step foot onto your flight, you can expect to follow a whole list of stricter measures to reduce transmission of the disease.

At Heathrow Airport, high tech UV cleaning robots have been installed to touch screens, and UV handrail technology has been fitted to escalators to ensure continuous disinfection of the moving handrails. These pioneering technologies use UV rays to efficiently kill bacteria whilst anti-viral wraps have also been installed to security trays, lift buttons, trolley and door handles. These work by coating high-touch surfaces in a material with long-lasting anti-viral protection. Britain’s busiest airport have even hired an additional 100 hygiene-technicians. And that’s all before you’ve even boarded your plane! 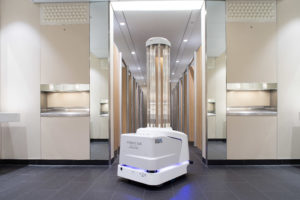 Forget the luxuries you were once accustomed to at 30,000 ft! It’s all change, from the use of in-flight magazines, entertainment, food services and seating! Qatar Airways are one airline currently trialling touchless in-flight entertainment. Whilst last year, many short haul companies including Easyjet suspended their food and drink service. You can now even pay to sit next to an empty seat on board an Emirates flight. I’m sure that’s one thing many passengers would actually pay for post-Covid!

Increase in Cargo Flights Since Lockdown

With a demand in freight flights delivering important medical supplies to different countries, this area of aviation has taken off with BA reporting cargo revenues increasing by almost €200m to €1.3bn. It is one way that airlines have been able to make some money and Heathrow Airport has reported that cargo flights have risen from 32 to 365 per week. 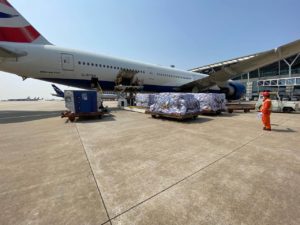 What on earth is a ghost flight I hear you ask? Well, in order to keep the aircrafts in tip top condition since they’re spending more time on the tarmac than up in the air, airlines have been doing empty flights to meet maintenance and flying regulations. When the first lockdown was announced, 9 out of 10 flights were grounded with flight tracking website Flightradar24 reporting 711 departures from the UK’s top ten airports as opposed to 7,865 in the weeks before Boris made the announcement.

At first many airlines including Virgin Atlantic carried out these ‘ghost flights‘ in order to maintain their slots. Pre-Covid regulations mean that airlines are usually required to use 80% of slots at oversubscribed airports or risk them being taken away in the following year. However, this has since been waivered so that struggling carriers can save on what it would cost to operate these empty flights.

Although, Ryanair are an example of an airline that have been seen doing these so called ‘ghost flights’ despite the waiver which not only help to keep their planes running but also give pilots the hours they need to refresh their skills. 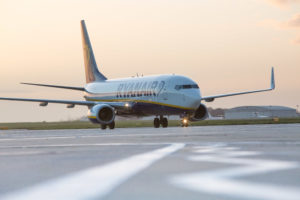 The Future of Travel Post-Lockdown

Currently the UK government have said the earliest international travel could resume is May 17. As the date rapidly gets closer and the current situation across Europe not massively improving, this date is still very much up in the air. The Government are set to review international travel in guidelines that will be published on 12 April. Brits eager for a holiday this year will be highly anticipating the all clear for a summer of flights whilst airlines such as TUI who expect to run at 80% capacity will be desperate for some positive news.

Today it was announced that from Monday, new rules mean that anyone without a reasonable excuse to travel could receive a £5000 fine. There is also an ongoing debate on so called ‘vaccine passports‘ which could become mandatory when flying to provide proof of a vaccination. Although, some countries desperate for tourism including Spain and Turkey have said they will welcome any passengers, vaccinated or not. When this will be however, will not be addressed until next month.

Now more than ever the aviation industry needs saving or the harsh reality is that there may be more job cuts, airline closures and less freedom to travel abroad.

It feels like a lifetime that we have been in lockdown and the one year anniversary today brings to light just how much of an impact the virus has had on the entire aviation industry. Do you think it will be able recover any time soon? Let us know below.