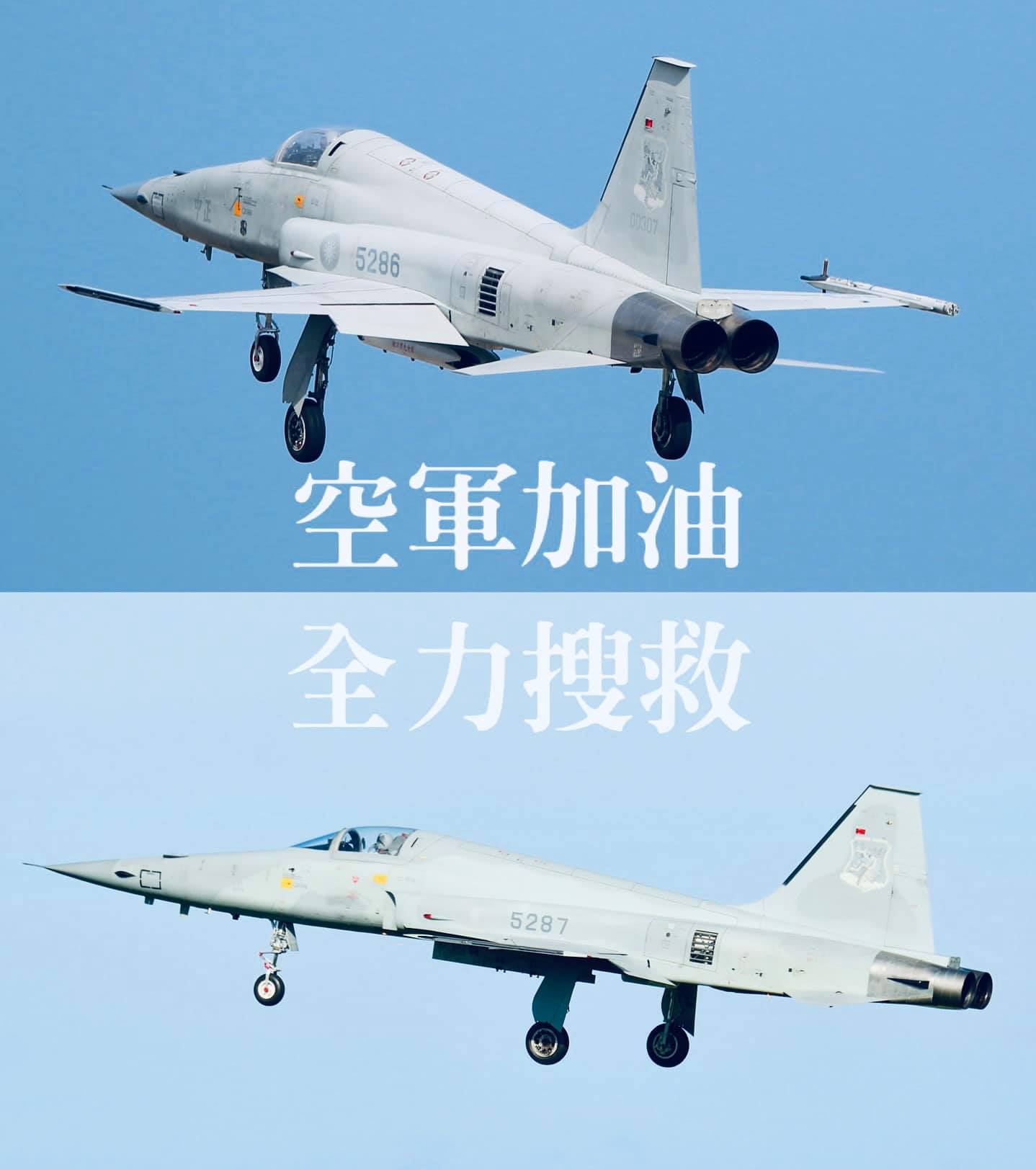 Taiwan Air Force is facing another accident. Two Taiwan Air Force F-5E fighter jets collided and crashed into the ocean. This is the second accident in less than six months and the eight severe accident involving F-5E fighter jets in the past 20 years. The previous F-5E crash occurred during a training mission after an engine failure,  the aircraft’s pilot, Captain Chu Kuan-meng, died in the crash, which occurred last October

The Search & Rescue mission has immediately dispatched. Black Hawk helicopters and maritime patrol boats scrambled to the accident site. A search zone is 1.4 nautical miles offshore has been located from the Xuhai Fishing Harbour.”

Firefighters and search & Rescue agents have also been sent to carry out an onshore search. At 16:14 (08:14z), local police found an ejected seat and parachute at the Provincial Highway 26, but no casualty was located nearby. Ten minutes later, First Lieutenant Lo was found in the sea unconscious and then transferred to the Hospital. Despite having vital signs upon discovery, the 26 years old later died at 17:45 (0945z), leaving behind his young fiancée.

The other pilot, Captain Pan, is still missing. Two vessels and a crew of 16 people from the Coast guard are searching the accident area. According to the latest weather report, the accident site’s water wave is about 3 to 4 meters. The estimated wind speed is about 52-75km/h, with gusting of 88-103km/h, increasing the difficulty of search and rescue.

This is a developing story and we will bring you further updates as more information becomes known.

The World's Most Expensive First Class Seat- The Etihad Residence

Read More
Sustainable Aviation Fuel (SAF) Processing Plants with a staggering capacity of 120 million gallons per year is to…
Read More
The events in Afghanistan is taking a huge toll on humanity and a part of it affects Aviation.…