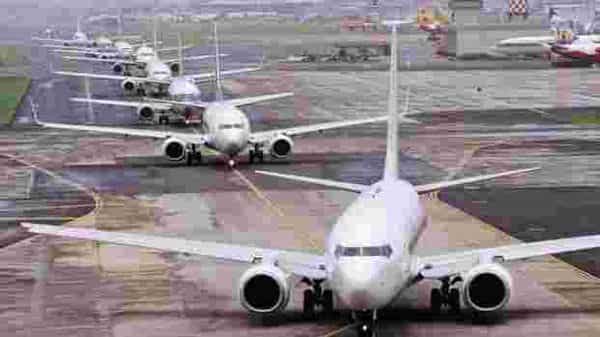 Home From A Screeching Halt To A Positive Take-off, Welcome 2021

From A Screeching Halt To A Positive Take-off, Welcome 2021

No one ever expected that such a thing would happen.  However, it happened.

To the complete shock of humanity! The world and especially the aviation industry witnessed the crippling effects of COVID-19.

The Worst Impact Was for The Aviation Industry.

Aviation is the one, noticeable industry that suffered the most.  Aviation enthusiasts, followers and specialists know that the airline industry is the benchmark of the world’s growth indication.

As much as Revenue per Passenger Kilometers (RPK) is achieved, it is an indicator of the world economy as to which way the world is moving.  A number of aircraft booked, delivered and in operation determines the factor of world GDP growth.  Surely,  Aviation took the worst hit by any standards.  Almost 100% of the fleet by world airlines was grounded in and around March 2020.  Even now and after 10 months,  many airlines are yet to start their operations. The dates for aircraft resumption remain unknown. Finally,  major international routes are suspended.

Hopes are High In The New Year.  Indian Aviation Looks Forward To A Strong Rebound.

The Domestic situation is perhaps better.  As far as the Indian aviation is concerned and as the writer is from India,  The situation looks better as of now and 2021 is promising.  A total turn around though expected only in 2023.

“While the recovery in domestic traffic has been encouraging, it’s worth noting that the average daily passenger run-rate has started to moderate this month. Going ahead, it is possible that the recovery may turn more topsy-turvy, as seen in Europe and the US.”

Recovery is still an optimistic outlook as far as the Indian Aviation sector is concerned but there are improvements to domestic flying.  Additionally, airlines have not ventured into expanding their networks or getting into new routes.  In addition, aircraft orders are scarce.

While at the same time,  airlines are brimming with confidence for a brisk turnaround in 2021.

One hopes that with the arrival of Vaccine for COVID-19 and remedies are imminent,  2021 is going to see a rebound and fresh lease of life for this sector.

Your views are welcome!

Read More
American Airlines will offer more than 1,000 cargo flights serving 32 destinations. The airline restarted cargo-only flights after…
Read More
The International Air Transport Association (IATA) has warned that increasing user charges at 46 airports in Spain could…
Read More
The Ministry of Transport in Vietnam has announced on Tuesday the 19th the approval to increase domestic flights.…