The suspended Cathay Dragon CEO, Algernon Yau, today announced he was retiring from his parent company (Cathay Pacific), and has been appointed as Chief Executive Officer for the new start-up: Greater Bay Airlines. The appointment will be effective from 4th January 2021, after formal retirement from the Cathay Pacific group after almost 40 years of service.

In a company internal circular and subsequent confirmation to the media, the Founder of the Airline – a property mogul who also owns Donghai Airlines -Bill Wong Cho-bau, welcomes Yau in joining the company. 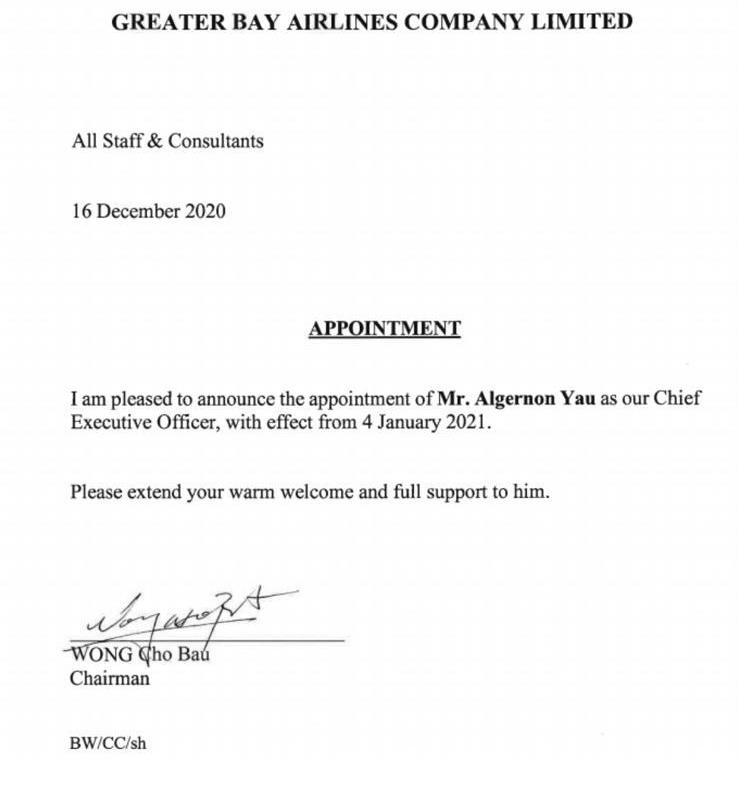 With the appointment of CEO from a reputed local carrier, Cathay Dragon, the company is expected to strengthen the application process of achieving it’s air operator’s certificate (AOC) and License of Air Services for commencing  regular commercial services in Hong Kong. 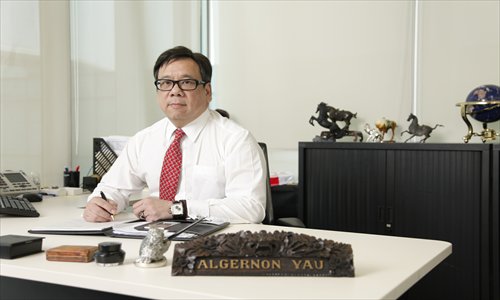 The joining of the former-Dragon CEO will contribute a wealth of experience from a mature network in Mainland China, with operations spanning over 50 destinations: This will help strengthen the launch of the start-up carrier which currently has three aircraft planning on operating within the region.
Yau had took charge of the service delivery department at Cathay Pacific, monitoring the airline’s in-flight services and ground operations, and the business of the group’s subsidiaries such as Cathay Pacific Services Limited (CPSL), Hong Kong Airport Services Limited (HAS), Cathay Pacific Catering Services Limited (CPCS) amongst a few other minor branches. Alongside this he was responsible as the CEO of the Cathay Dragon arm of the carrier.

Cathay Dragon stopped its business in October by the massive restructuring, and job cutting within the wider Cathay Pacific group. Yau’s retirement from Cathay Group concurred with the closure of the airline and the winding down of its affairs.

Greater Bay Airlines is expected to benefit from the closure of Cathay Dragon, which provides an empty position for the potential carrier (which lacks an AOC at present) to takeover the relinquished routes and slots. The major opponent, Hong Kong Airlines (HKA), continues to operate and recently has just slightly  managed to return to breaking even financially, by cabin load cargo flights.

Yau is the latest members of former Dragon staff members and industry veterans to assist in the corporate development of Greater Bay Airlines – including Yau’s predecessor in Dragonair and Airport Authority, Stanley Hui Hon-chun, ho join’s Bill Wong’s team as chief adviser to Wong. Wong also owns the Shenzhen-based Donghai Airlines, currently holding a fleet of  more than 20 Boeing 737 aircraft and investing HK$2 billion to launch GBA, with a starting staff of 300 according to a report from the South China Morning Post earlier this year.

The new low cost carrier is estimating to operate up to 30 aircraft by 2025, with a team of 3000 staff, including the manpower from the ex-dragon.

What are your thoughts on this new carrier? Let us know in the comments below!

From A Screeching Halt To A Positive Take-off, Welcome 2021

A Look at Emirates Success During the Covid-19 Pandemic