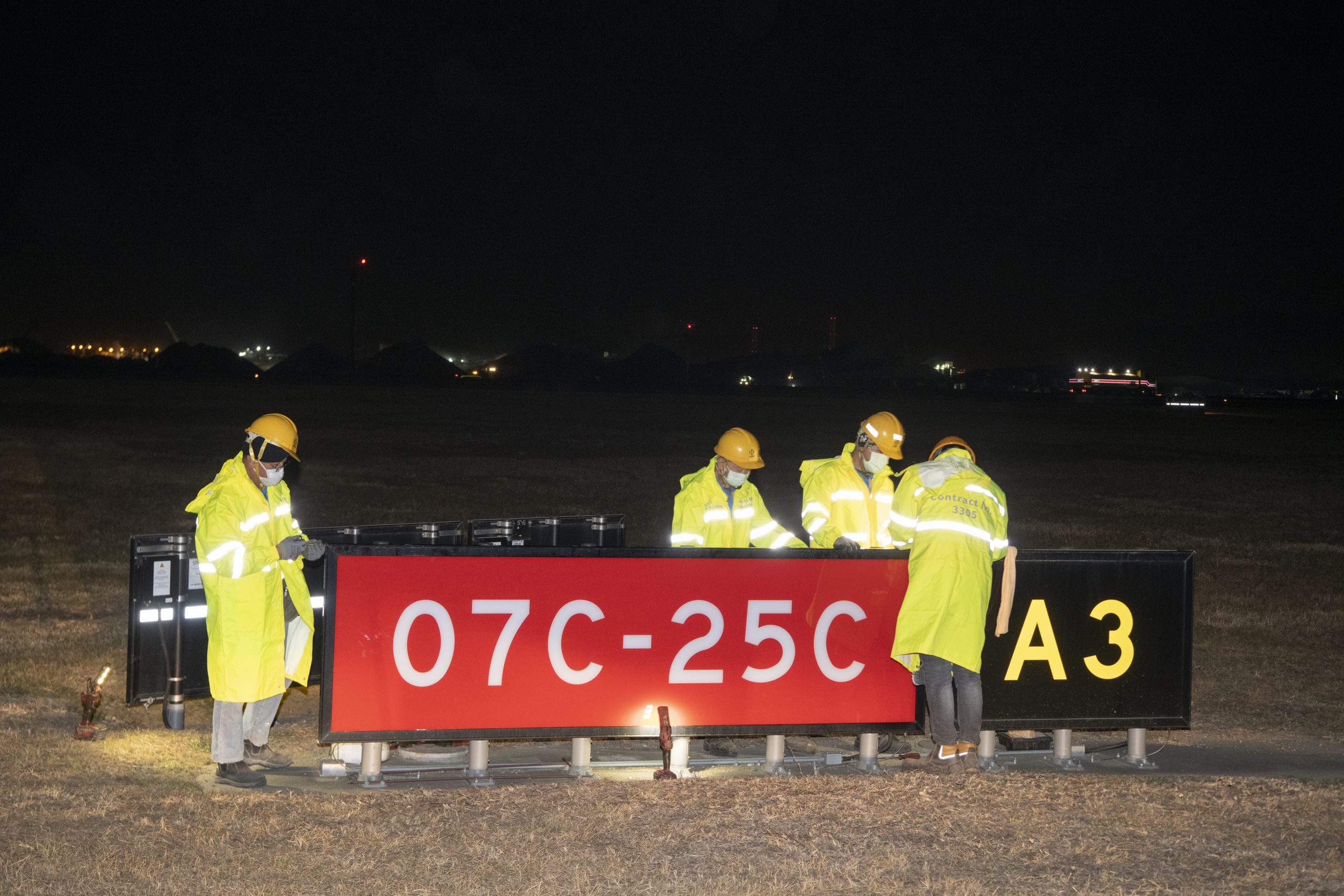 To prepare for the new north Runway in 2022 and to fulfil the International Civil Aviation Organisation (ICAO) requirement, the runway re-designation and the existing north Runway (07L/25R), been changed to Centre Runway (07C/25C) today in Hong Kong International Airport.

Starting from 00:01L ( UTC +8), the North Runway was closed to final re-designation procedures. The runway designation markings and the mandatory instruction markings of the Runway and taxiways were replaced by 07C and 25C.  The Civil Aviation Department (CAD) has worked closely with Airport Authority to provide support for the runway re-designation in various aspects concerning aerodrome control, including modification of equipment and procedures.

Civil Aviation Department has been working closely with Airport Authority to provide support for the runway re-designation in various aspects concerning air traffic control and aircraft take-off and landing, including modification of equipment and procedures.

Vivian Cheung, Executive Director of Airport Operations of Airport Authority, Hong Kong, expressed that the airport authority is pleased to see the smooth operation of re-designating the North Runway. She also mentioned that the entire process started over a year ago, with meticulous planning and closed communications to complete the final changeover smoothly over one night. “All necessary updates on equipment, operation plans, procedures and manuals have also been updated apart from system upgrade and airfield works”.

In addition to the runway re-designation, the preparation is the targeted commissioning of the Third Runway in 2022, including exercises, drills, trials and paperwork. The Centre Runway will then be closed for reconfiguration and other tasks of the third runway project simultaneously, with the target of completing the construction of the three-runway system in 2024 as planned.

Read More
Flights across the North East of America have been cancelled today as a huge snowstorm sweeps through the…
Read More
2019 was a lousy year for commercial aviation. The business was shaken by events such as the China/US…
Read More
American Airlines set to retire five aircraft types. The airline will retire its A330, B767, B757, EMB190 and…