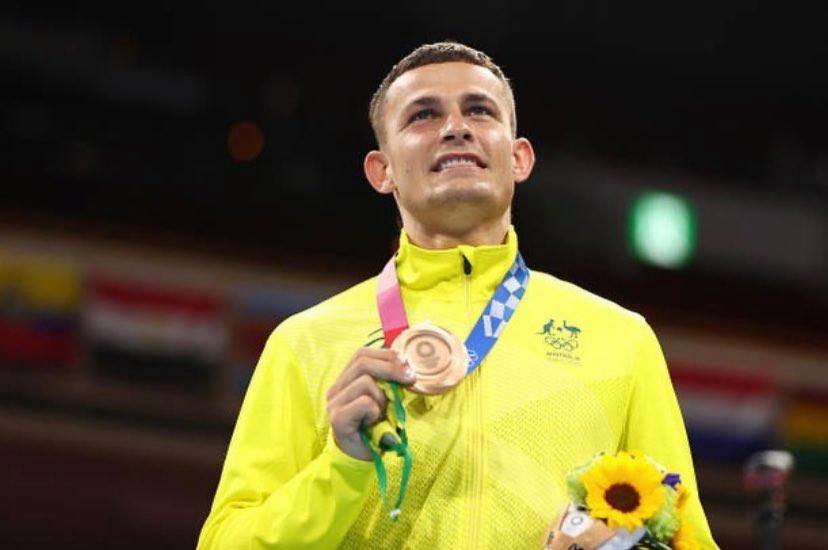 Australian Olympian boxer Harry Garside proved that not all Aussie athletes behave like hooligans on flights after a heartwarming act of kindness.

After a successful Olympic campaign that saw Aussie Harry Garside take home bronze in the Men’s Boxing Lightweight category, he went out of his way to make an incredible gesture that reinstalled hope in athlete behaviour.

On Monday, Garside posted a video on Instagram showing his business class plane ticket for his return to Darwin from the Tokyo Olympics. He captioned the post: “First time ever, cmonnnnsi.”

However, just before departure, Garside posted an Instagram story that saw him sat at the back of the plane in economy class along with his Aussie teammates. The lightweight prodigy said “Arigato Gozaimasu”, which means “Thank You” in Japanese.

Upon his arrival in Darwin, where he will join his fellow Australian Olympians in quarantine for 14 days, he revealed that he gave his business class ticket to his coach, Kevin Smith.

“The question on everyone’s mind coach is how was business class?” said Harry Garside, speaking to his coach in a heartwarming moment on Instagram.

I don’t remember much about it, because pretty much as soon as my head hit the pillow, I was away. – Replied Garsides coach, Kevin Smith, with a small chuckle.

This comes roughly a week after Japan Airlines sent a written complaint to the Australian Olympics Committee following alcohol-induced antics by Australia Sevens-rugby and Olyroo stars on their way home. An investigation has been launched, and we await to find out the fate of the athletes involved.

Garside became the first Australian to win a boxing medal in over 3 decades, the last time being Spike Cheney back in 1988. His stunning victory over Kazakhstan’s Zakir Safiullin puts him among a number of Aussies who broke long-standing Australian Olympic records in Tokyo. We think that’s a good cause for celebration!

Have a heartwarming story from Tokyo 2020? Let us relive the most unique Olympic games to date, and let us know in the comments.

Read More
There are so many functions to an iPad: it’s great for streaming movies, downloading wide-screen games, or facetiming.…
Read More
The UK Government has imposed new restrictions following the discovery of a new strain of COVID on mink…
Read More
Tourism hubs like Bangkok, Bali, and potentially Phu Quoc Island are welcoming vaccinated travelers in less than a…