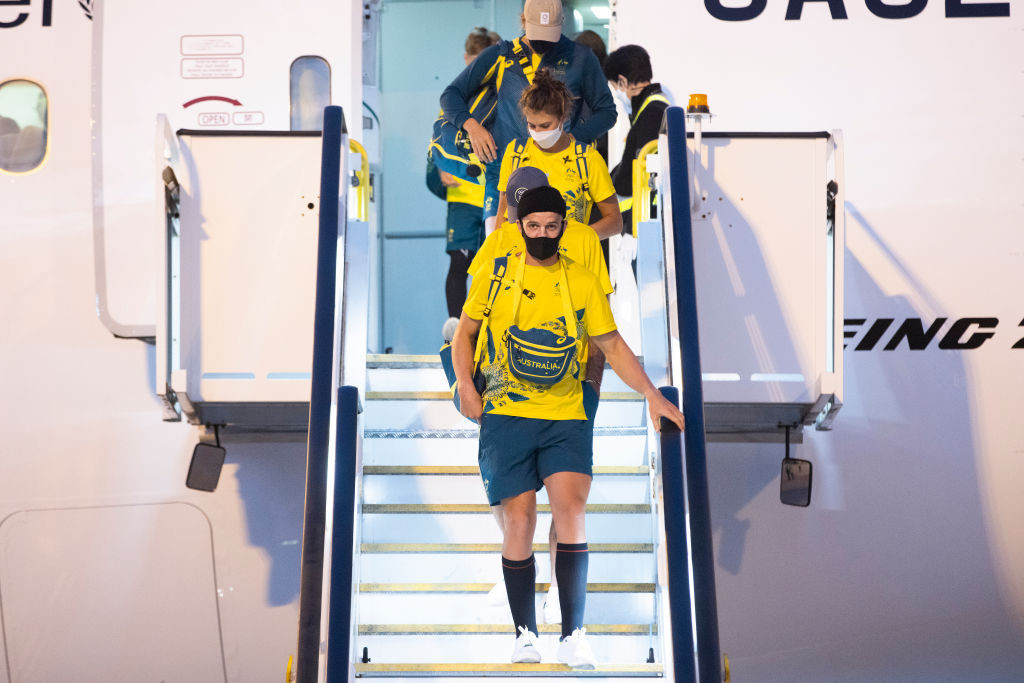 Japan Airlines has filed an official written complaint to the Australian Olympic Committee against Australian athletes misconduct on their flight home from Tokyo.

The Japan Airlines flight in question, JL51, departed from Tokyo’s Haneda Airport in the evening on 29 July and landed in Sydney the following morning. Passengers expressed their experience travelling with the athletes as “loud, singing, refusing to sit down when requested, rowdy and obnoxious” throughout the flight. The teams were also refusing to wear their face masks and continuously drinking alcoholic beverages.

It appears the drama began when the national football team, Olyroos, and the rugby team, which separated initially due to restriction, assembled near the Olyroos team’s seats towards the back of the jet and began chanting and singing. Other members of the Australian Olympic team, including the surfing, badminton, and shooting team, were not involved in the occurrence. One of the team members on board said she was “mortified” by the behaviour of both teams.

Flight attendants also reflected that the players refused to follow their instructions to remain seated with their masks donned. They were instead continuing their behaviour to raid the aircraft’s galley for alcohol even after being rejected.

Australian Chef de Mission Ian Chesterman stated he was “deeply disappointed” over the misconduct and condemned the team officials who allowed the antics to get out of hand. “There were certainly staff from those organisations on that flight, and I think we’ve made it very clear to everybody that we expect them to take control of their athletes in these situations,” he said.

Matt Carroll, the Australian Olympics Committee Chief Executive Officer, said the incident is “extremely disappointing”, and a general meeting has been brought up with the heads of both sports. Both sports leaders were taking full responsibility for their players. “Both Rugby and Football have told me that such behaviour is certainly not acceptable within their sports and have sincerely apologised to the Australian Olympic Team,” he said.

In a statement, Rugby Australia confirmed that it is conducting its own disciplinary hearings into the matter after the awareness by the AOC of the unsafe and “unacceptable” behaviour by the Australian men’s Sevens team on the flight home from Tokyo. The official statement said. “Rugby Australia has begun its internal investigation into the matter based on the information provided by the AOC. Rugby Australia expects the highest standards of all its employees, modelling the values of our game – respect, integrity, passion and teamwork.”

The Football Federation Australia also expressed their concern about the behaviour of the Olyroos on the flight. The spokesperson said. “Football Australia is discussing the matter with the AOC and is taking the responsibility to investigate the involvement of any footballers.”

From 12th July, Etihad is to resume flights to India. No flights have been scheduled since the start of…
Read More
As the world looks to the future – and a time when the aviation industry adapts to the…
Read More
Eastern Airways is a regional airways based in United Kingdom with its Head office located at Schiphol House,…