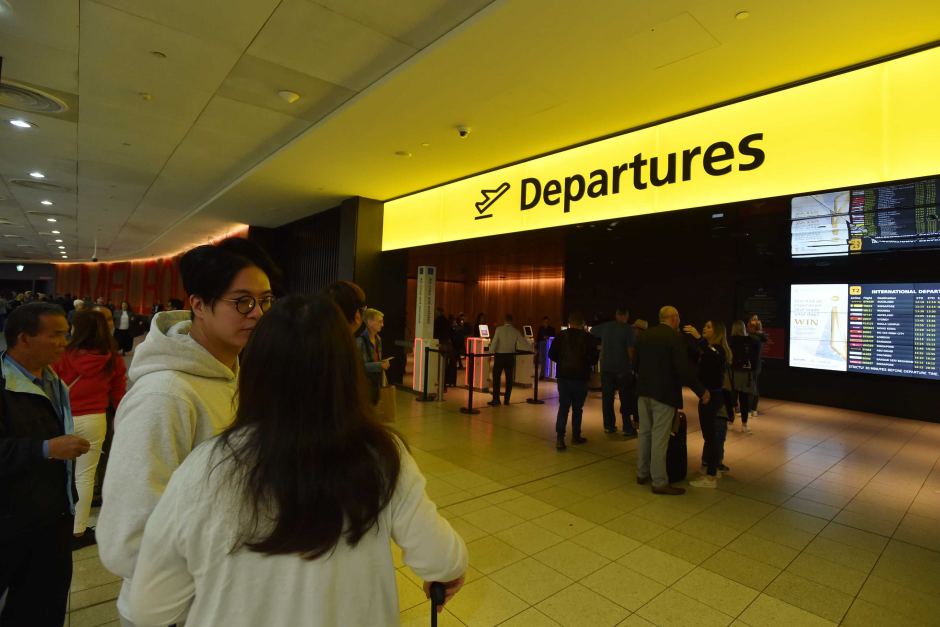 The last few days have been a whirlwind in Australian politics. Australia will finally taste freedom in November when the ban on international travel is lifted. Scott Morrison announced the revelation shortly after New South Wales premier Gladys Berejiklian stood down from politics altogether.

Freedom Is Never Given; It Is Won

Parts of Australia have endured some of the harshest lockdowns in the world, with New South Wales and Victoria still behind bars. However, morale is improving on the eastern front as Gladys Berejiklian announced a three-step roadmap out of lockdown last week. The plan detailed the requirements that needed to be met in order to lift the stay at home order. This included a state-wide double vaccination rate of 80 per cent, a target the former premier tipped to be reached by October 25th. However, the saying “freedom is never given; it is won” feels appropriate for many Aussies today as Scott Morrison outlined his plan to allow international travel to resume in Australia.

Australians will be required to be fully vaccinated to leave the country, with hotel quarantine being scrapped in place of home quarantine upon return. This is particularly good news for the estimated 45,000 Australians still stranded abroad, some for as long as 18 months when the travel ban took effect.

The Roadmap Has Been Released But Not Without Potholes

Depending on where you live, international travel may still be a long wait yet. This is because Scott Morrison has left it up to individual state leaders to decide when to implement the travel ban lift. Ultimately, whether you live in a state with a high vaccine rate or a state with a significantly more lagging vaccine programme, you still have to be vaccinated to travel. With New South Wales leading by example, it will likely be the first state to enjoy unrestricted travel.

States will begin relaxing restrictions on international travel when the 80 per cent fully vaccinated mark is hit. NSW is likely to reach the number before November, allowing the state the best chance of resuming international travel before any other state in Australia.  Meanwhile, Victoria is projected to hit the same mark by mid-November, delaying their international travel privileges by up to a month. Western Australia, Queensland and South Australia are on track to reach 80 per cent by the first week of December. However, these states have taken a strict stance on border closures over the pandemic; therefore, freedom may be pushed back once again. Despite all states being at different stages in their vaccination programmes, it is clear that Scott Morrison wants Australians to claim their freedom back before Christmas. Australia is expected to collectively reach 80 per cent fully vaccinated by November 10th.

States and territories will begin this program at different times given their varying vaccination rates but we expect the system to commence in November. – Morrison said in a statement.

Morrison also went on to confirm that those not eligible for the vaccine, such as citizens under the age of 12 and people with a condition that prevents them from getting vaccinated, will be considered vaccinated for the purpose of travel.

Australian citizens and permanent residents who cannot be vaccinated, for example if they are under 12 or have a medical condition, will be treated as vaccinated for the purposes of their travel.

Those fully vaccinated returning to Australia will be able to quarantine at home for seven days. However, those unvaccinated or with just one dose will have to shell out for a 14-day hotel quarantine. This also extends to those vaccinated with a vaccine not recognised by the TGA.

We will also work towards completely quarantine-free travel for certain countries, such as New Zealand, when it is safe to do so.

Meanwhile, testing will continue to be a requirement for any international travel. Rapid antigen testing may be introduced soon to reduce the time people have to wait for results.

Testing is expected to continue to be a requirement of international travel, but subject to further medical advice, Rapid Antigen Tests may be used.

New South Wales At A Crossroads

In what can only be described as a shocking development, Gladys Berejiklian informed us of her immediate resignation as NSW premier on Friday. In addition to this, she has also stood down from parliament altogether, leaving the liberal party in a scrap to assign a new premier by the end of next week. Ms Berejiklian said in a difficult-to-watch press conference that her resignation could not happen at a worse time.

The former premier’s resignation comes at a time that Ms Berejiklian describe as New South Wales’ most challenging time with hospitals full and Covid19 gripping the state. However, The Independent Commission Against Corruption (ICAC) announced that it had launched an investigation on Ms Berejiklian in connection to grants given to several community organisations in the NSW Riverina region between 2012 and 2018.

It’s still unclear how Gladys Berejiklian’s resignation will affect the states lockdown as the new party leader may have a different idea of how to steer NSW out of lockdown.

For the latest on Australia’s journey towards the resumption of international travel, follow us at @thetravelradar