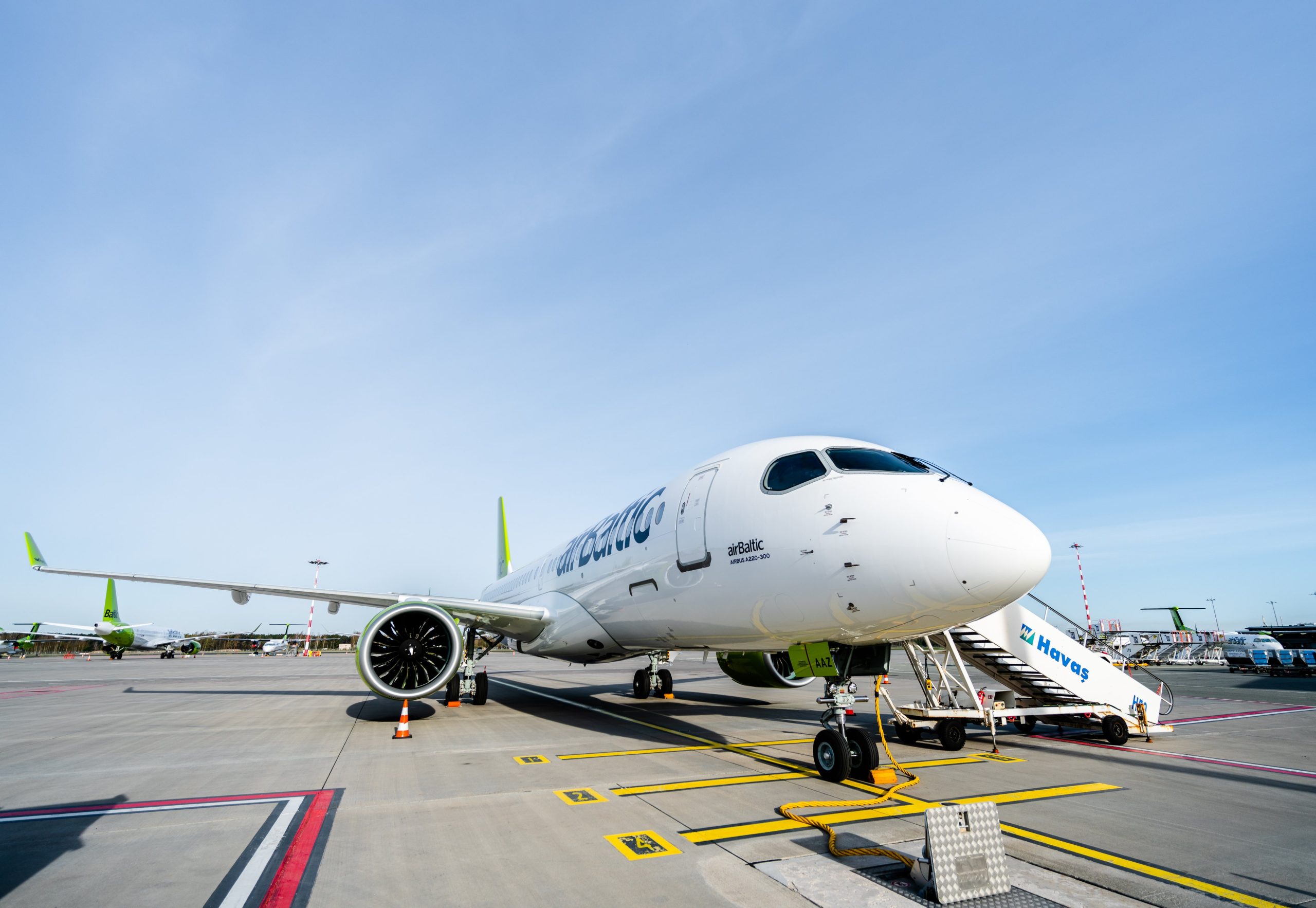 This comes after they publicised their plan to expand their fleet. Since May last year, AB has operated all its flights with a single aircraft type, that is the A220-300, an air bus that is becoming AB’s unique selling proposition.

Best of Both Worlds

Founded 28 August 1995, AirBaltic (AB) has worked hard at finding a gap in the market for its airline for they aim to become Europe’s most sustainable carrier. The Airbus A220-300 gives them that opportunity.

The A220-300 is the greenest commercial aircraft available. Its advanced aerodynamics combined with specially designed geared turbofan engines contribute to an aircraft that delivers 25% lower fuel burn than previous generation aircraft – in turn helping reduce not only the Carbon Dioxide and Nitrogen Oxide emissions by 20% and 50% respectively, but also operational costs.

A single aircraft fleet not only makes Latvia’s flagship carrier unique, savvy and sustainable but it also plays into the growing concerns of key stakeholders and the public at large in relation to climate change.

They have also worked at reducing household and mixed packaging waste (cardboard, paper, plastic) by reducing the use of them  – including opting for electronic document use and iPads for pilots. Delta, another eco-friendly airline is also in pursuit of the A220 dream. Since the pandemic started, they have resorted to reducing the Boeing 717 models and have also placed an order for a batch of A220 models (45 A220-100s and 50 A220-300s) for 2021, suggesting that the A220 paves the way for fuel and cost efficiency.

Which aircraft would you opt for amid rising climate change? Let us know below.

Read Article
A professional skydiver turned Emirate’s flight attendant, Nicole Smith-Ludvik, caused quite the storm over the weekend as she…
Read Article
A Qatar Airways A350-900 jet scheduled on a route from India to Qatar was diverted to Pakistan’s largest…