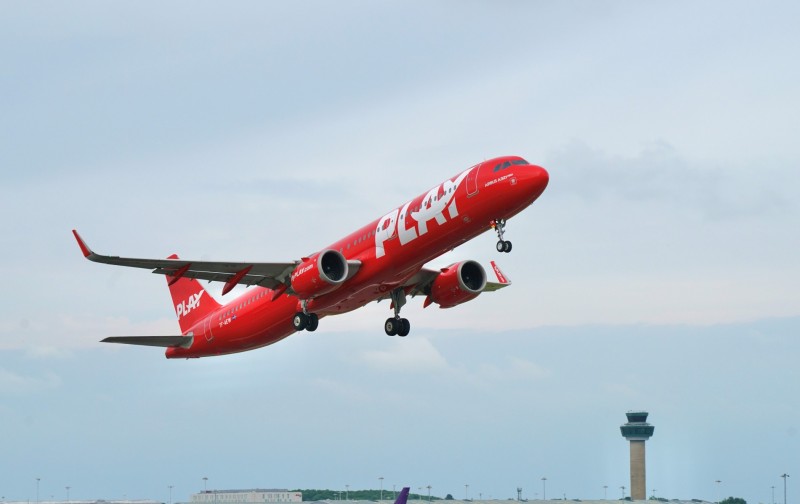 Home A New, Very “Playful” Airline has Touched Down in London

A New, Very “Playful” Airline has Touched Down in London

A new connection between Iceland and England

Play will fly from its home base at Keflavik Airport, near Iceland’s capital city, Reykjavik, to London Stansted four times a week, on Monday, Thursday, Friday, and Sunday. In addition, the new carrier will fly its Airbus A321neo in a recognizable all-red livery.

The inaugural flight touched down in London on June 24. On occasion, Steve Griffiths, CEO of Stansted airport, stated:

The airport’s CEO is confident that British travellers will take advantage of the affordable prices at which PLAY is selling its tickets. Moreover, Iceland is currently on the UK’s green list, meaning that passengers flying back from the country do not have to quarantine. This will presumably boost the desire to travel to Iceland, a unique place with a lot of natural beauty to enjoy, now at a low price.

Birgir Jónsson, CEO of the LCC, was very proud of the inaugural flight. He described the connection to London as a milestone in the development of the airline. He thanked his team of colleagues, who played a vital role in the launch of the new airline. He also commented on the airline’s image, particularly on the crew uniforms, which mirror the airline’s values: simplicity, playfulness, competitiveness, equality, and on-time performance.

London is just the first of Play’s new routes. In the following weeks, the red airline will also fly to other European cities, such as Alicante, Barcelona, Berlin, Copenhagen, Paris, and Tenerife south.

As far as the airline’s uniforms are concerned, these are an example of a company that believes in the value of equality.

The airline is the first to have designed gender non-specific uniforms. This means cabin crew members are allowed to mix their clothing according to their taste and, more importantly, how they perceive themselves. The designers of the uniforms, Gunni Hilmars and Kolla, stated:

We really wanted to throw out all those old ideas about uniforms and bring in more comfort”.

What do you think of this brand new LCC and its values? Let us know in the comment below!

Read More
The U.S. Federal Aviation Administration (FAA) has certified the Boeing 737-8200, a high-density variant of the Boeing 737…
Read More
STARLUX airlines, Taiwan’s youngest airline celebrated the graduation of their first batch of cadets earlier in the week.…