In March 2020, the breaking news of a deadly new virus decimated the aviation industry all around the world. The pandemic has since dominated the headlines, causing flights, airlines and entire countries to grind to a complete halt. But hold back those tears, because 2021 has finally delivered some incredible news. Not only did Friday 12 March see the highest passenger count since the pandemic era began last March, but the US has now seen a week of passenger numbers above one million for the first time since March 2020. This bodes well for domestic travel heading in the northern hemisphere’s summer, as well as the easter break. 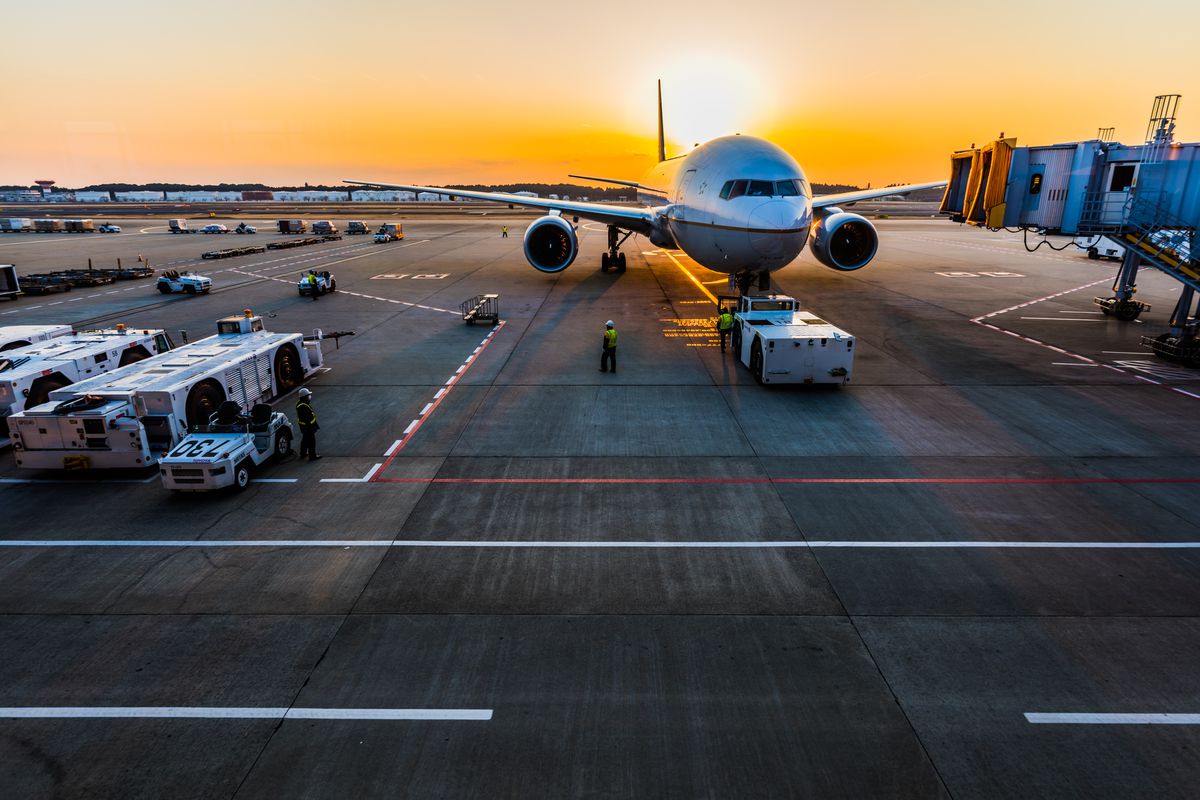 Around 8.7 million people travelled through American airports between March 11th and March 18th, according to TSA. Pictured above, Miami Airport. Photo: Ken Yam/Unsplash

Friday 12 March 2021 witnessed 1.35 million passengers travel through TSA checkpoint, which surpasses the Covid-19 record set on 3 January by around 30,000. Since that fateful Friday, approximately 8.7 million Americans travelled through TSA checkpoints in the span of seven days. Miraculously, that means over one million passengers have boarded a plane for seven consecutive days, something that hasn’t occurred since March 16th 2020. Airlines are capitalising on higher demands for domestic and leisure travel now that cases are falling and vaccines are becoming widely available. The higher spikes in travel are generally occurring late in the week or on weekends, suggesting an increase in leisure travel, a promising prospect with significant events and summer around the corner. 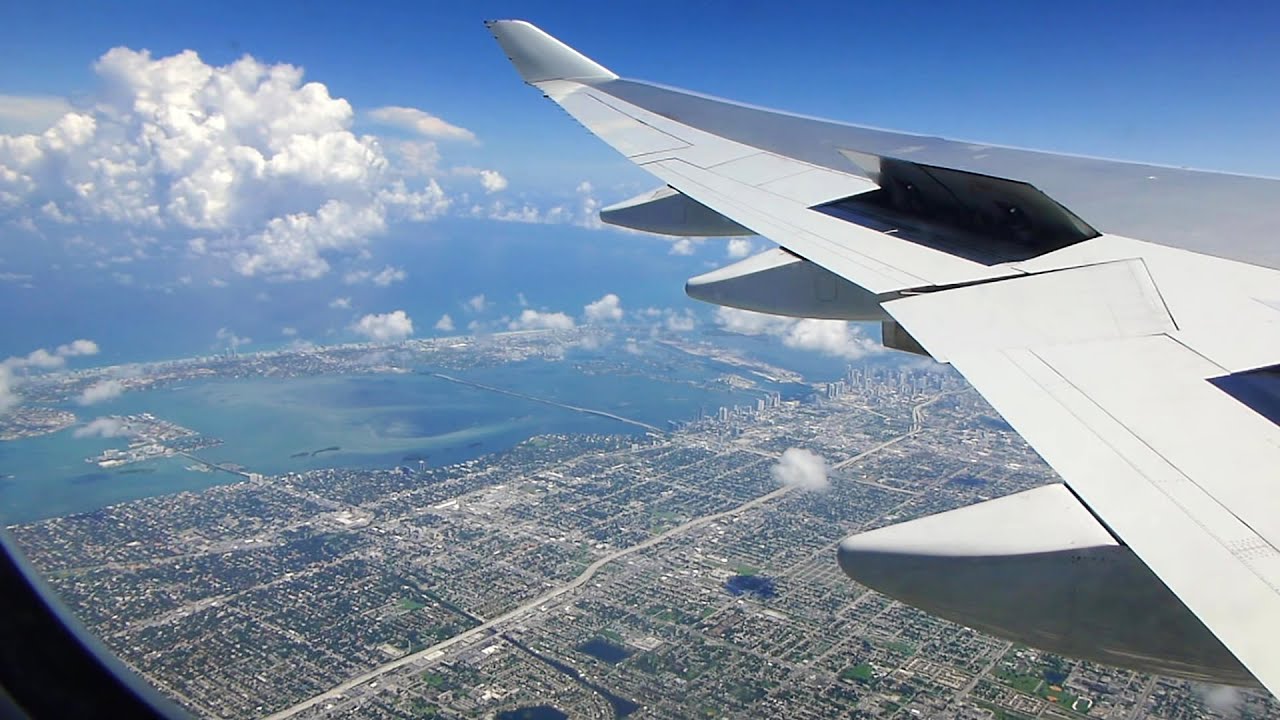 Miami as seen from the window of a plane landing at Miami International. Photo: LimeWave/YouTube

Despite the ongoing pandemic and millions of daily cases still being recorded throughout the United States, passenger numbers have been steadily increasing. Consistently higher passenger numbers of late demonstrate how people’s mindset is starting to shift. Midweek increase in passengers represents the progress made:

Never mind how incredible these numbers look to us presently; it’s worth remembering that we are still a long way behind pre-pandemic numbers. On the exact dates in 2019, passenger numbers were up around 2.1 million to 2.7 million per day. Although progress is progress and predictions for the 2021 first quarter have well and truly been smashed due to unprecedented demand. 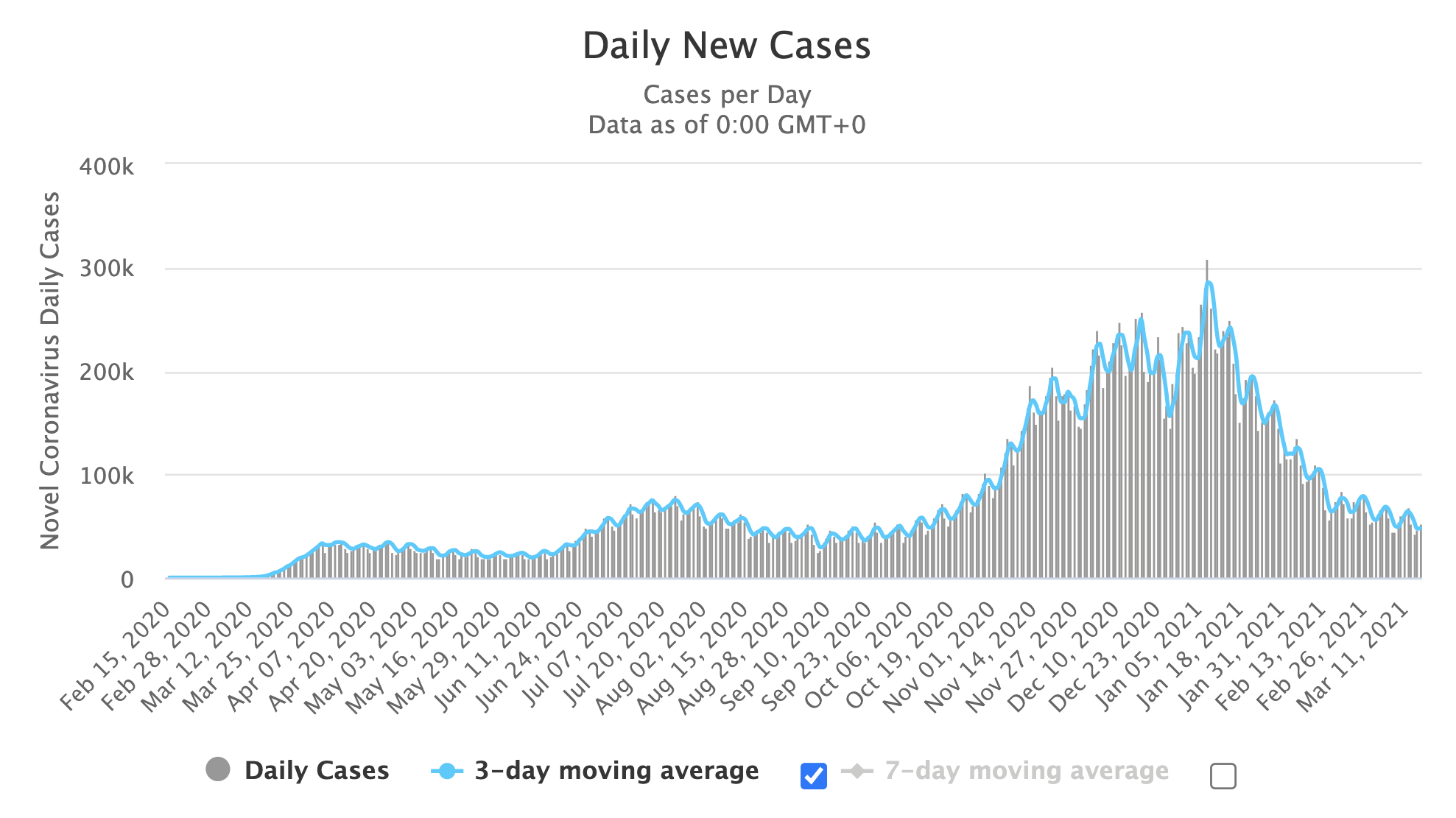 Data suggests the United States is recording around 55,000 new daily cases still. However, that is a considerable reduction from the January 8th high of 308’856. This can undoubtedly be attributed to America’s vaccine roll out now at around 135 million doses, correct as of Sunday. According to the Centres for disease control and prevention (CDC), 69,784,210 people have received at least one dose, while 37,459,269 people were fully vaccinated.

No pandemic shall stop the party

Wet T-shirt competitions, binge drinking, broken high heels and beach-ready bodies lined Collin’s Avenue in Miami this week as many still chose to travel for Spring Break. Pandemic or not, it’s Spring Break in Florida. A short walk down the main drag at Miami beach revealed that despite many colleges cancelling their Spring Break plans, many revellers chose to do Spring Break on their own terms this year. According to research from the College Crisis Initiative at Davidson College, around 60% of Colleges decided to axe their spring break plans this year. To counter the evergreen demand, about 600 institutions offered alternatives such as shorter breaks and wellness days. At the University of California, Davis, administrators offered students $75 “staycation” grants to help curb travel. However, CDC Director Rochelle Walensky expressed her dismay at the scenes of maskless revellers on the beach.

This is all in the context of still 50,000 cases per day. These should be warning signs for all of us. Cases climbed last spring, they climbed again in the summer, they will climb now if we stop taking precautions when we continue to get more and more people vaccinated. – said Walensky 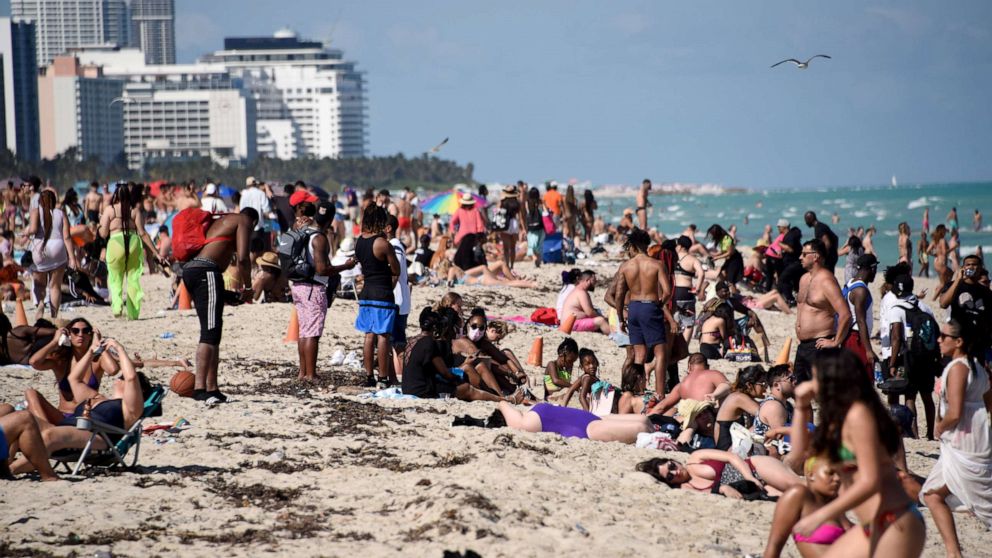 It appears that there’s no shortage of demand, although institutions are still attempting to curb the demand for travel to ease the spread of Covid-19. With new-era records already being smashed in the first quarter, hope has returned for the aviation industry. Carriers are responding to the demand, with additional routes constantly being added. Bozeman Yellowstone Airport is due to see record domestic figures, while American airlines recently announced they would be adding several new services out of Austin, Texas. As a result, the potential for widebody aircraft being deployed on domestic routes could spell higher passenger numbers on domestic routes in contrast to pre-pandemic numbers. The future, while still uncertain, is certainly looking to the skies once more.

Do you plan to travel in 2021? If so, where are you heading? Let us know in the comments.

When a Nation went to War with an Airline