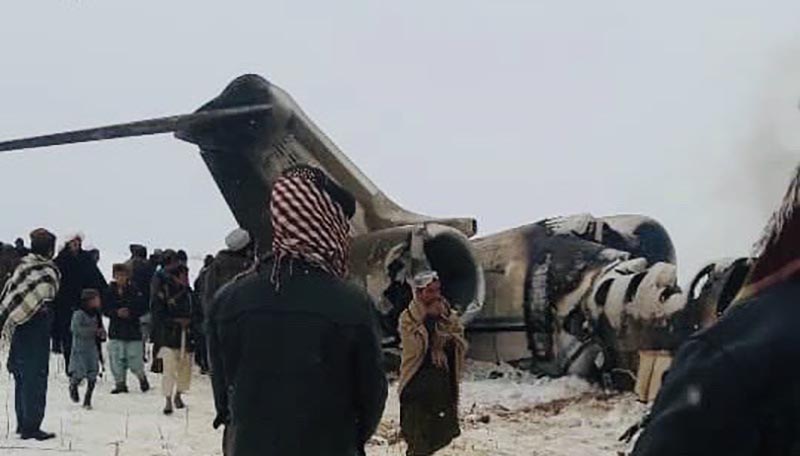 Earlier news from Afghanistan today reported the crash of an Ariana Afghan Airlines 737-400 in the eastern province of Ghazni, an area controlled by the Taliban.

A spokesman from the provincial governor’s office reported these details of the crash and it as having occurred at 1:10pm local time. The airline denied this, saying that all its aircraft were accounted for and that all their flights were operating normally. At approximately the same time, the Afghani Civil Aviation Authority said in a Facebook post that it had no reports of a civil airliner going down, raising the possibility of a military aircraft.

However from photographs purported to be from the site of the crash (above) it is clear that the aircraft is not a 737 and appears to be a Bombardier E-11A of the US Air Force. The bodies of the two pilots have been recovered.

The E-11A is operated as an airborne communications relay and gateway system especially over large distances and in mountainous and rough terrain.

This is a developing story

Read More
On 4th January 2021, the Tunisian Ministry of Transport and Logistics appointed Ms. Olfa Hamdi as the new…
Read More
Another airline reached it’s demise today, with Air Mauritius placing itself in voluntary administration amidst the Coronavirus outbreak.…