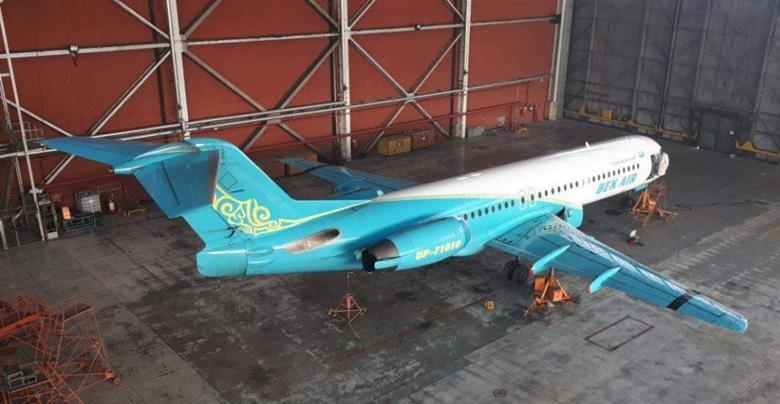 On December 27th last year, our correspondent Ankur Deo reported on the crash of a Bek Air Fokker 100 in the Kazakhstan city of Almaty. The aircraft failed to gain altitude, broke through a concrete wall at the end of the runway and crashed into a two-story building. 78 people were hospitalised and sadly 12 people lost their lives in the accident, including the captain.

The possible causes of the accident were three-fold; ice accumulation on the wings, wake turbulence and the attempted take off at a speed less than Vr. Icing was identified as the most likely cause, given the temperature at the time was -12°c.

As a result of that incident the Kazakh civil aviation (KAA) regulators suspended the airline’s certificate the same day until further notice. Bek Air appealed the suspension claiming that no explanation was given at the time, that the suspension was therefore premature, and this amounted to a ‘gross violation’ of the procedure. It demanded that the suspension must be lifted. The airline has been given six months to rectify the shortcomings on penalty of having its air operator’s certificate withdrawn.

The KAA identified two major findings leading to the suspension;

IATA doubts Bek’s assertions and has formally notified the airline that its designation ‘Z9’ has been withdrawn since the operator ‘no longer meets the qualification’ to retain it; the designation would be made available to other operators in 60 days’ time, if Bek Air failed to prove itself eligible.

One to avoid for the time being perhaps…

Read Article
Air Malta announced today that it will be leasing an Airbus A320 aircraft in order to cope with…
Read Article
The Ukrainian airline SkyUp Airlines used to be the commercial operator of choice for young Ukrainians, eager to…