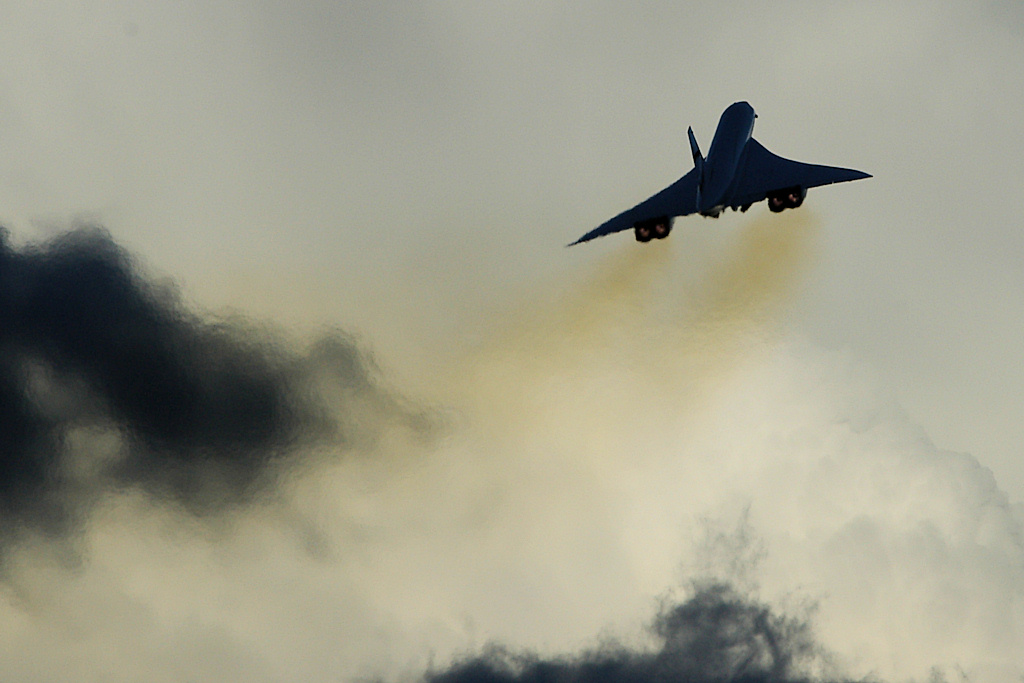 Home The One and Only Concorde; Part Two

The One and Only Concorde; Part Two

Yesterday we looked at some of the challenges that faced one of the most significant aviation triumphs of the late ’60s; the astonishing Concorde. Today we’ll continue with the story.

Concorde came on the market at a difficult time. The development costs were more than six times the original estimates, resulting in a unit cost of £144 million at 2019 prices. The 1973 oil crisis, the ’73-’74 stock market crash and Concorde’s sonic boom (preventing supersonic travel overland due to complaints from the public) made the aircraft unattractive. Indeed the aircraft was so expensive, the British and French governments agreed to absorb the development costs. At the time, the emphasis was moving towards mass transport and cheaper travel, rather than a vehicle for the elite.

While at one time 74 aircraft (for 16 airlines) were ordered, the only eventual permanent operators were Air France and BOAC, the forerunner of British Airways.

Scheduled flights began on 21st January 1976 on the London-Bahrain route and Paris-Rio de Janeiro. Bans by the US on flights to American destinations—apparently due to protests about the noise–were eventually lifted and both BA and Air France began New York and Washington DC services in late 1977 and May 1976 respectively. The aircraft also flew to Singapore, Mexico City, Miami, Barbados and Caracas. The American operator Braniff used 11 leased aircraft at subsonic speeds between Dallas and Washington-Dulles, with BA or Air France crews carrying on to London and Paris, but this service was short-lived.

On the afternoon of 25th July 2000 on a charter flight from Paris to New York, Air France flight 4590 (Concorde F-BTSC) ran over debris on take-off. This ruptured a tyre, the debris from which caused a fuel tank rupture, and the fuel ignited as a result of sparks from

broken wiring. The fire and loss of thrust caused loss of control and the aircraft crashed into a hotel two minutes later, killing all 109 onboard and four in the hotel.

Both America and the USSR had SST projects in the ’60s. The USSR’s Tupolev Tu-144 was the first to enter service, two months before Concorde. (It was also the first to leave) During a spectacular demonstration flight at the Paris airshow in 1973, the ‘Concordski’ broke up in midair, killing six on board and eight on the ground. The Tu-144 flew only 55 flights before it was grounded permanently.

The American project never resulted in an aircraft. Government funding was cut by the US Senate in March 1971 and after eight years of development, Boeing cancelled the project.

In April 2003, both BA and Air France announced the Concorde would be retired later that year. The reasons given were the reduction in passenger numbers as a result of the Paris crash, the September 11th attacks in New York and rising maintenance costs—Airbus (the successor to Aerospatiale) saying that they would no longer supply spares. It was clear that by 2003, the aircraft was outdated. The cockpit was still analogue, there was no reason to upgrade the cabin, and Concorde still required a flight engineer-the third member of the flight deck. It was also clear that the airlines could make more money flying first-class passengers subsonically. Concorde last flew on October 24th 2003.

From an engineering viewpoint, Concorde was a triumph; designed, constructed and operated without many of the technological advances available today. It was probably the most beautiful aircraft to have flown commercially and perhaps, of all time. From a passengers point of view, it had the charisma and elegance of the early days of commercial aviation.

But passengers paid super-first-class prices for what was essentially an economy class seat. David Hall of The Guardian said, ‘Concorde was an outdated notion of prestige that left sheer speed the only luxury of supersonic travel.’

While projects continue around the world, it seems unlikely that we’ll ever see another supersonic commercial aircraft. Most development today lies in the area of environmentally-sensitive and particularly electric-powered flight.

But, one equally revolutionary aircraft that had its first commercial flight in 1969 continues to fly today–the amazing Boeing 747 Jumbo Jet! We’ll look in detail at the 747 in an upcoming article.

The One and Only---Concorde! Part One