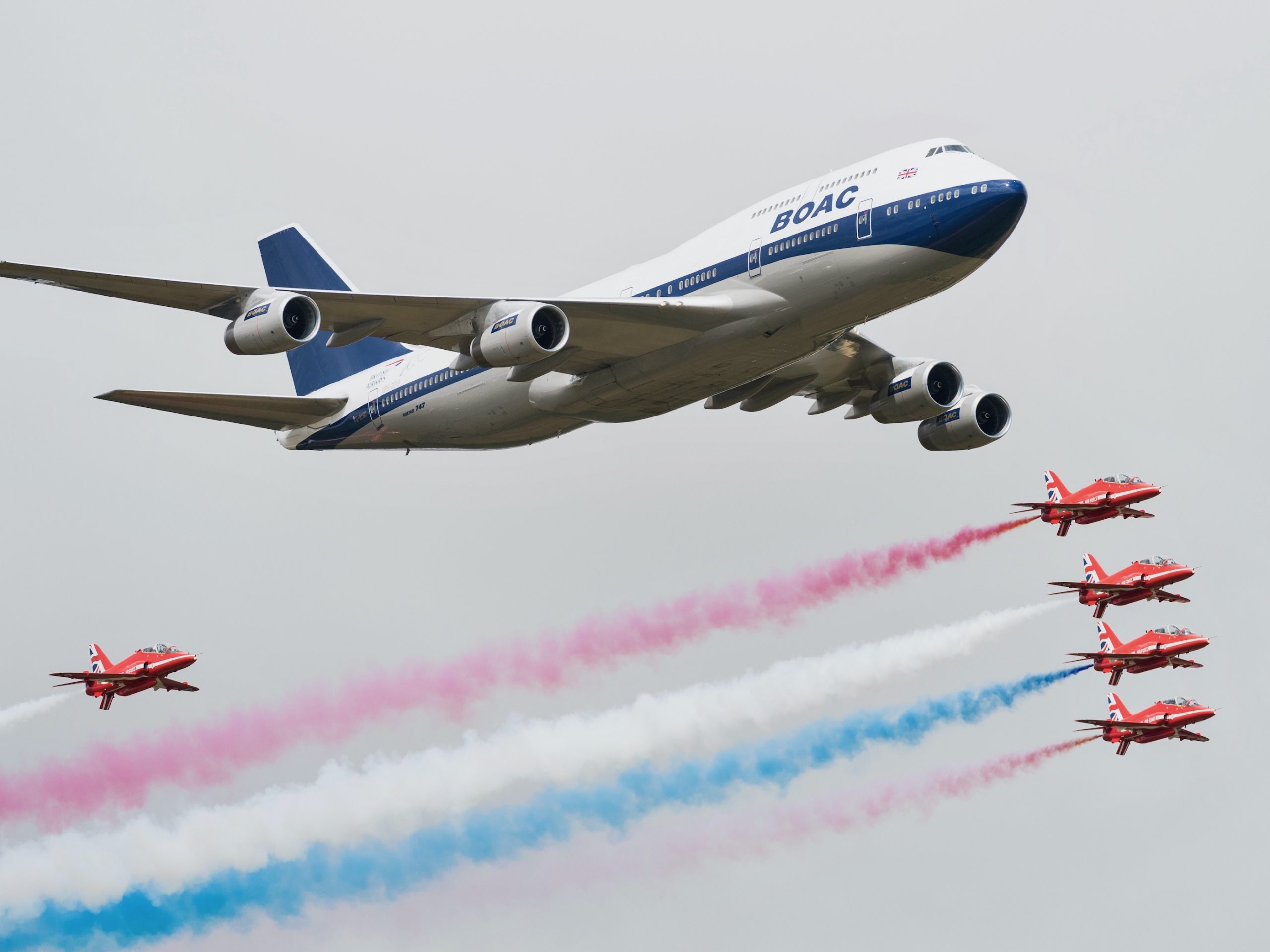 The British Airways Boeing 747 Leaves Heathrow for the Last Time

Thursday, October 8, 2020, marked the end of an era for British Airways.  The airline’s two remaining Boeing 747s left London Heathrow for the last time on their way to retirement in Wales and Gloucestershire.  They will eventually be broken down for spare parts.  A synchronised take-off had been planned but had to be abandoned due to bad weather.

British Airways and its History of the Boeing 747

The first Boeing 747 was launched in 1969.  These planes were much larger than airliners currently in use.  They featured an upper deck and could carry around 550 passengers.  British Airways took delivery of its first Boeing 747 in 1970.  Crowds gathered at Heathrow to greet this newcomer to the British Airways fleet.  This elegant aircraft soon became known as the Queen of the Skies.

British Airways became the world’s largest operator of the Boeing 747 and in 2020 they still had 36 Boeing 747-400s in their fleet.  The last two based at Heathrow flew out of the airport for the last time today.  G-CIVB entered the service in February 1994.  It is painted in the airline’s Negus retro livery. Its last passenger flight was on April 6, 2020, from Miami to Heathrow. G-CIVY joined the service in September 1998 and is painted in the Chatham Dockyard livery, the current livery of British Airways.  It last flew passengers from Chicago to Heathrow on March 20, 2020.

The Long Career of the Boeing 747

It fifty years since the first Boeing 747 commercial service touched down in January 1970.  The arrival of this Pan American flight from JFK in New York to London Heathrow was heralded as the dawn of a new area in long-distance travel.   This has proved to be true.   The 747 has done just about everything an airplane can do.  It has carried a space shuttle, fought fires and been used as a billboard.  Passengers and crew alike have fallen in love with this distinctive plane and it was an emotional moment for many as it took to the skies for the last time from Heathrow in October 2020.

The Future of the British Airways Fleet

In March 2020 Alex Cruz, CEO of British Airways reported that the COVID-19 pandemic would result in a much smaller operation.  Their 747 fleet will be replaced by quieter, more fuel-efficient aircraft as part of a commitment to achieve net zero carbon emissions by 2050.

Canadian Transportation Agency in Lawsuit Over Refunds for Cancelled Flights

Read More
Emirates has announced the removal of the Airbus A380 from eight city routes for the rest of the…
Read More
The Ministry of Transport in Vietnam has announced on Tuesday the 19th the approval to increase domestic flights.…