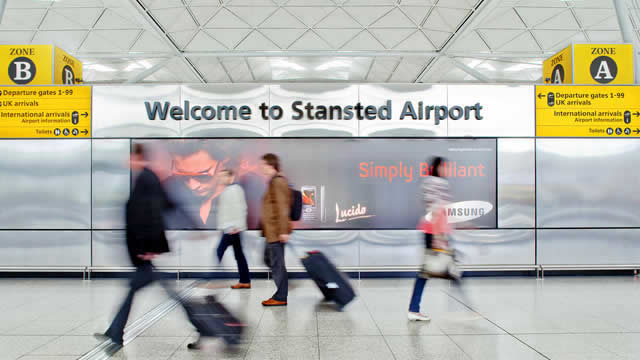 Travellers where left stranded at multiple airports across the UK as Storm Arwen lashed the country with 100mph winds and awful weather.

The nation experienced travel chaos across the UK, due to the impacts from Storm Arwen, with extensive disruption and hampered airline operations. Passengers were subjected to long delays, diverted flights and overnight airport stays. Usually straight forward long distance domestic journeys proved to be incredibly difficult over the weekend as rail services and roads were also affected.

“Ryanair sincerely apologised to all customers affected by this weather delay, which was entirely beyond our control.”

A Ryanair spokesperson said: “This flight from Newcastle to Malaga (26 November) was delayed overnight due to severe weather conditions.

Flight trackers show extensive disruption at Aberdeen International Airport, with a BA flight to Heathrow and an Eastern Airways service to the Shetland Islands cancelled altogether.

Some passengers were left furious as many flights, which were scheduled to land in North-East parts of the country, were forced to land much further south at Stansted International Airport.

Jets to Liverpool and Dublin were forced to land on the tarmac in Essex, while two flights with aborted landings at Manchester Airport eventually diverted to Stansted.

EasyJet flight U2429 from Bristol to Edinburgh made multiple missed approaches in the Scottish capital on Friday evening. RadarBox.com shows the flight leaving Bristol Airport at 7:12pm then eventually landing at 9:16pm at Glasgow international airport.

Some flights did manage to land at their scheduled airport after multiple landing attempts.

“Landed on the second attempt – give pilot Chris a raise.”

Another passenger who Landed at Manchester from Tenerife said that “we were almost going to abandon and land at Stansted. Landed on the second attempt – give pilot Chris a raise.”

Strong winds also left aircrafts skidding from side to side as they landed at Birmingham Airport during Storm Arwen over the weekend.

The Met Office warned that north-east and north-west England, the West Midlands and the East Midlands will experience cold weather until Monday. Although the