It’s been widely reported that the UK regional carrier Flybe is in emergency negotiations to secure additional funding and today (Tuesday) is in the midst of survival talks with the British government.

The airline is based in Exeter in Devon and has almost 200 routes in the United Kingdom and Europe, operating the bulk of domestic routes that bypass London with frequent links between smaller airports in Scotland, England, and Northern Ireland as well as destinations in nearby Europe including Amsterdam, Paris and Berlin. 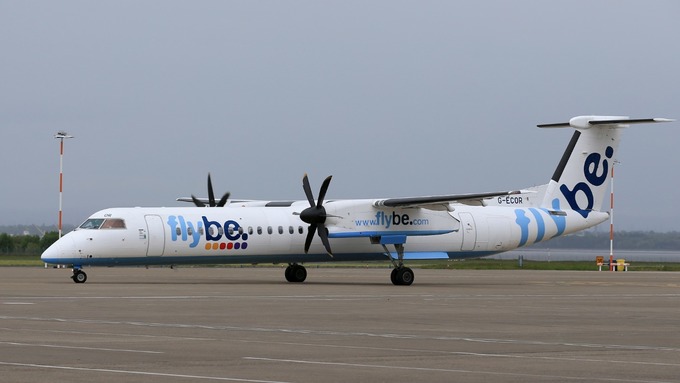 Flybe flies roughly 2500 flight a week across its network, amounting to four million seats, carrying about eight million passengers a year and employs more than 2000 people.

A proposal arising from the talks to cut air passenger duty (APD) on domestic flights would allow the carrier to defer its tax bill of more than £100 million for three years. APD is charged on all passenger flights from UK airports, except the Scottish Highlands and Islands region where the routes are deemed an essential service. Currently passengers pay at least £13 for a single journey. A cut in APD would benefit not only Flybe, but all carriers serving domestic routes, since EU rules prevent state aid rules being applied selectively. The cut would substantially reduce the charges gathered by the government, amounting to £3.7 billion annually, which would presumably need to be recouped elsewhere.

Prime Minister Johnson has said that there ‘is no doubt‘ about the importance of Flybe but has said that is ‘is not for government‘ to step in and save companies that run into trouble. That said, improving connectivity outside of London was a key Conservative manifesto pledge.

The proposal has met with an enormous response. The Chairman of Cornwall airport at Newquay, Tim Jeans, summarised most of the support for saving Flybe saying the airline was ‘very important…to regions, nations and island communities across the UK.’ Some 66% of fights out of the airport are operated by Flybe. He went on to say Flybe ‘provides lifeline services to destinations…that are not replicated by other airlines or convenient and affordable train services.‘

Opposition to the proposal has been widespread and strenuous. The most vehement has been from environmental groups; Doug Parr of Greenpeace said cutting APD would be ‘a shocking decision. They cannot claim to be a global leader on climate one day, then making the most carbon-intensive kind of travel-flying-cheaper the next.’

Jenny Bates of Friends of the Earth said a cut would be ‘reckless…these short trips are exactly the ones we need to avoid in the drive to cut aviation climate emissions needed to prevent climate breakdown. Instead the government could invest more in our rail system, helping make such trips more affordable.’

The Heathrow campaign group HACAN doubted cutting the tax would make much difference, believing instead that many of Flybe’s routes are commercially unviable.

Environmentalists call for the government to make flying more expensive, not cheaper.

Boeing 777x: Another Disaster in the Making?