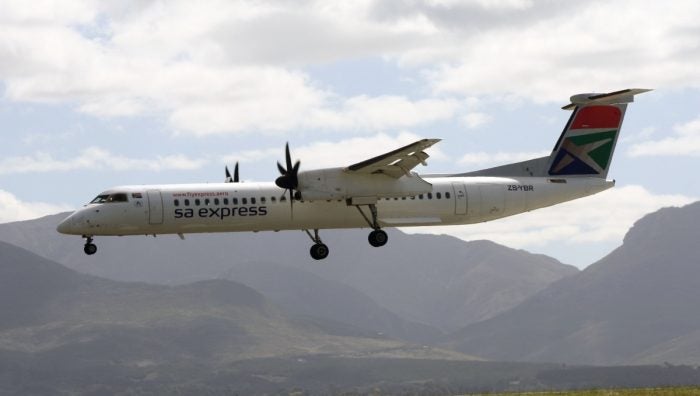 As the coronavirus continues to wreak havoc with airlines across the world, a side-effect is to accelerate the end of carriers who were already in trouble. Yesterday we speculated that one of the major players, American Airlines, might be vulnerable, although the Trump administration has apparently promised to help all the major US carriers.

A few weeks ago, we witnessed the end of the UK regional carrier Flybe. It was already deep in the mire, needing to be bailed out early in 2019 and again in January this year. It wasn’t enough. The coronavirus epidemic spelled the end as the early stages of the passenger decline destroyed remaining confidence that the business could be saved.

And at the other end of the world, we learn that last night one of the smaller operators in southern Africa has ceased operations. SA Express (SAX)—like Flybe–was a regional carrier in trouble. In September 2019 it received a government bailout of $17 million, at one point being unable to pay salaries and being forbidden to fly from its home airports over unpaid debts. To no avail, in February this year, SAX was placed in ‘business rescue’ like its parent South African Airways. (SAA) The South African finance minister himself questioned the raison d’etre for the airline.

Part of SAX’s difficulties was that along with SAA it also competed on some routes with two other state-controlled airlines: another regional carrier, SA Airlink and the LCC Mango.

Aside from grounding its fleet (just ten airworthy aircraft), SAX has put all non-essential employees on compulsory leave.

Sadly, it seems that SAX will be unlikely to return.

And Now; Who Gets the Bail Outs?