Within the last five minutes we’ve confirmed reports that UK based regional carrier, Flybe (Due to become Virgin Connect airlines) has collapsed after failed administrative talks to save the carrier. The news comes amidst financial difficulties reported in January, after the carriers acquisition by the Virgin Group.

An internal memo was distributed to staff early this morning, Thursday 5 March 2020, reading:

Dear Team, it’s with enormous sadness and a deep feeling of sorrow that I share the upsetting news that Flybe is shortly being put into Administration. Despite every effort, we now have no alternative – having failed to find a feasible solution to allow us to keep trading. I expect Ernst & Young (EY) to be appointed as Administrators and once official they will be in contact to explain the situation and next steps. I do appreciate how distressing this news is and the shock and numbness that you will be feeling.” 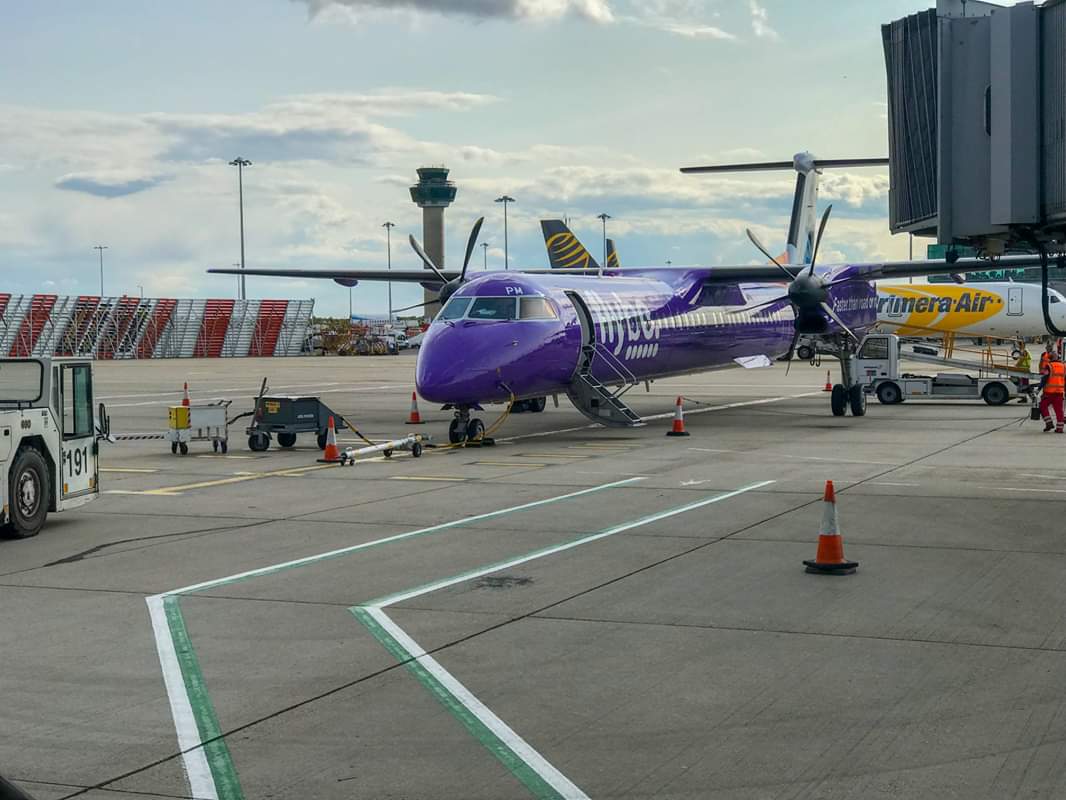 Passengers have reported that Flybe have been turning people away from both Check-in and Boarding areas, with departure boards at airports across the UK showing flight cancellations; Passengers at Glasgow airport reported being handed out a notice signed by the airport duty manager cancelling and impounding two of the carriers Dash 8-Q400 aircraft. It is unsure whether these aircraft have been subsequently released.

This notice, left on the boarding gate at Manchester Airport, detained an aircraft under the Civil Aviation Act 1982 | (c) Airlive

The airline was trying to secure a loan from the government to the amount of £100m, however talks have since stopped with no loan agreed between the parties. Just 2 mouths ago the airline was very close to similar threat, however was later saved by the government with deferred tax payments under £10m; Additionally, a rescue plan was purposed in order to help the airline to resume financial stability again and turn a profit – something the carrier has struggled with over the past decade (With reported troubles since 2010)

Blue Island is one partner operating franchised flights for Flybe on the London City, Bristol and Southampton connection flights with the Channel Islands (Using a 5 aircraft fleet of ATR42 and 72 aircraft) confirmed they would continue operating flights, releasing the following statement:

Blue Islands services will continue to operate, following the closure of Flybe. Passengers with bookings for travel on Blue Islands operated services are advised to check-in on time at the airport. If you already have a booking for tomorrow 05 March 2020, please check in on time. It will be possible to book any available seats on Blue Islands operated services at the airport. [We are] saddened by the closure of Flybe. Our thoughts are with the staff, passengers, industry colleagues and wider stakeholders of the business affected at this difficult time.”

Travel Radar Media have reached out to Flybe/Connect Airways for comment.

Calls for an EU Testing Protocol for Travel...