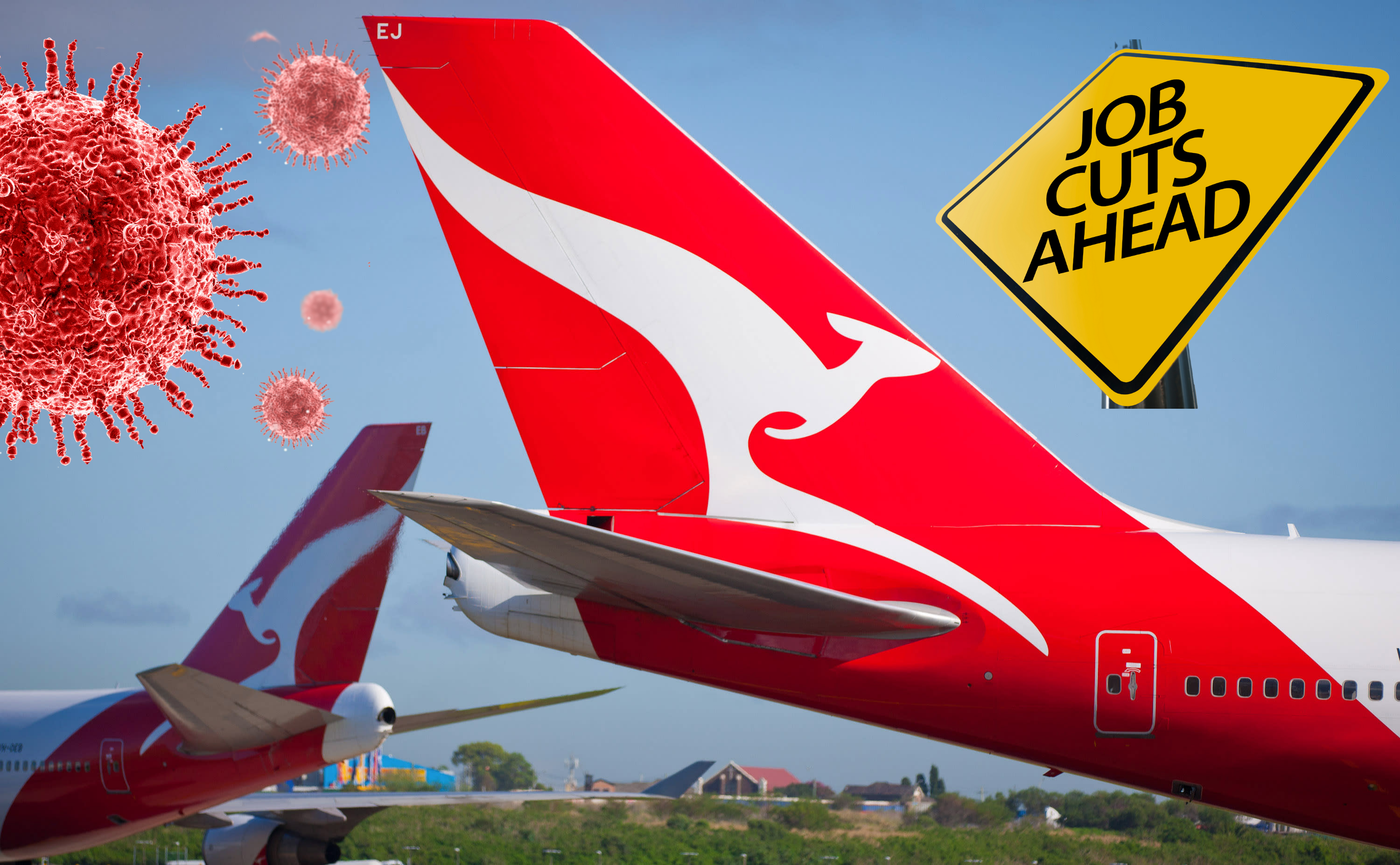 Breaking: Qantas stands down 2500 staff in response to Sydney’s ongoing coronavirus outbreak. The airline has announced it will pay its staff until mid-August, and then staff will be eligible to apply for government support.

Australia’s favourite airline is feeling the pandemic’s cruel pinch once again after Gladys Berejiklian announced a further 28-day lockdown for Sydney last week. Qantas say the temporary stand-down of 2500 staff will last 2 months from the middle of August with Sydney’s hard lockdown muting domestic and international travel. Pilots, aircrew and airport staff will be among the Qantas staff to be axed.

Sydney In Turmoil Over Lockdown

The coronavirus delta variant has been rampaging through Sydney since June. Since the initial 7-day lockdown, NSW health has extended lockdowns several times, the latest being last week. Cases keep coming after the emerald city recorded 199 new infections overnight, eight less than the previous day. Eight local government areas remain in a hard lockdown, including Bankstown-Canterbury, Liverpool-Fairfield and Campbelltown in the southwest.

However, it’s not just Sydney on high alert after southeast Queensland plummeted into a snap lockdown, recording sixteen new coronavirus cases today. Nine of them are students linked to an existing cluster at a high school in Indooroopilly. That brings Australia’s Tuesday total to 216 cases.

Qantas and Jetstar have gone from operating almost 100 per cent of their usual domestic flying in May to less than 40 per cent in July because of lockdowns in three states. – Alan Joyce on the reduction of domestic flight traffic.

The federal government stated only cabin crew and pilots would receive support payments which sparked anger among transport unions. There seems to be a total disregard for the engine of every airport, its hard-working ground staff. This is everyone from baggage handlers to the check-in staff. The exception to the rule; only ground crew working or living in official Covid-19 hotspots may claim payments.

These workers have had 18 months of hell with many exhausting their savings, being forced to sell their homes, and tap into essential superannuation funds. – Said Emeline Gaske, ASU Assistant National Secretary.

Many of the airline’s international crew and pilots remain jobless, with the effects of Sydney’s 2020 lockdown still being felt well into August 2021.

“A bastardised JobKeeper system that establishes two classes of workers does not make sense and would be an act of unspeakable cruelty to those who are abandoned. Aviation workers are hanging by a thread, whether they work for a domestic airline, a foreign airline or in an airport support role. – Ms Gaske in response to the federal govenments lack of compassion towards ground staff.

In 2020, Qantas was forced to axe a staggering 20% of its overall workforce, around 6000 staff. Recording record losses earlier this year of around two billion Australian dollars, the airline’s hopes of international travel bouncing back at the end of the year look bleak for now.

For more updates on the developing situation in Australia, follow us on social media @thetravelradar

Airports Authority of India Assist in Battle Against COVID-19

Repatriated Australians To Be Processed At Darwin Airport Alongside Olympians

Read More
Dozens of Alaska Airlines flights have been cancelled this Friday morning due to an ongoing pilot shortage.  Pilot…
Read More
A retired Boeing 747 aircraft has found new life as something smaller than an aeroplane, a range of…