British Airways is to trial a highly intelligent COVID-19 test which can detect symptomatic and asymptomatic individuals with SARS-CoV-2, including different variants.

The trial will initially be testing invited BA flight and cabin crew members. The digital test, which uses nano-technology and is a non-invasive saliva ultra-rapid antigen test that delivers 98% sensitivity and 100% specificity, has CE Mark and UK MHRA approval. According to British Airways, it is currently also going through U.S FDA approval.

British Airways says it is the first airline in the world to conduct a trial with Canary Global, the 25-second test’s supplier, to assess what role the test can play in opening up travel. 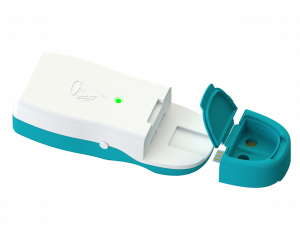 Users of the test take a sample of their saliva which goes into a disposable sensor unit. They’ll then shake the unit and insert it into a re-usable digital reader which is connected to a bluetooth-enabled device such as a smartphone. Results appear through a mobile app.

Sean Doyle, British Airways’ Chairman and CEO, said: “As we  start to see the opening up of travel we remain committed to exploring easy and affordable testing solutions to help our customers travel again, whether it’s for business, to reunite with family and friends or take a much-needed break abroad. We think this new ultra-rapid test is a game changer so we are delighted to work with the team at Canary to begin initial trials with our flight and cabin crew, before exploring what role it could play as a customer testing option.”

The carrier will be comparing the performance of the results against the existing tests that its crew members are already taking.

Combining the power of nanosensor and digital detection technology, the Pelican CV19 test is the first ultra-rapid test that can return a PCR-like accuracy of 98% sensitivity and 100% specificity. We developed the test with the travel industry in mind where speed, accuracy and ease of use are paramount. We are very excited to partner with BA as pioneer and industry leader to trial this test; and we hope the Pelican test can soon be used as a standard test for travellers and crew around the world.

Raj Reddy, Canary’s CEO and inventor of the technology

The Canary Global test could also help open up other businesses and schools. The company is currently ramping up its production to meet the global demand.

How Safe is it to Board a Flight amid a Pandemic?

150 Beds Lined Up At Bengaluru Airport To Battle Covid-19