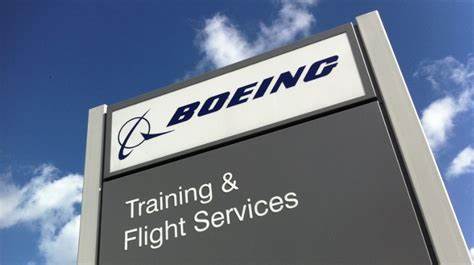 Boeing has recorded high costs over problems with its 787 Dreamliner plane. On its website Boeing discusses what it calls the Dreamliner effect, which describes the incredible fuel efficiency and improved performance of the 787 Dreamliner which means that airlines can open new routes. It also states that passengers will have more comfort and less fatigue after flying on this type of plane.

However, manufacturing faults have cost the company money. According to CNBC and Reuters the price tag attributed to these faults amounts to 5.5 billion dollars. Reuters has reported that deliveries of the 787 Dreamliner to airlines is going to be frozen as US regulators review repairs and inspections over structural flaws in the planes.

All of this comes at a bad time for Boeing as it struggles to deal with the Coronavirus pandemic as well as former problems with another plane the 737 Max. Crashes in 2018 and 2019 which led to 346 deaths were partly blamed on the planes’ flight control systems. According to CNBC, this led to the longest grounding of planes in aviation history; 20 months. Boeing has overhauled the plane’s design and software and paid billions of dollars to get past the issue. However, it appears that safety issues have surfaced again, but this time with another plane, the 787 Dreamliner.

The irony with the problems with the 787 Dreamliner are that the issues are with the carbon-composite structures that make the plane lighter and therefore cheaper to fly. So by making the planes cheaper to operate and lowering the fuel cost, the manufacturer has inadvertently compromised on safety. As one can see, Boeing had good intentions in creating a more environmentally friendly plane but unfortunately ended up with safety issues. On a positive note, these safety problems have been unmasked earlier and therefore without the crashes and subsequent deaths associated with the 737 Max.

At it’s US factories Boeing is assessing in detail using ultrasound devices and tools to measure gaps in the carbon composite barely visible to the naked eye.  These gaps which are the width of a human hair, appear to be violating even Boeing’s own specifications. This suggests a systems failure at Boeing as this problem should have been detected before the regulators got involved. The federal authorities have yet to give the green light to deliveries of the 787.

Fortunately for Boeing, the future of its now revamped 737 Max planes is looking bright. According to Bloomberg, Boeing’s cash gain from the 737 Max has helped offset losses on the 787 Dreamliner. It states that Boeing has generated free cash flows of 494 million dollars in the fourth quarter of last year. This is the first time the airplane manufacturer has generated positive cash flows since early 2019. This means that Boeing is financially more healthy. As a result of this improvement, the company was able to reduce its total debt by 4.3 billion dollars. This shows the Boeing fortunes are improving. However, the problems with the 787 Dreamliner are a severe setback.

Boeing appears to have had many setbacks over the last few years with regards to the safety of its planes. However, it does appear to be managing these problems and is now more financially healthy than before. We should be hopeful therefore that in the same way that they have managed and brought back to life the 737 Max, they should also be able to go through and deal with problems with the 787 Dreamliner. In this way, they can make the hoped environmental success of the plane into a reality.

Read Article
Delta Air Lines and Airbus have recently signed a memorandum of understanding which will call for collaboration on…
Read Article
Last week, US Aircraft manufacturer Cirrus announced that they would be selling 25 TRAC SR20s to the United‘s…