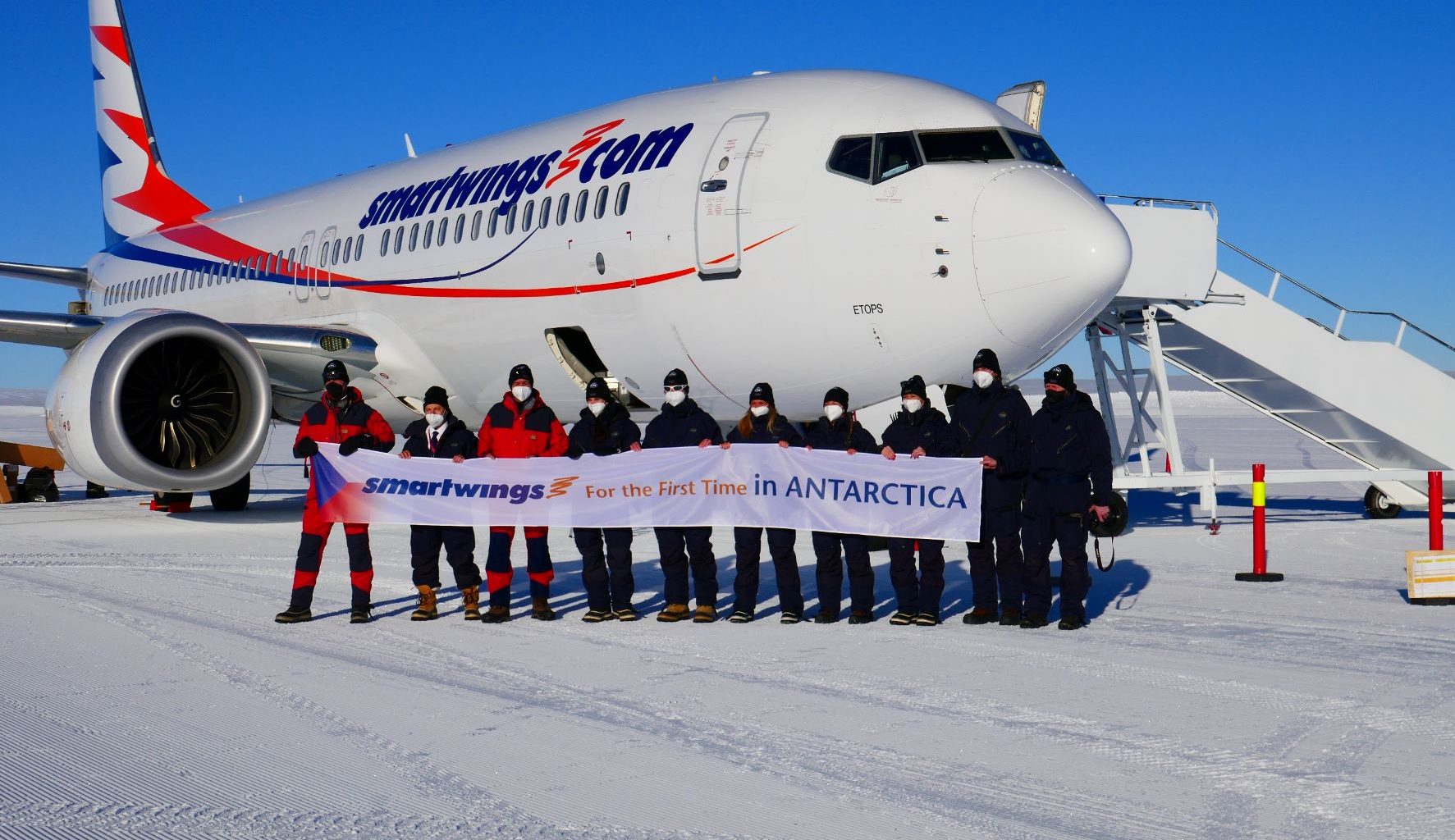 Czech airline Smartwings has landed the world’s first Boeing 737 MAX in Antarctica. On January 26, the aircraft touched down on a glacier at Troll Airfield, at an altitude of 1232 meters.

Smartwings has flown to over 400 airports globally, and until now, Antarctica was the only continent where the airline had not landed an aircraft.

The flight, chartered by Aircontact, carried Norwegian Polar Institute members to their base at the Troll Research Station. The station monitors the climate and conducts environmental research and mapping.

Originating in Oslo, Norway, the 737 MAX first stopped in Cape Town, South Africa (with a stopover in N’Djamena, Chad) before continuing on to Antarctica. In total, the flight lasted 6 hours.

Landing on a Glacier

Relying on datalink and satellite phone communications, the crew received weather reports and updates about the airport’s operability mid-flight. Before landing, the 3,000m ice runway must be measured and analysed to withhold the weight of the aircraft landing. The surface of the runway is then prepared, and braking action must be measured by the Norwegian Polar Institute to ensure safe takeoff and landing according to aircraft manufacturer standards and regulations.

To land on the glacier, a specialized crew is necessary. The crew consisted of Tomáš Nevole, Jan Šťastný and Lubomír Malík, three experienced captains.

“It is necessary to prepare thoroughly for such a flight. The preparations took many months, and the flight and landing went smoothly.” – Tomáš Nevole, Captain and Flight Director, Smartwings

Five days before the flight, the weather was monitored closely in preparation. Air traffic control also constantly monitored and evaluated the condition of the runway and weather. Throughout the flight, there was constant communication about the aircraft’s technical condition through an automated data link to Smartwings’ technical department in Prague.

As Antarctica’s only airport, Troll Airfield is equipped with all necessary equipment.

Read More
Thousands of flights were cancelled across the US as a winter storm with high winds, and heavy snow…
Read More
Aerospace pioneer, Airbus, recently raised an expression of interest in driving forward their proposed plans for exploring the…