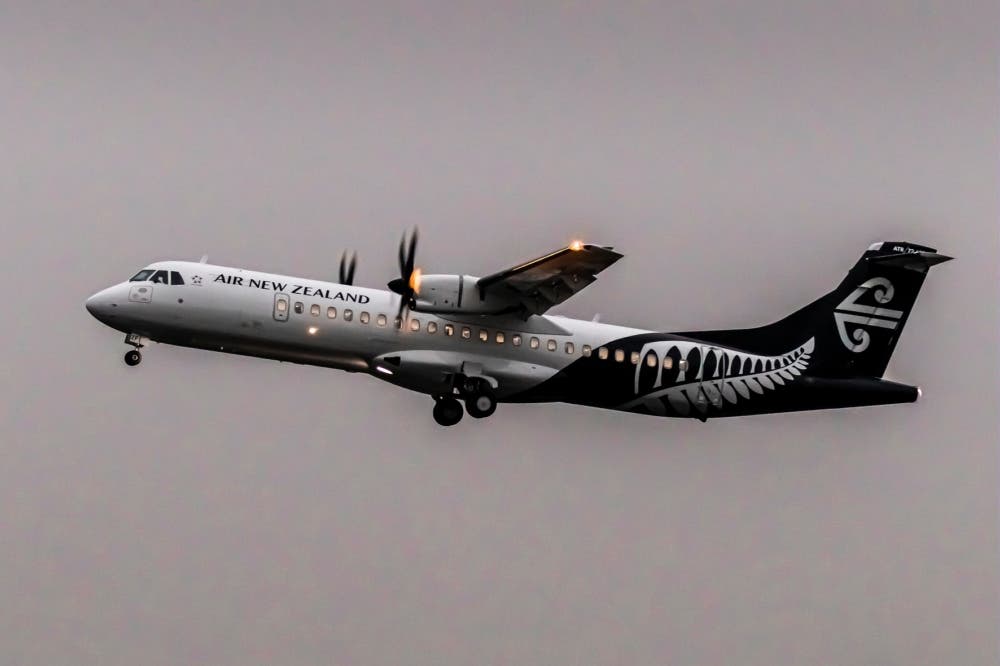 ATR (Aerei da Trasporto Regionale or Avions de transport régional) delivered its 1600th aircraft to Air New Zealand. The aircraft was last of the 29 ATR 72-600 ordered by the airline. This is a huge achievement for ATR, a significant player in the regional turboprop market for decades. The ATR family has proven to be very successful as it is operated by many airlines around the globe. The aircraft manufacturer delivered the 1600th aircraft after making planes for the last four decades.

The aircraft, in particular, has registration ZK-MZF. The aircraft flew to Auckland from Toulouse via Heraklion, Riyadh, Muscat, Malé, Subang, Denpasar, Darwin, and Brisbane. Then on December 15, the aircraft flew from Auckland to Christchurch as flight ANZ977M.

“We really value our longstanding relationship with ATR, and this will be the 29th to join our fleet since 2012. During that time, the fleet of ATRs has boosted the airline’s regional network by over 50 per cent, and they have proven extremely efficient. Our ATRs have helped us build one of the best domestic networks in the world and have flown an estimated 33.5 million passengers on more than 636,000 flights around New Zealand.”

Comments from the manufacturer

There were some positive remarks from the Airbus side who were happy to deliver the 1600th aircraft to the airline. ATR CEO Stefano Bortoli also mentioned the hard work and dedication of ATR employees over the last 40 years. He also talked about supporting New Zealand’s population by staying in touch even in tough times. He added:

“An aircraft needs to be efficient and versatile to thrive in New Zealand, so it makes perfect sense to build a fleet of turboprops. And while today there are many ATR’s in New Zealand, there is now also an important part of New Zealand in many ATRs, thanks to their input into the RNP AR 0.3/0.3 approach technology. Meaning that operators all over the world can benefit from yet another innovative product evolution.”

Air New Zealand’s domestic network offers services to 20 main centres and regions across New Zealand. The ATRs will be playing a vital role there. The ATR 72-600 burns 40% less fuel and emits 40% less CO2 than a similarly sized regional aircraft.

The manufacturer also got orders at the Dubai Air Show. Not just this type but ATR 42-600 as well. Airlines like Air Corsica, Afrijet, and Japan Air Commuter will also be receiving ATR aircraft in the future. In recent years, aircraft have also been working on electric solutions.

Read More
The UK government has announced that the Covid-19 red list has now been reduced from 54 countries to…
Read More
As Boeing’s crisis with the 737 MAX continues to deepen, the company is reported to be in talks…