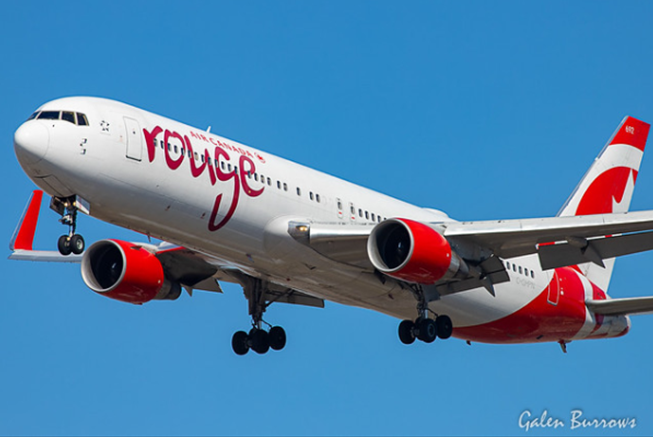 The Air Canada Foundation aims to help children in need, by means of health and wellbeing by providing financial or fundraising support to Canadian registered charities. Their three core objectives being: Connecting children to medical care, alleviating child poverty, and helping children to fulfil their dreams. Recently they have demonstrated their pledge to one of these objectives by helping Hope for Nations alleviate food insecurity and nourishing impoverished children through the Food for Thought Backpack programme in Central Okanagan (CO), Canada.

Founded in 2009, Food for Thought is a local Kelowna project of Hope for Nations, one that aims to combat child hunger in Central Okanagan (CO). As stated by Hope for Nations, there are currently over 5,900 children that live in a food insecure home and are at risk of going to school hungry. At the moment, the project provides 3000 units of free breakfast for school-aged children in elementary, middle and secondary schools during weekdays; the backpack programme taking care of weekends whereby children can take food home with them in a neat backpack with easy-to-follow recipe cards.

Food poverty is pervasive in disparate areas of the world with around 821 million people short of food to live a healthy life. Given how crucial it is for food to be used resourcefully, airlines around the world have tried to alleviate this issue by contributing their unused foods.

Air Canada were not the only ones to redistribute food. In a bid to reduce landfill wastage whilst supporting people in need, Qatar’s aircraft catering company (QACC) partnered with local charity Hifz Al Naema to redistribute up to 300kg of food and beverage a day. Cathay Pacific too have been donating uneaten meals and unused beverages to local NGOs with the airline stating that ‘‘[u]nfortunately aeroplane food waste is unavoidable.’’

But as calculated by Qatar and Cathay Pacific, meals that have been unsealed and uneaten go straight to landfill or incineration. International Air Transport Association (IATA) reported that 20% of the 6.1 million tonnes of cabin waste generated by airlines in 2018 comprised untouched food and drink. IATA’s Waste Handbook encourages people to pre-order their meals to reduce the amount of food that may need redistributing or worst destroying; or airlines could follow Japan Airlines by offering a ‘Meal Skip Option’, providing that this is an appropriate option, and a back-up plan is provided if the passenger needs food or drink.

Surplus amounts of food generated by airlines have benefitted NGOs which support people in need of food such as OzHarvest Brisbane, in turn helping countries tackle food scarcity and malnourishment. But to solve this ongoing problem of food waste by airlines, it would be best to limit passengers to what they have ordered, and as we have seen with Air Canada and its Foundation, food could be set aside or made specifically for charities so that food is used more resourcefully.

What are your thoughts on food waste by airlines – can this be avoided? Let us know below.

Which is The Best Mask to Wear on a Plane?

Read More
With Alitalia in extraordinary administration, low-cost carriers (LCC) are taking advantage of the vacuum left by the Italian…
Read More
We have heard how airlines are taking strides to reduce the impact of air travel on the environment…