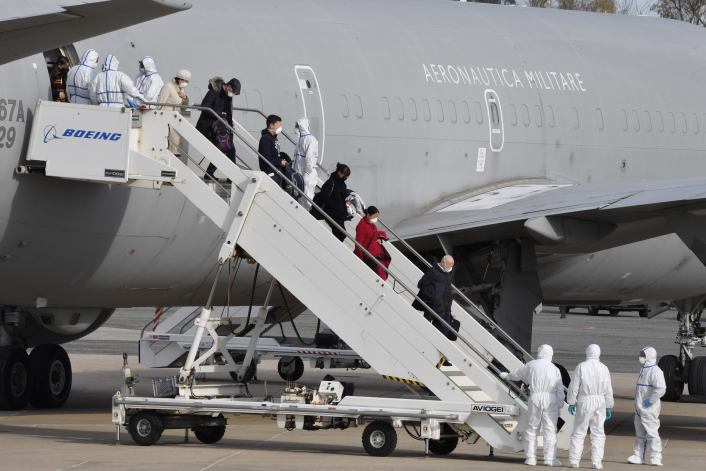 The spread of the coronavirus (now officially named ‘COVID-19’) has been in the global news after it was first identified in Wuhan, China.

We’ve reported on some of the impact on commercial aviation, including the suspension of flights and the temporary closure of factories.

Also in the news has been the emergency evacuation of foreign citizens from China. While COVID-19 doesn’t appear to be as lethal as other similar viruses, it does seem to be much more infectious. So how do these emergency flights deal with the problem? It’s not as simple as the crew and potential patients wearing face masks as we see in news photos, loading up the aircraft and setting off home.

Only three countries around the world can safely evacuate infected people from the areas affected by the virus: the US, UK and Italy, all via their respective airforces.

Central to these missions is the on-board installation of the Aircraft Transit Isolators; these ATIs are designed to provide an environment secure from micro-organisms for a patient requiring transportation. The ATI (and the stretcher version, the STI) have a frame over which a PVC envelope is fitted. Air inlets and outlets are fitted with a High-Efficiency Particulate Air (HEPA) filter which traps 99.97% of particles of 0.3 microns or larger. While viruses themselves are smaller than this, the HEPA filters out particles that may be infected. ATIs are designed to withstand rapid decompression, vibration and abnormal electromagnetism.

ATIs are kept under negative pressure (a weak vacuum) so that the air inside doesn’t leak out into the aircraft. The ATI is battery-powered, allowing 24 hours of operation independent of the aircraft power if required.

The medical crew on board usually includes a team leader; a doctor, two medical officers and six or more support personnel. All are equipped with protective gear appropriate for the biohazard, from simple gowns and face masks, to full bodysuits.

The quality of the flights themselves are important, designed to reduce as far as possible the stress on the patients; the changes of cabin pressure are minimised, as are humidity, noise, general fatigue experienced, vibration and turbulence.

What aircraft are typically used to conduct the rescue missions? As an example, the Italian Airforce uses the KC 767, the C-130J Hercules and the Alenia C-27J, while the Royal Air Force can make use of the C-17s Globemaster III and the Voyager; a military A330.

While the commonly available face masks do not provide much protection from the virus in the environment, they do reduce the transmission from the wearer. Medical advice involves maintaining good personal hygiene practices, including regular washing of hands and coughing or sneezing into a handkerchief or tissue when required.

Read Article
Most businesses in the USA are required to operate at significantly reduced occupancy to comply with social distancing…
Read Article
Previously, we mentioned that airlines try to make every task as short as possible on ground operation in…