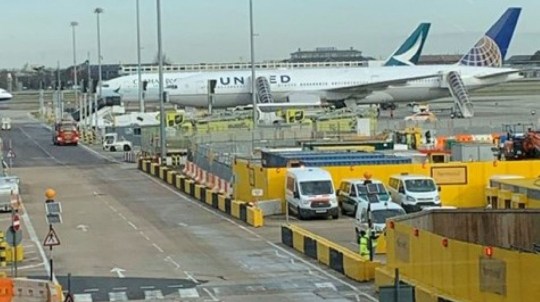 A passenger has fallen ill on a United Airlines flight 901 from San Francisco to London-Heathrow at terminal 2 this morning. (Friday) Given the current concerns, it was assumed that the passenger may have contracted the COVID-19 coronavirus. It is not yet clear what has happened to the passenger or indeed where they might have travelled from, prior to San Francisco.

The passenger was reported to be isolated at the rear of the aircraft, but no staff members were apparently wearing protective clothing or masks. Other passengers were released shortly afterwards.

Public Health England has yet to make a comment as the number of confirmed cases in the UK is nine and over 2500 individuals have been tested. There are 15 cases in the US, although none in San Francisco.

The captain on the United aircraft warned passengers that similar concerns have been raised about seven other aircraft, although this has yet to be clarified.

We will update this story as the situation unfolds.

The A220; Strength to Strength