IS BOEING GOING DOWN?  ANALYSIS SHOWS IT IS.  Its best selling 737MAX is losing billions of dollars of revenues due to errors, casualties that occurred due to 737MAX crashes.

245-page Congressional document findings say Boeing’s failures, engineer’s errors coupled with government’s oversight as the reasons for the two fatal crashes involving 346 deaths. The congressional report ascribes the 2 fatal crashes of, Boeing’s best-selling 737MAX aircraft as.  Boeing’s multiple failures due to its engineer’s ability to detect them in the pre-development stages are cited as major reasons while the congressional report blames the government’s over-sight as one of the reasons for the current state of affairs of Boeing and the 737MAX. 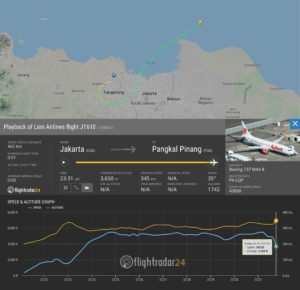 “ It is not a singular failure but a collective one.  A horrific culmination of Technical errors by Boeing engineers, faulty technical assumptions, lack of transparency by Boeing’s management and grossly insufficient oversight by the Federal Aviation Administration’ the report blames thus.

Attribution of FAA’s oversight to the aircraft industry emanates out of the findings from the report.  This leads to changes at FAA.

A review of 600,000 pages of documents, five investigative hearings with top Boeing and FAA officials and information provided by whistle-blowers provides the perfect case for such a conclusion.  Possible collusion of FAA and Boeing staff due to FAA’s usage of Boeing staff is a strong point submitted by the committee.

The conclusions were arrived at by the majority of staff under committee Chairman Peter De Fazio.  While it raises alarming concerns including nepotism between Boeing and the FAA, chilling findings of 5 points of when it comes to accountability raises grave concern to the flying fraternity.

Out of the five broad findings, the first one relates to the pressures to get approvals for the 737’s design swiftly and inexpensively.  The second one is about the faulty assumptions on the design part and performance of pilots.  The third one is related to what is called a ‘culture of concealment’ by Boeing.  This describes the intents of the best business practices policy of Boeing.  More serious in nature allegation is the ‘Inherent conflicts of interest in the system that deputises Boeing employees to act on behalf of the government.  This means, Boeing employees who are deputed with FAA or any governmental dept/agency have long been pushing Boeing’s intents internally where they are deputed.  And finally,  the hold Boeing had with top FAA managers.  A clear hand-in-glove case when it comes FAA’s loss of grip and which has a likely impact on the FAA’s decisions.

What is mind-boggling is the findings that the plane’s design had complied with regulations despite crashes by Boeing and FAA.  ‘The problem is it was compliant but not safe – and people died’  Chairman of the committee DeFazio observed.  “The system is inadequate” he added.

DeFazio said he found it “mind-boggling” that Boeing and FAA officials concluded, according to the report, that the plane’s design had complied with regulations despite the crashes.

On its part, Boeing said that it had cooperated with the committee’s investigation and had taken necessary steps to improve safety levels.

“We have learned many hard lessons as a company from the accidents of Lion Air Flight 610 and Ethiopian Flight 302, and from the mistakes, we have made,” the company said. “Change is always hard and requires daily commitment, but we as a company are dedicated to doing the work.”

FAA comments to working with the committee to make improvements.  Pitches in its side of the next steps to be taken.

The FAA said in a statement late Tuesday night that it was committed to working with the committee to make improvements. “We are already undertaking important initiatives based on what we have learned from our own internal reviews as well as independent reviews of the Lion Air and Ethiopian Airlines accidents,” the agency said in the statement.

Reflection of anger from the public.

It does not come without a prize.  Michael Stumo, father of Samya Stumo who died in the crash wants the FAA to immediately halt the rectification process for the 737 MAX flight in light of the published report.  He accuses Boeing and FAA of withholding information from the families of the victims. 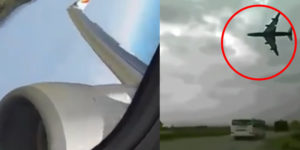 The report attributes a combination of errors from Boeing, deception and FAA’s compromise as reasons among other management failures.

With all these findings,  Airbus the biggest competitor to Boeing will surely take advantage to ramp-up it tirade against Boeing and will attempt to tilt the scales in its favour when it comes to Marketing & Sales.  Do you agree?  Please send your comments.

The report can be accessed from https://transportation.house.gov/

But, wouldn’t you then say that Boeing’s corrective measures will ultimately soften the downfall?

Yes. It will help to soften. However, the cost of lost opportunities is going to be very high.

Well written and immersive. Sad to see Boeing go down like this. Hope they come back stronger.

Of course they will come back stronger. No choice. But the time lost cannot be recovered.