Zombie Air, or When Tragedy Turns to Farce

A. No, not actually dead…but like…a zombie.

So, to recap. South African Airways is state-owned and was established in 1934. It last made a profit in 2011. Since 1994 (the year of South Africa’s first democratic elections) it’s been subsidised to the amount of ZAR57 billion. (about £2.5billion) For a country where over half the population lives in poverty, that’s an expensive price tag for a vanity project. 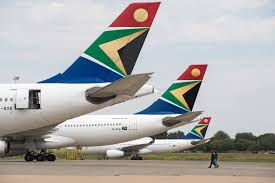 For many years during the presidency of Jacob Zuma, the airline was wracked with corruption and mismanagement. Ultimately the chickens came home to roost when (after being technically insolvent for years) the airline was unable to pay full salaries on November payday. It was placed in a form of protection from creditors known as ‘business rescue’. This was a voluntary decision made by the majority shareholder—the government—and removed all executive authority from the board and the government.

This was an obvious admission that the organisation was in such turmoil that the then-present management was unable to reverse the decline. The far-left accused the government of subsidising a middle-class enterprise when money could have been spent on better public transport for the working class–like the creaking suburban rail system. The unions wouldn’t hear of redundancies. A shambles.

The administrators tried to stem the tide by cutting a number of massively loss-making routes and selling (or at least trying to sell) seven old and tired A340’s. 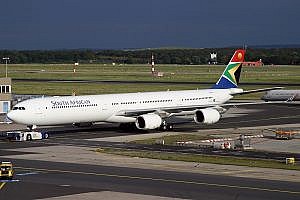 Then the coronavirus outbreak occurred and like elsewhere, commercial aviation in Southern Africa stopped. It looked like the death-knell for the airline. SAA ceased commercial operations. Ultimately the administrators applied for but were refused another loan from the government to keep the company running until they could…do something else. The administrators had little choice but to liquidate the airline. Notices of dismissal were sent to the workforce. Meantime another state airline—SA Express—was placed in liquidation and the BA franchise in South Africa, Comair, also went into business rescue.

Here’s where tragedy becomes farce; the government declined to give another bailout—that’s reasonable—but also refused to contemplate allowing the employees to be made redundant, accused the administrators of failing to do their jobs and asked them to take a pay cut.

The latest ploy is to create a new carrier out of the ashes of the ‘old’ SAA, perhaps as a private-public partnership. At one time Branson was amenable to an approach. (dodged a bullet there!) The most successful airline in Africa, Ethiopian, is said to be mildly interested.

It’s apparently not possible to bring a zombie back to life. Anybody with enough money and common sense will look at the accounts and run for the hills. It is terribly sad. SAA was an excellent airline, now shattered by incompetence and corruption.

InterGlobe to Buy into Virgin Australia?