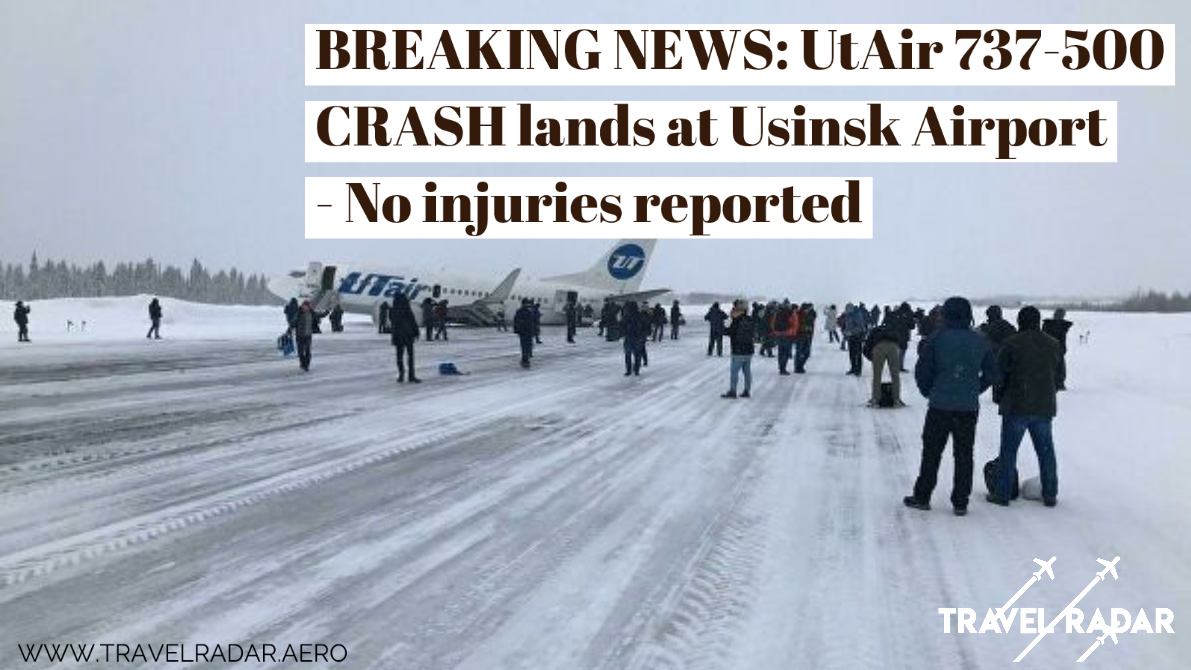 News just in this morning, that an UTair flight made a crash landing at an airfield in Siberia, after a tailstrike and malfunctioning undercarriage plagued the carrier’s Boeing 737 aircraft.

The flight (UT595) was being operated by Russian airline, UtAir, by example VQ-BPS – A 22.3 year old Boeing 737-524 aircraft, when it suffered a tailstrike upon landing at Usinsk airport in the Republic of Komi, Siberia. According to representatives of the emergency services at the airport, all 94 people onboard were evacuated safely, including 88 passengers and 6 crew members; It is reported disembarkation went ‘calmly’, as those onboard used the inflatable slides to leave the aircraft.

The aircraft remains “on it’s belly” at the end of the runway, and the Ministry of Emergencies has arrived on-scene to assess the damage and investigate the cause of this crash landing.

We have received a link to exclusive video from inside the aircraft:

Read Article
Many countries, including the UK, Pakistan, New Zealand,  Hong Kong, Canada, Singapore and the US, have either banned…
Read Article
The United Arab Emirates (UAE) biggest airline, said that Emirates plans to reinstate flights to and from Nigeria,…