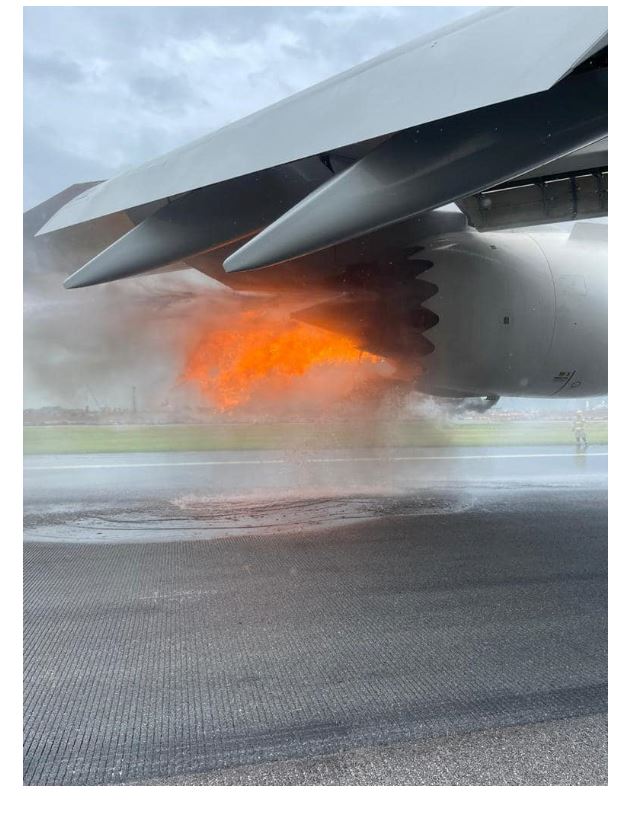 A Boeing 747-8 freighter has conducted an air return to Hong Kong International airport after an engine fire upon departure on 20 July. The aircraft has successfully landed with no casualties.

N624UP, delivered to UPS on November 2020, was serving under flight number 5X003 for its first sector to Dubai international airport, transiting there for the next sector Cologne, Germany.

The subject aircraft was climbing out of runway 07R via PECA1A, the standard departure route. Engine No.1 exceeded its EGT ( Exhaust Gas Temperature) limits, triggering the master warning of an Engine fire. The crew continued the climb to 5000ft, Hong Kong’s initial altitude and following radar vectors instructions by Air Traffic Controller. Rescue and Fire Fighting Services were also notified and dispatched to Runway 07L for the arrival.

The Standard Abnormal procedure of Engine Fire has also been initiated. The crew cut off fuel flow for Engine No.1 and discharge all two sets of fire extinguishing agents. However, the action could not put the fire out, and the fire indication was still active. Therefore the overweight landing was required instead of the usual practice of fuel jettisons, and holding for fuel burn were not required. ( According to the source, the aircraft weighed approximately 426 tons, about 70 tonnes over the typical maximum landing weight for 747-8F, 350 tonnes).

The aircraft landed safely in Hong Kong at 12:30 ( 0430z). The Rescue and fire fighting services scrambled and activate the fire fighting procedures and successfully put out the fire shortly after the aircraft stopped. No casualty and emergency evacuation were needed. The crew was picked up by the ground handling agent after leaving the plane. The aircraft was towed later to the HAECO Hanger for further maintenance and departed on 21 JUL for the same routing.

What do you think of this upsetting event? Let us know below.

Are COVID Checks Becoming a Thing of The Past in The UK?

Read More
On December 27th last year, our correspondent Ankur Deo reported on the crash of a Bek Air Fokker…
Read More
Last Thursday, a PIA spokesperson confirmed that the US Department of Transportation had granted it permission for direct…
Read More
73-year-old airline, El Al Israel, is considered to be one of the world’s safest airlines. Despite being the…