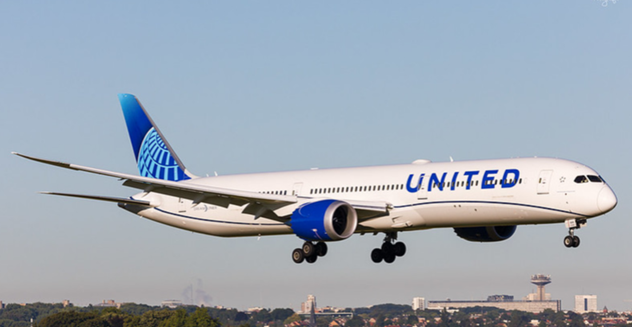 Last week, United Airlines announced that they are starting their first pilot class in over a year, that is since the onset of COVID-19.

On 12 May, UA through Air Line Pilots Association (ALPA) reopened their United Flight Training Centre to train their 300 new hire pilots who had a start date that was cancelled or who had a 2020 conditional job offer, as stated by Bryan Quigley, United’s senior vice president of flight operations (a memo shown to CNBC).

This commences their ambitious aim to train 5,000 new pilots by 2030, with at least half of them comprising women and people of colour, two groups that already make up 20% of their pilot crew.

Since 6 April, applications have been open for students to enrol into UA’s United Aviate Academy. Aviate provides students the opportunity to earn a pilot license within two months, despite them having little to no experience. Once accepted, completion of the course will guarantee them a place with United Airlines (UA).

UA’s Chief Executive Officer, Scott Kirby states: ‘‘Over the next decade, United will train 5,000 pilots who will be guaranteed a job with United, after they complete the requirements of the Aviate program – and our plan is for half of them to be women and people of color’’ and that ‘‘[w]e’re excited that JPMorgan Chase has agreed to support our work to diversify our pilot ranks and create new opportunities for thousands of women and people of color who want to pursue a career in aviation.’’

To be eligible to apply one must meet the following criteria:

UA state that they will pay for the student’s Private Pilot training, training that costs up to $17,750, but other costs will need to be covered by way of loans or scholarships (through for instance JPMorgan and UA contributing $1.2 million each respectively) which one can apply for.

What of the trained and existing pilots? The crisis of the coronavirus caused a considerable threat to UA pilots. In July 2020, UA cut up to 36,000 members of staff along with plans to furlough 3,900 pilots because of the lack of revenue generated by bookings and sales, but this was dismissed when a care deal was signed in late September 2020, saving 2,800 pilots from furlough, and all 13,000 UA pilots from losing their jobs, the caveat being that they would be redistributed accordingly, working for fewer days and for fewer pay. This deal is said to last until June 2021.

Although UA airline pilots are trained to the highest standards, ALPA states that ‘‘training must be kept current or it will take time for us to be requalified’’ and once ‘‘lost to massive layouts, putting a pilot back on [_] to the flight deck […] will not be instantaneous.’’ United Airlines’ (UA) pilots may have been saved from job cuts and furlough but given the change to their previous work patterns they too may need re/training, especially since the lifting of travel restrictions and increase in travel demand.

What are your thoughts on United Airlines’ plans and drawbacks? Let us know below.

Read Article
Singapore and Hong Kong are planning to create a travel bubble this month, allowing individuals to fly from…
Read Article
Major American airline Delta Air Lines has provided customers and any other interested parties with a reflective update…