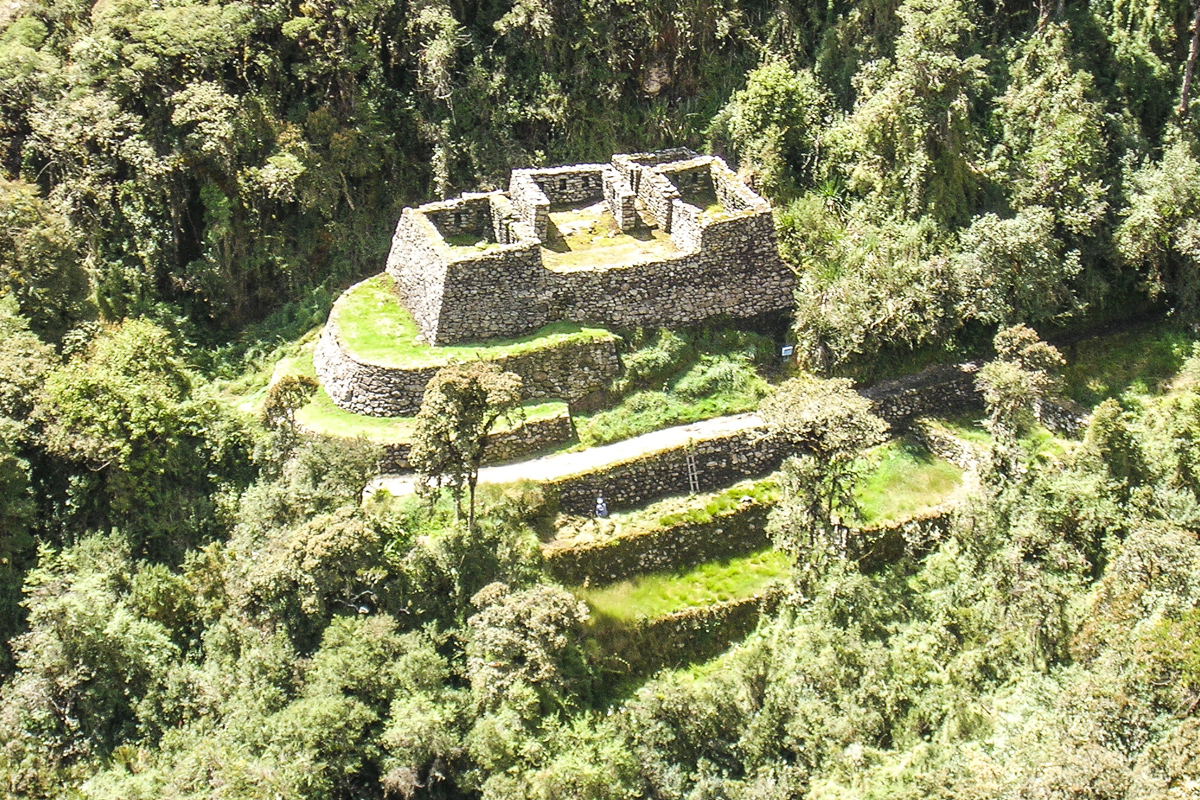 Trek or Train to Machu Picchu in Peru

A First Sight of Machu Picchu in Peru

Tears sprang to my eyes as I looked down on one of the wonders of the world, Machu Picchu in Peru.  Tears of relief or tears of admiration?  I had been walking and camping for five days and four nights to reach the Sun Gate, above Machu Picchu.  This is the best place to view the urban and agricultural complex created by the Incas at the end of the fifteenth century.

The Architects of Machu Picchu in Peru

When the Incas made Cusco the centre of their Empire in the thirteenth century they built many temples in the area.  They established Machu Picchu in 1450 but its purpose is not known.  One theory suggests it was a royal retreat.  When the Spanish invaded Peru nearly one hundred years later it was abandoned.  It was re-discovered in 1911.  When I walked the Inca Trail I realised how well the Lost City of the Incas had been concealed.  I was pleased I had a guide with me as she brought the whole complex to life.

Walking the Inca Trail to Machu Picchu in Peru

Walking the Inca Trail was my first experience of camping and it was memorable.  I met the challenge of the 4200 metre ascent to the Dead Woman’s Pass, took showers in freezing cold water and walked through a magnolia forest where giant humming birds flitted amongst the blossoms.  Walking on the paving stones laid by the Incas was a real highlight.  But, there is an easier way to get there – by train and bus.

Taking the Train to Machu Picchu in Peru

Agua Calientes, more popularly referred to as Machupiccu Village, is the nearest town to Machu Picchu and there is a regular tourist bus service to the ruins.  It is possible to walk there but not recommended unless accompanied by an official guide.  Agua Calientes has over two hundred hotels (over-priced for Peru) but I stayed in Cusco.  A spent a day at Machu Picchu.  I really enjoyed my stay at the Picoago Hotel.  This traditional building surrounding an internal courtyard is just around the corner from the main square of Cusco which is a lively and interesting town.  There are also plenty of good restaurants offering the Peruvian delicacy, a roasted guinea pig.  I preferred the more sophisticated option – thin slices of the cold meat as a starter.

Staying in Cusco is also an opportunity to visit other places built by the Incas such as Sacsayhuamán.  Machu Picchu is only part of the Inca story and only a one aspect of Peru which has so much more to offer.  In conclusion, I preferred the train.  Both adventures began in Cusco.  I flew there from Lima, my point of entry to Peru.

Read Article
Another carrier – British Airways – has today announced plans to trial the IATA Travel Pass, aimed at…
Read Article
Airbus has not released a brand-new airplane in a while, and there has been some speculation going around…