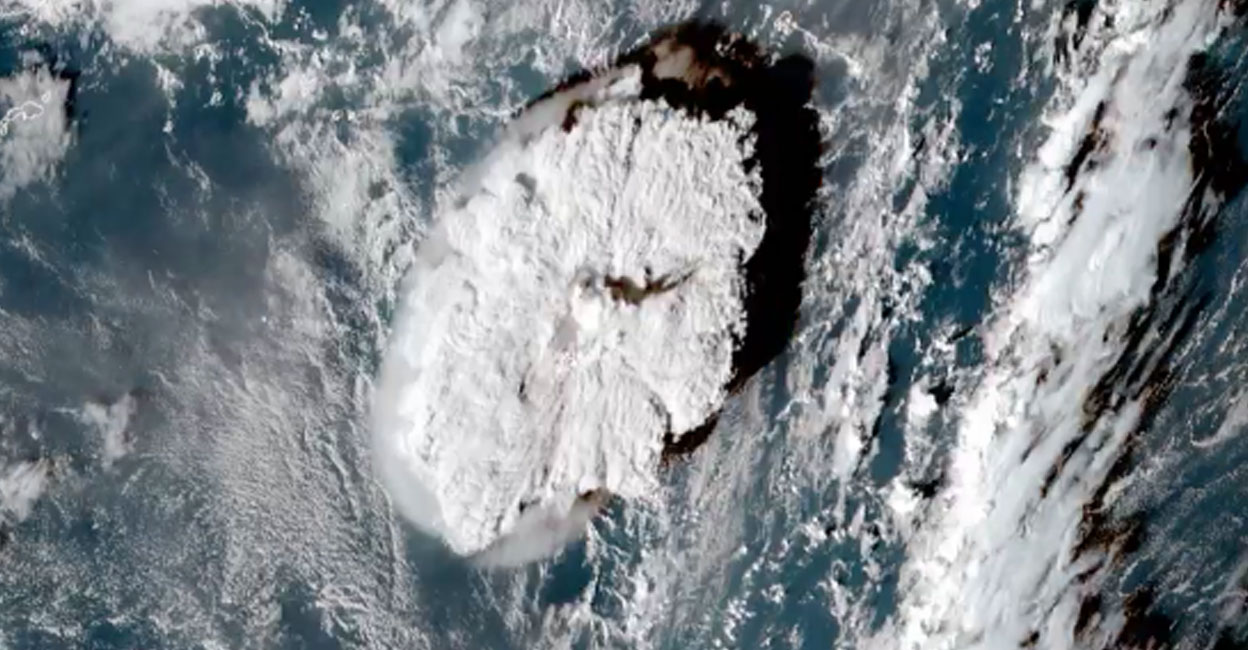 Live updates have now finished. Thank you for joining us. To stay up to date with the latest travel news, follow us on Twitter @thetravelradar

An undersea volcano in Tongo erupted just after 5pm local time on January 15th, days after being declared dormant by authorities. A tsunami wave was confirmed at the site of the volcano and made land in Tonga just 20 minutes later. The waves were reported to be around 1.1 metres high which triggered tsunami wave warnings for several countries in the pacific and Oceanic regions. Tonga remains at the highest risk of further damage as experts say further tsunami waves could be higher than the initial waves. Lord Howe Island and Norfolk Island also remain on high alert with Australian authorities urging people on the islands to avoid the water and seek refuge on higher ground.

Flights scheduled locally for the morning of the 16th remain unaffected by the eruption. However, it’s likely disruptions will occur in the coming days with the risk of further eruptions in Tonga. Flight delays due to the eruption are unlikely to affect Hawaii and the US west coast.

Flight watch: Which flights could be cancelled or rescheduled

While no flights have been officially cancelled or rescheduled at the time of writing this, several flights could be disrupted on January 16th. Flights to and from Fiji, Vanuatu and Samoa could see delays given their proximity to Tonga. However, the ash cloud pouring out of Hunga Tonga-Hunga Haʻapai volcano has not yet spread as far as any of the pacific islands. With coastal tsunami warnings in place and many pacific and Oceana airports lying on low coastal ground, runway flooding could be another factor to consider. Though it’s unlikely delays to morning flights will be announced until closer to departure. For the latest relevant flight updates, contact your airline directly.

How will the volcanic eruption and tsunami affect scheduled flights in the Pacific?

At this moment in time, it’s unclear how and when scheduled passenger flights may be affected. Travel Radar has contacted all major airlines operating in the area and will update as the situation unfolds. At this time, there are no official delays or cancellations attributed to the volcanic eruption.

The violent eruption a few hours ago of the Hunga Tonga-Hunga Haʻapai volcano captured by satellites GOES-West and Himawari-8. pic.twitter.com/PzV5v9apF6

Satellite images surfacing on social media in the past few hours have shown the true extent of today’s eruption. Ash, smoke and steam blew 20-kilometres into the sky as a tsunami wave was confirmed at the underwater volcano’s eruption site.

A tsunami warning has been issued for parts of Australia’s east coast as well as outlying islands Lord Howe, Norfolk and Macquarie. The Australian Bureau of Meteorology (BOM) says the threat remains localised to marine environments, posing no threat to mainland Australia. However, the BOM has advised anyone in low lying areas on Norfolk island to retreat inland or to higher ground (above 10 metres). Currently, the advisory is in place for New South Wales and parts of Queensland, Victoria and Tasmania.

Australian Bureau of Meteorology has issued this advisory to Norfolk Island & Lord Howe:

Tsunami videos out of Tonga 🇹🇴 this afternoon following the Volcano Eruption. pic.twitter.com/JTIcEdbpGe

Incredible Footage of Hunga Tonga volcano that Produced a Extremely large eruption as it generated powerful Sonic booms that Traveled as far as 470 miles of the fiji islands pic.twitter.com/irMDMesz5Z

Incredible and saddening images and videos have been pouring online today capturing the sounds and scenes in the aftermath of the eruption. One video shows tsunami water breaking down large 2-metre high fences as people attempt to flee. Another video captured the moment a sonic blast reached tonga. It is said that the volcanic eruption could be heard as far away as Fiji, some 470 kilometres away.

Have some information or affected by the unfolding events? Tweet us @thetravelradar