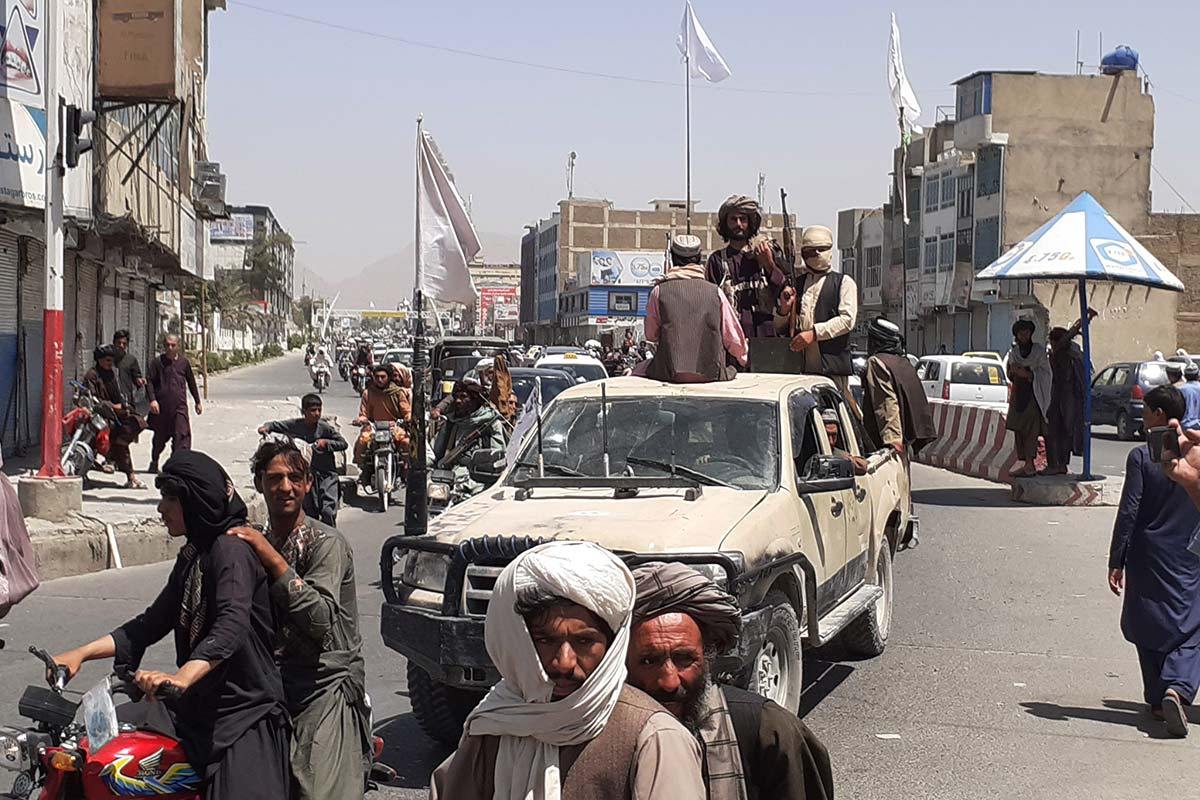 Breaking: The Taliban have taken control of Kabul, Afghanistan’s capital city. Frantic scenes have unfolded at Kabul’s Hamid Karzai International Airport as five civilians dead in an attempt to flee.

Five civilians have been reported dead as US troops oversee the evacuation of US citizens and embassy staff today after the Taliban ceased control of the Afghan capital. Scenes erupted shortly after the Taliban took control of Kabul and declared the long-standing Afghan war over. It remains unclear how or why the five civilians died, but reports say US troops fired shots in the air to prevent bystanders from hindering the US emergency evacuation.

The widely circulated video shows several civilians running beside a US Air Force plane as it taxied along the runway before take-off. In other videos circulating online, it appears there were three bodies on the ground near an airport side-entrance.

A US defence official confirmed that all evacuation flights were temporarily postponed to allow troops to clear the runway of congregating people.

The Australian Cabinet’s National Security Committee approved a rescue mission to evacuate Australians in Afghanistan, including Afghans who served in the Australian Defence Force. Around 250 ADF troops will be used, with some being deployed to the middle east. According to the ABC,  the mission involves a RAAF C-17 aircraft and other Defence assets from across Australia.

It’s understood that dual Australian-Afghanistan nationals, journalists and some former Kabul embassy staff are among those being targeted in the rescue missions.

Taliban insurgents have infiltrated the presidential palace after a sudden uprising which led to them seizing control of much of Afghanistan inside one week. Thousands of people have been left stranded overnight at Kabul’s Hamid Karzai International Airport as Afghans seek a way out of the fallen city. Many fear that the Taliban’s rule will replicate that of their rule in 1996-2001, abolishing women’s rights despite the promise of a peaceful transition.

Stay up to date with the ongoing situation in Kabul with Travel Radar. Be sure to follow us on Twitter & Instagram @thetravelradar. Our sincere thoughts go out to those affected by today’s events in both Afghanistan and Haiti.

Read More
Alaska Airlines has become the first carrier to offer a flight subscription service to passengers, similar to subscriptions…
Read More
The Civil Aviation Authority of Vietnam (CAAV) reported the successful appraisal for the investment planning of Sapa’s own…