It’s that time of year again. The Skytrax world’s best airport has been announced. Covid-19 took the world by storm last year, halting the aviation industry as we know and love it. Since then, airlines, airports, travel companies and seasoned flyers have witnessed the underbelly of the worst public health event in over a century. Airports resembled graveyards, graveyards resembled airports. Airlines liquidated, and travel plans became figments of our imagination. However, in all the darkness, travel has made a revival in recent months, and the desire to catch a flight to anywhere in the world has reached new heights. The Skytrax awards look a little different this year, with major airports falling rank and an entirely new awards category dedicated to the incredible efforts made by the aviation industry introduced. 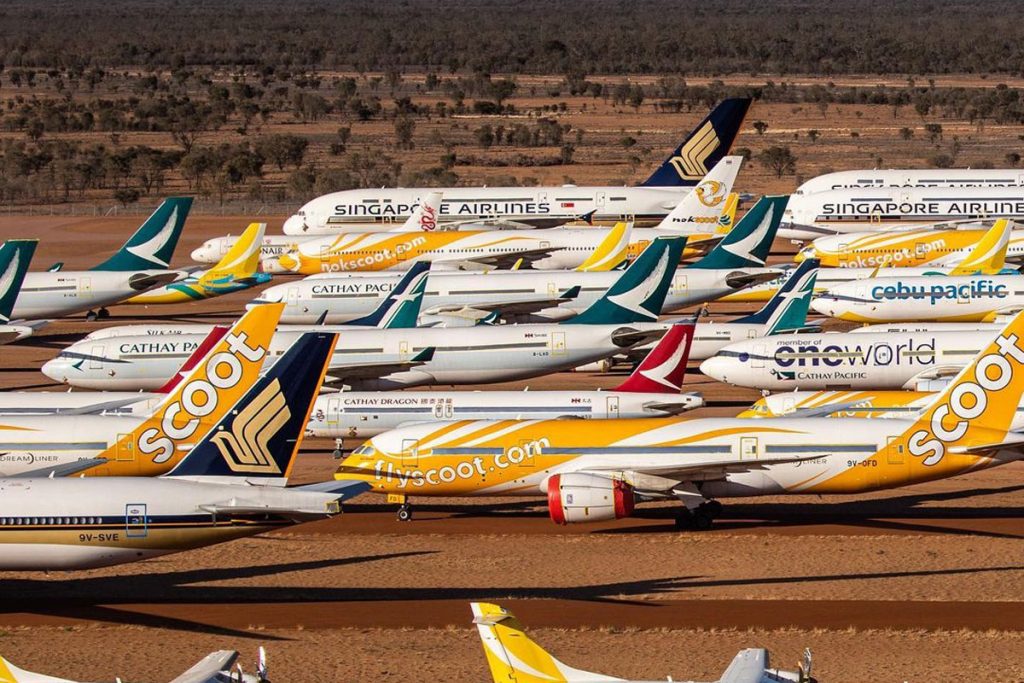 New Challenges For Airports, New Awards On The Table

The worldwide pandemic has tormented international travel since early 2020, but with any new challenge comes a new way to prosper. Many airports, small and big, stepped up this year to make air travel possible, even when the odds were against it. That’s why Skytrax decided to reward airports that have contributed to the rebirth of international flight by creating a new, Covid-19 relevant category.

With many airports around the world having seen a 70-80% drop in passenger numbers during our survey period, we considered that our 2021 awards should reflect these conditions, and whilst many customers voted for their favourite airport without visiting there in the last year, we had a very large survey response for airports where users have been travelling during COVID-19. – Edward Plaisted said in a statement for Skytrax

The annual airport customer survey took place from August 2020 until July 2021. Many travellers voted for their favourite airports rather than airports they travelled through during the year due to the numerous travel restrictions imposed by the pandemic. However, the lucky few that have managed a journey or two during this unique world event have been able to shed a new perspective in surveys. This is where the 2021 COVID-19 Airport Excellence Awards were conceived. 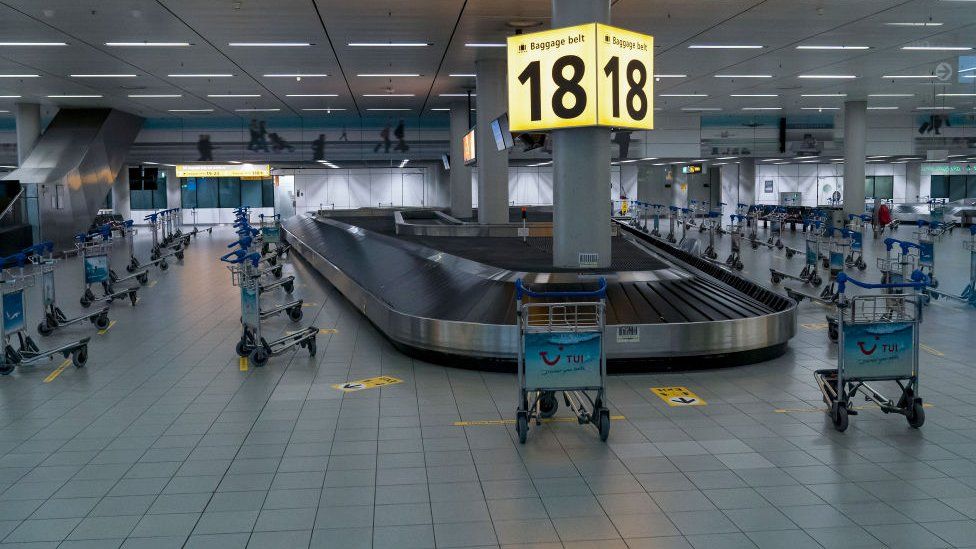 Airport apocalypse: Not a person in sight as the world pandemic event shunted travel plans throughout 2020 and 2021. © Getty Images 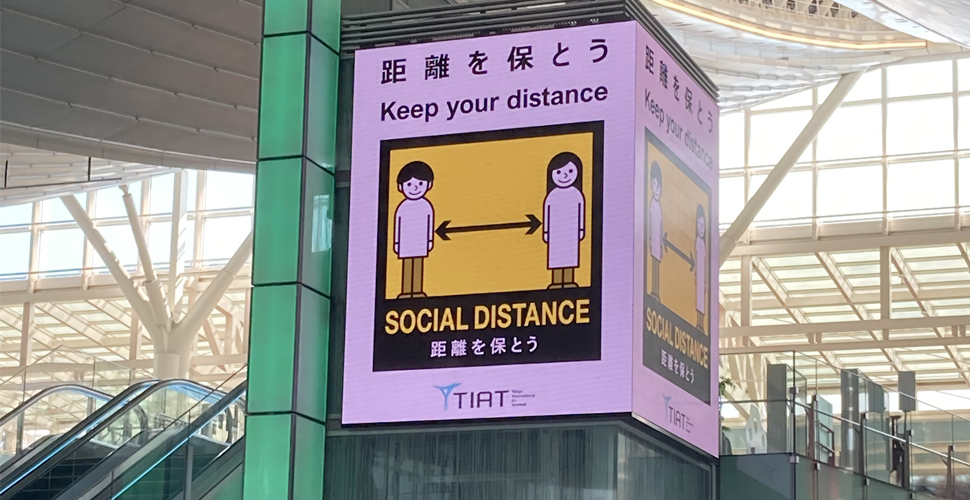 With too many variable factors and too many airports worthy of the top prize for their efforts, 39 airports received the award. For the full list, visit the 2021 COVID-19 Airport Excellence Awards page. After being awarded the first COVID-19 five-star airport rating by Skytrax last year, Rome’s Fiumicino airport was among the winners. Singapore Changi, London Heathrow, Dubai International, Doha Hamad, Hong Kong, Tokyo Haneda, and Sydney Airport were among the largest airports also featured. 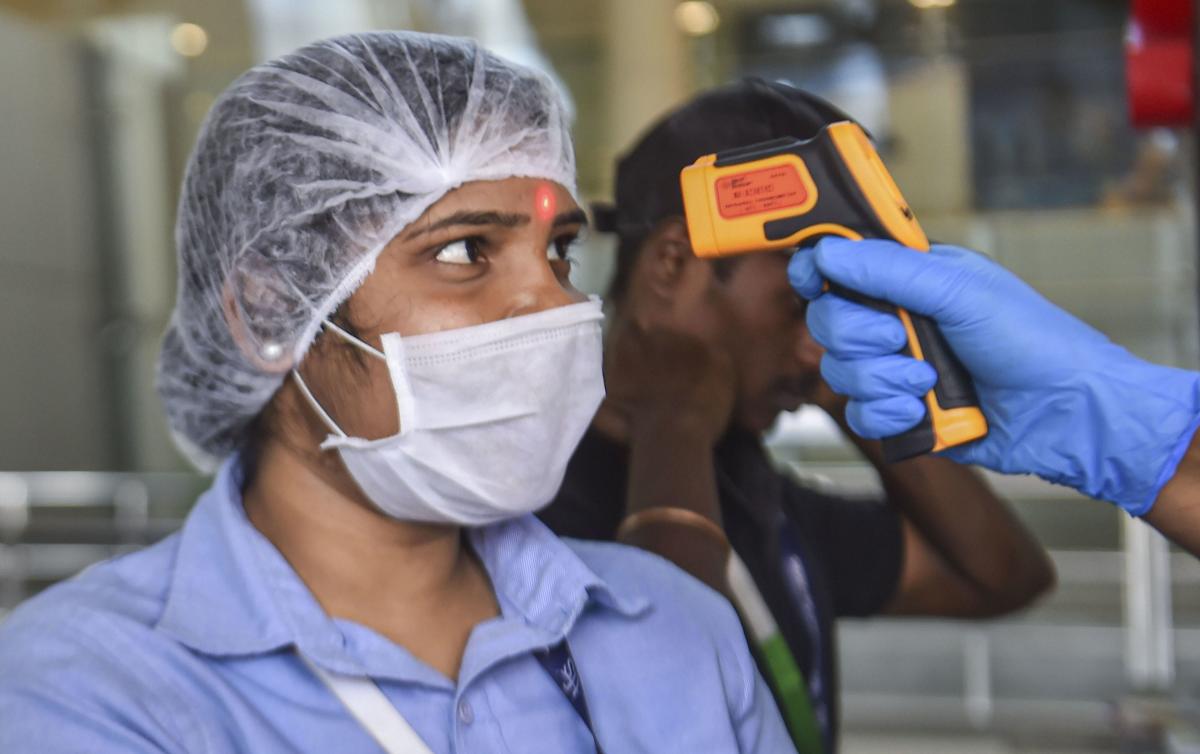 Has Singapore Changi Airport Hung On To The Top Prize For A Ninth Consecutive Year?

This year, the world’s best airports list looks slightly different, with many new inclusions in the Top 10 and Top 100. Some airports have had a fall from grace, while some have shot up the rankings by 85 places. The most notable table jumps belong to Istanbul Airport, going from 102nd in 2020 to 17th this year. With a similarly sized jump, Jeddah Airport went from 136th in 2020 to 50th in 2021, climbing 86 places. Significant drops in rank include Vancouver International after placing 13th in 2020 and falling to 24th in 2021. Taiwan Taoyuan also took a tumble from 18th in 2020 to 37th in 2021. However, enduring the most significant fall from 40th in 2020 to 60th in 2021 is London City Airport. 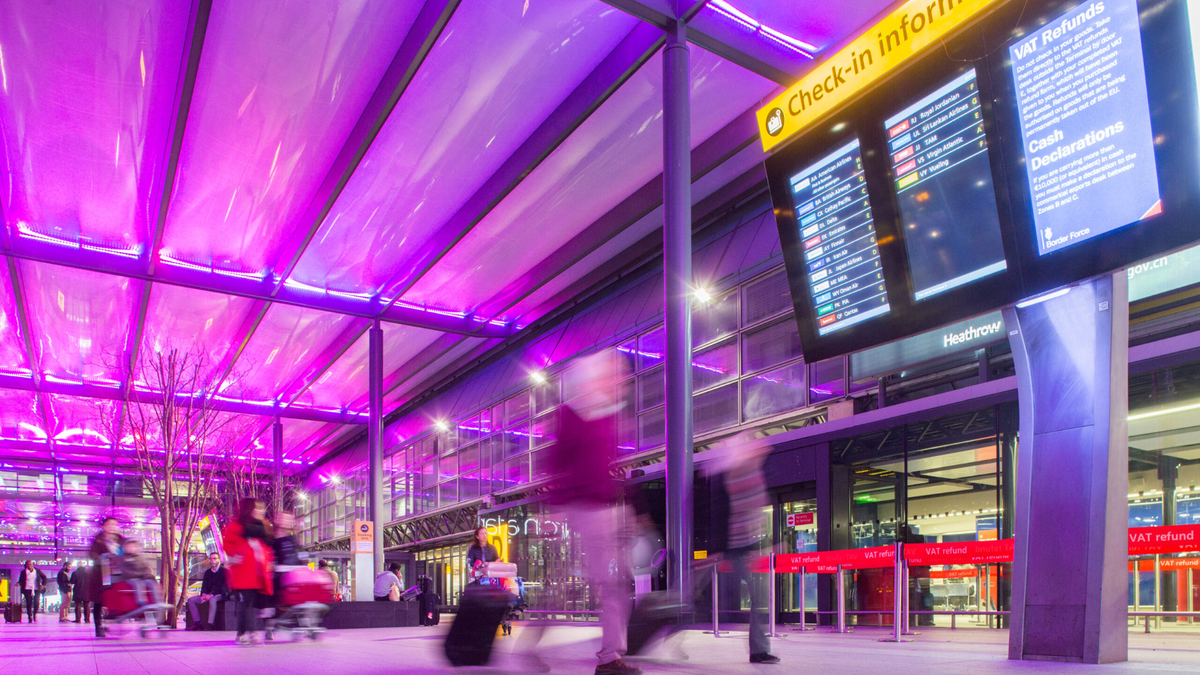 Which Airports Made The Top 10?

In at 10th is Hong Kong, falling four places from 2020, the most significant drop in the year-long period inside the top 10. Kansai Airport in Osaka came 9th, followed by London Heathrow Airport, which made the joint largest jump inside the top 10 by climbing four places. Equal to that progress at 7th is Zurich Airport, which placed 11th in 2020. Munich Airport takes 6th place, and Tokyo Narita is 5th, meaning Tokyo has two airports inside the top five. Remaining unchanged in 4th is Seoul Incheon.

Asia and Europe have dominated the tables this year, with Japan securing three airports in the top 10. Three airports remain. Which airport did the people vote for as the world’s best airport in 2020? 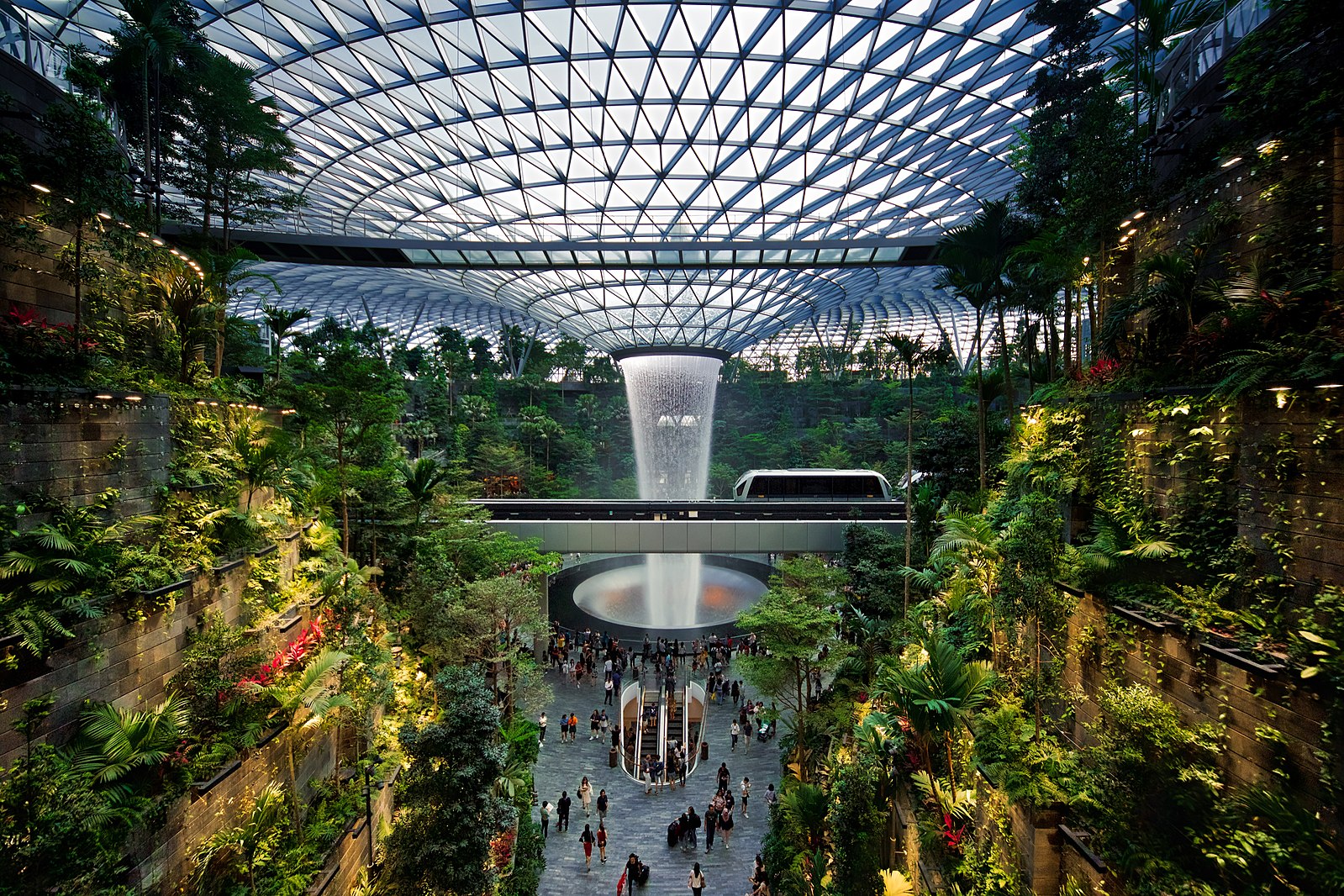 Singapore Changi Airport has shocked everyone by losing its status as the best airport in the world. © Matteo Morando

After an incredible run of eight straight years in pole position in the Skytrax world’s best airports awards, the mighty Singapore Changi Airport finally falls. Despite being awarded the COVID-19 airport excellence award and continuing to impress with its in-airport experiences, it wasn’t enough to hold 1st place for a ninth year. For any other airport, 3rd would be considered an achievement, but we get the feeling Changi will stop at nothing to regain its near decade long dominance in 2022! 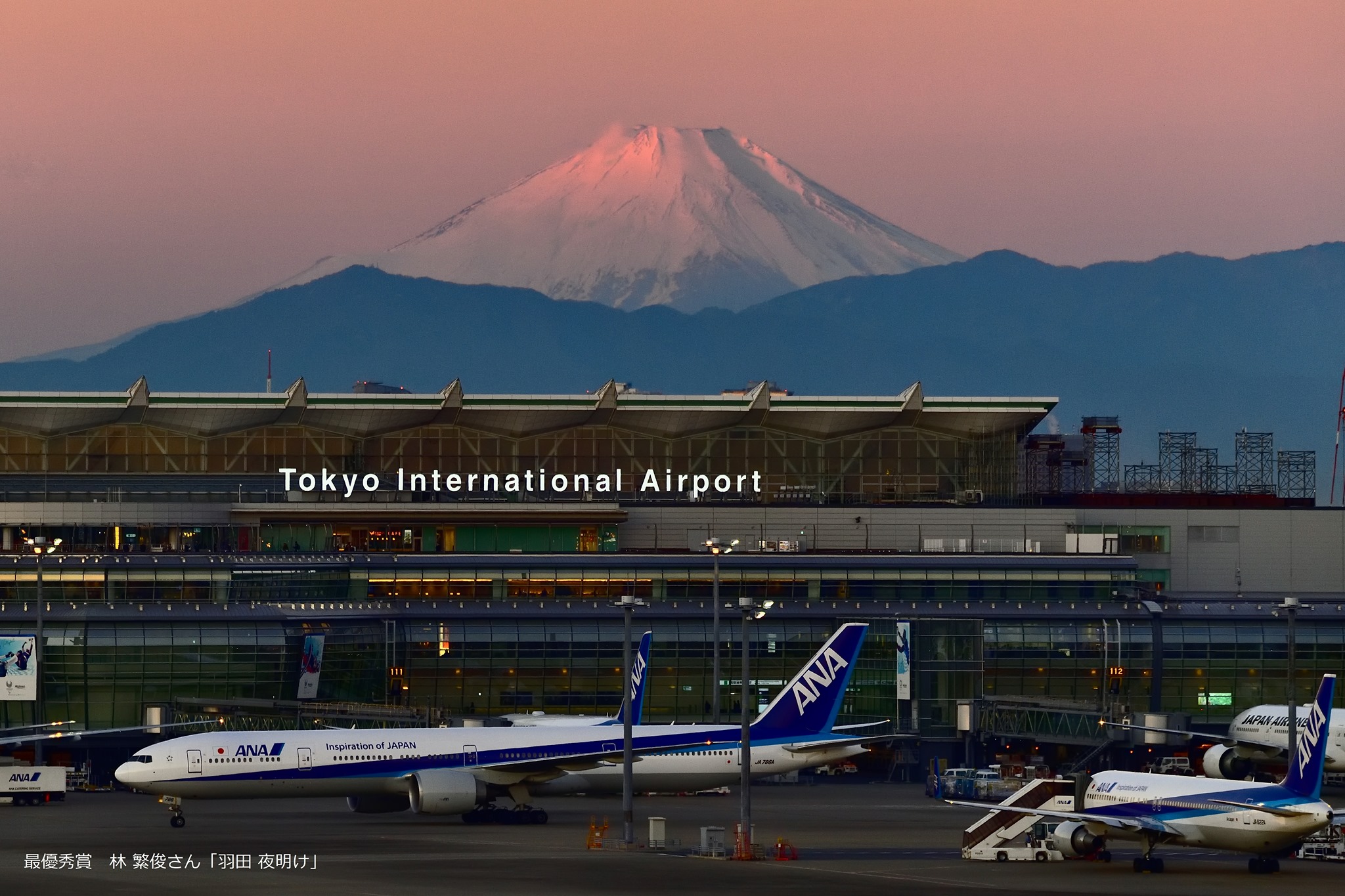 It doesn’t take a genius to figure out why Tokyo Haneda airport claims the second spot in the Skytrax World’s best airports awards. With mount Fuji standing tall in the backdrop of Japan’s highest-ranked airport, this is an airport you’ll want to visit. Cleaning up in the Skytrax Cleanest airports award yet again, plenty is working in Japan’s largest airport. It’s even claimed the top spot in the best domestic airport category thanks to its easy connections and convenient location, situated in one of the world’s most populated cities. 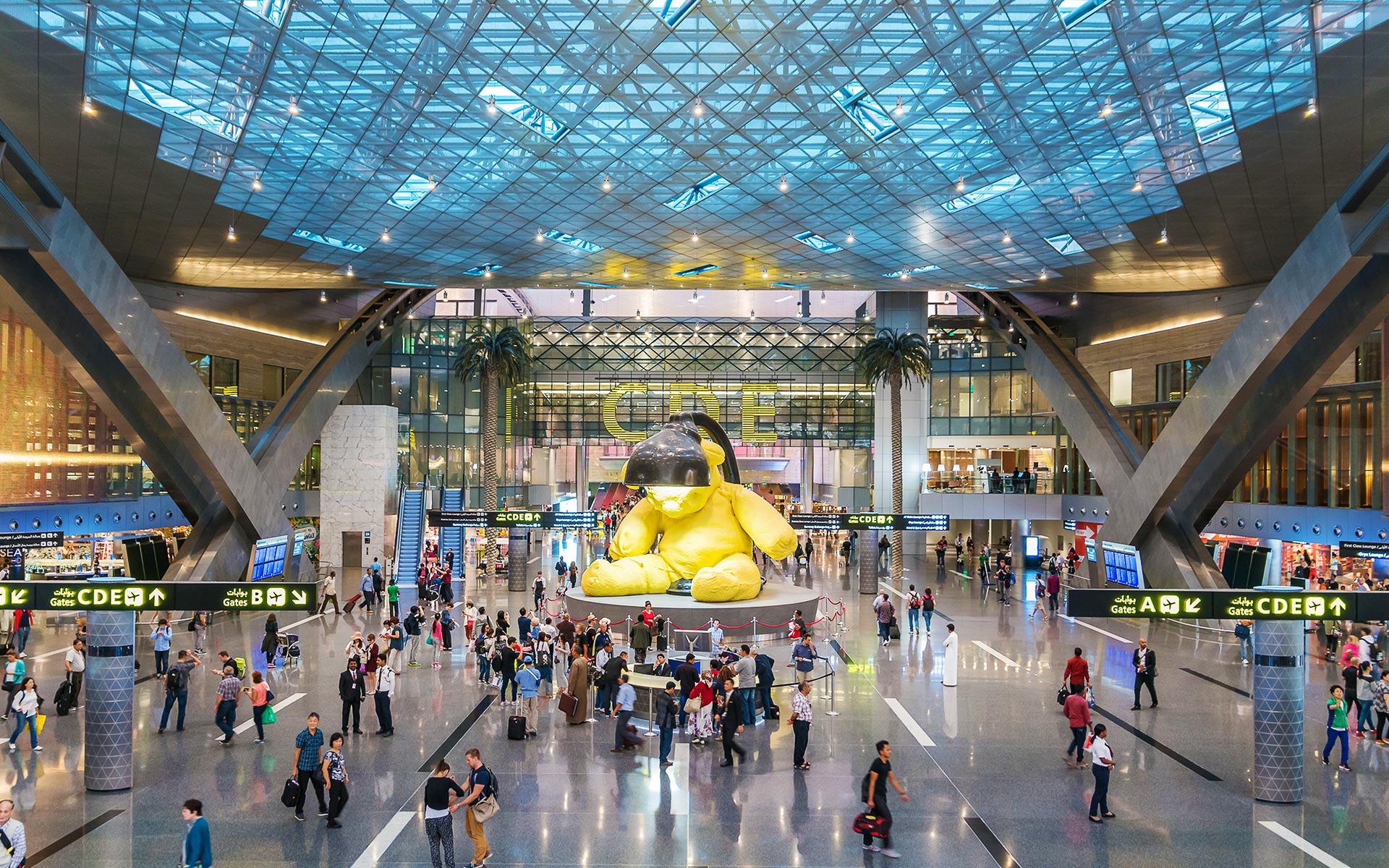 Doha Hamad International Airport has become Singapore Changi’s successor as the world’s best airport in 2021. After challenging for the top place for years, Doha Hamad has finally been rewarded for its efforts. The Qatari airport has received significant support from the national government, as have Qatar Airlines, the national carrier based at Doha Hamad. The result, the best airport in the world! 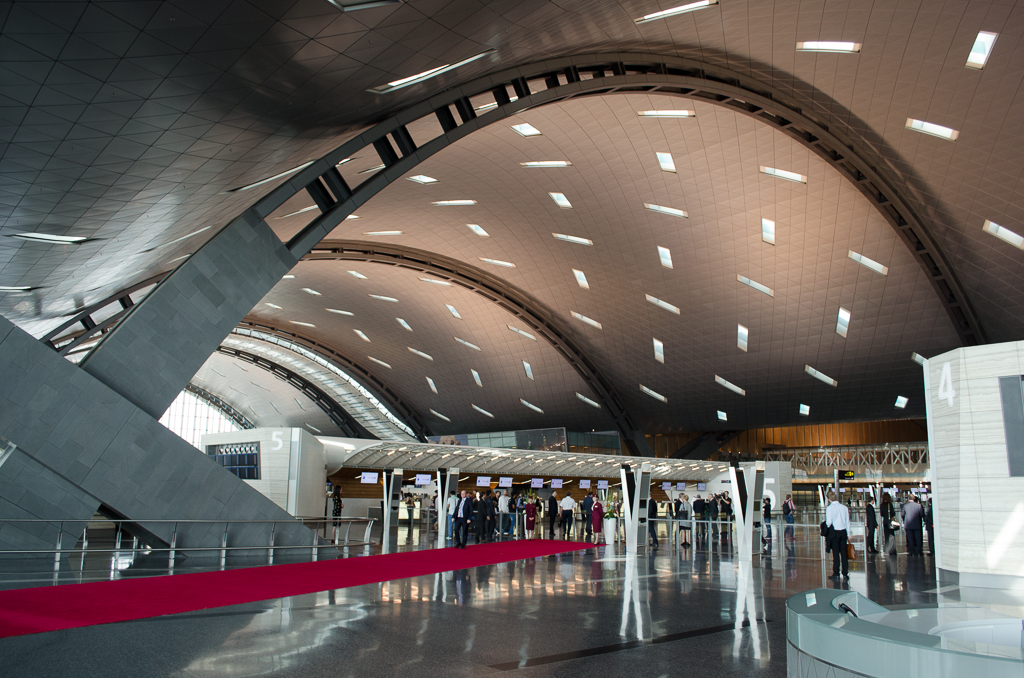 Doha Hamad Airport makes it to number one despite a challenging year for the aviation industry. © Qatar Airways

Best Airports By Passenger Numbers in 2021

This year, Skytrax recognised that many airports lacked their usual numbers, with some airports doing better than others depending on how COVID-19 affected their country or territory. As a compromise, airports have been ranked based on their passenger numbers in 2020/21 with eight categories. 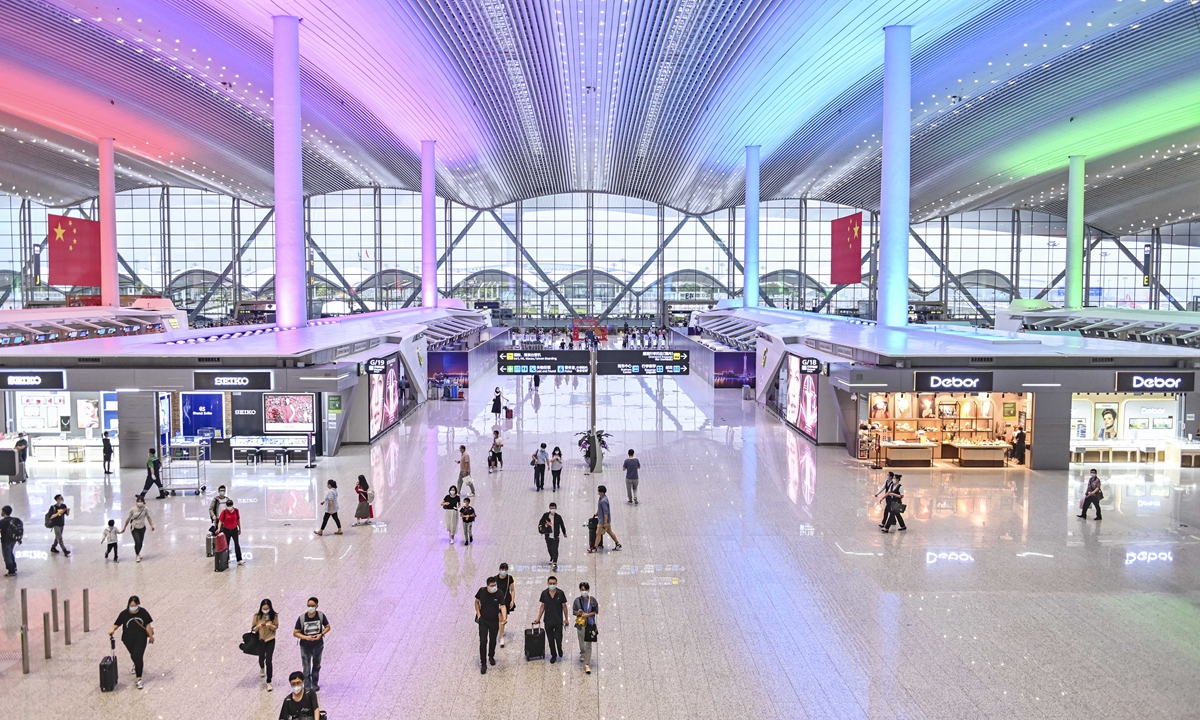 Guangzhou Baiyun International Airport was the busiest airport in 2020 and is on track to retain the title in 2021. © CNS Photo 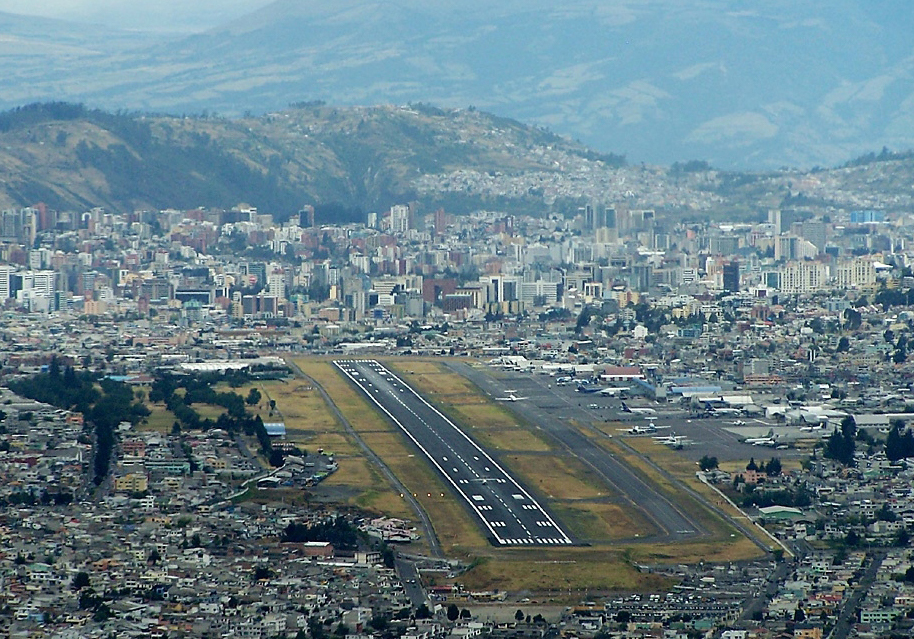 In other awards, Istanbul won the most improved airport award, which was reflected by their performance in the Skytrax world’s best airports awards. Seoul Incheon received recognition for best airport security, and Changi is among the awards, again winning the best airport staff award. For the full list of winners and 2021 awards, visit the Skytrax website.

Who do you think will take the top prize in airport awards in 2022? Let us know in the comments.

Deputy Editor - Jonathan is a creative professional with a strong background in Journalism, Aviation and Photography. Jonathan writes about commercial aviation, aerospace engineering, and sustainability. With extensive writing skills and knowledge of general media, Jonathan has worked closely with tech start-ups and digital marketing agencies around Australia and the world.