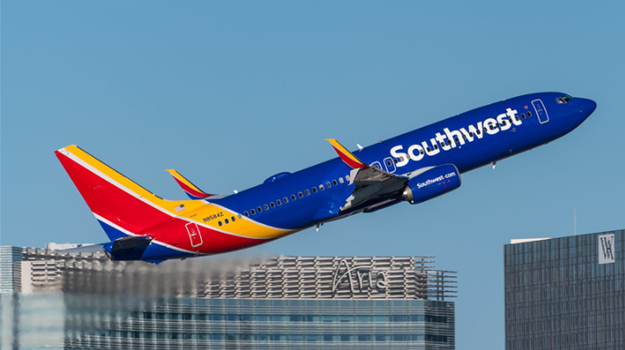 The low-cost carrier, Southwest Airlines (SWA) is turning 50 and to commemorate the occasion, SWA bestows the gift of low-priced fares, an offer which they keep on extending.

The Gift that Keeps on Giving

Back in February, Southwest Airlines (SWA) announced its 50th birthday and to celebrate this they offered one-way fares within the continental US for as low as $50 in a nationwide sale. Customers had to be quick for those $50 flights were only available between January through to February 8. With flights including Los Angeles (LA) to Las Vegas, or from Atlanta, Georgia to Nashville, Tennessee. With prices steepening for those flying from New York to say Baltimore for $76, or Houston to Cancun from $175.

The catch was that you had to purchase the tickets within 21 days of flying to guarantee travel between February and May, and as they were one-way tickets, the trip would cost double the amount for a return.

Yet in April, this hurry-buy-now-fly-later scheme was extended, running between April 12 to May 3 2021 for travel across the US. With travel to San Juan, Puerto Rico, Hawaii, and international travel valid from May 3 through to November 2021.

A scheme that has been introduced yet again for SWA tweeted last week (May), that they are offering low fares ‘‘to celebrate 50 years of flying with heart’’.

So why does SWA keep on extending the offer?

One reason could be that they are still technically 49. South West Airlines (SWA) was established June 1971. After starting with no employees, no resources, whilst experiencing strife with competitors, Branniff and American Airlines, they flew their first inaugural flight to make its mark – therefore their birthday is actually in June, that these offers are pre-celebratory.

Or perhaps another reason could be the drop in sales caused by the coronavirus. COVID-19’s impact on the aviation industry has been devastating to say the least. This has been especially so for United States’ (U.S.) airlines. According to CNBC, U.S. carriers’ losses have topped $10 billion in the third quarter of 2020 as restrictions were enforced.

With regards to SWA, the carrier reported a fourth quarter net loss of $908 million, or $1.54 loss per diluted share. Ending the year with liquidity of $14.3 billion, well in excess of debt outstanding.

Gary C. Kelly, Chairman of the Board and Chief Executive Officer commented on the impact COVID-19 has had on the airline, stating: ‘‘The airline industry was hit especially hard in 2020, and we incurred our first annual net loss since 1972. Our annual 2020 operating revenues declined approximately 60 percent, year-over-year, and we experienced our largest monthly decline in operating revenues in April 2020, down 92 percent, year-over-year, when the pandemic spread and shelter-in-place orders and similar restrictions were implemented throughout the country.’’

Taken together SWA has struggled with the pandemic but with restrictions easing and summer on its way, reinforcement of this marketing strategy along with others could see a welcome rise in their sales.

What do you think of South West Airlines’ extended promotion? Let us know below.

How Safe is it to Board a Flight amid a Pandemic?

Read More
Private jet charter companies played a large part in getting people home during lockdown due to the coronavirus…
Read More
Yesterday it was announced that Rolls-Royce’s all-electric aircraft is just a matter of weeks away from taking to…
Read More
This morning, Austalia’s flag carrier Qantas announced a ‘harsh’ “Post-Covid Recovery Plan” for surviving the aftershocks of the…